On April 15, 2013, BHL-Africa officially launched. BHL-Africa’s mission is to provide open access to the valuable biodiversity literature found within African libraries and institutions. The African consortium is hard at work identifying partners throughout the continent to sign an MOU and commit to working towards this noble objective.

Monday, April 15, began with a launch ceremony, detailed in our blog post last week, during which the BHL MOU with SANBI was signed by Dr. Nancy Gwinn and Dr. Tanya Abrahamse (SANBI CEO). The real work began after the launch, with the start of the BHL-Africa workshop.

Day one of the workshop (Monday, April 15, afternoon) was devoted to addressing final MOU questions and outlining participants’ expectations for the meeting. Key expectations and areas in need of discussion included: Clarifying BHL’s open access policy and its implications for African participants; a concise description of the value of BHL for participating institutions in order to secure managerial buy-in; organization of clear fundraising strategies; the need for extensive training; identification of available resources and digitization capacity building; and the best way to collaborate and share resources amongst participating members. Overall meeting expectations were to elect a BHL-Africa Steering Committee and establish an outline for a two-year work plan.

Much of day two (Tuesday, April 16) was spent investigating workflow and organizational questions, including collections development, copyright, communication, and infrastructure. The primary reason for the presence of the BHL-US/UK team was to offer our African colleagues the expertise we have gained in these areas over the past six years, as well as to help define global expectations for our new members.

Towards this end, Nancy Gwinn began by identifying four main expectations for BHL-Africa: Content Creation; Audience Building; Content Identification; and Partnership Building. In short, these expectations translate to not only growing the BHL corpus by digitizing African collections, but also helping BHL identify content to scan, both within and outside of Africa. Furthermore, BHL Africa must work to both build the BHL audience by promoting the project throughout the continent, but also expand the BHL consortium by identifying institutions that can contribute to the initiative.

Constance Rinaldo then gave a presentation on copyright, defining public domain, open access, and the Creative Commons licenses employed by BHL-US/UK. She was quick to stress, however, that each BHL node and institution must follow the copyright laws of their own countries, and, as BHL is not a legal entity, it is ultimately each scanning institution that is legally responsible for the content they contribute to the collection.

Bianca Crowley then gave our African colleagues some insight into the BHL-US/UK collection development process, outlining our selection and de-duplication process, digitization principles, metadata requirements, and content integration. Communication and collaboration methods were a key point of discussion, as they are critical for successful collections development.

Finally, William Ulate detailed the BHL infrastructure, demoing the Macaw tool developed by Joel Richard at the Smithsonian Libraries, which is used to ingest books through Internet Archive into BHL. A remote installation of Macaw is running at the University of Pretoria and can be accessed via the web by any BHL-Africa participant to load digitized content into BHL.

BHL-African participants were also given a chance, on day two, to break out into two working groups, dedicated to Collections Development/Copyright and Outreach/Communication. These sessions allowed participants to apply the information given during the presentations to the realities of the BHL-Africa project.

The final day of the meeting (Wednesday, April 17) was spent identifying preliminary tasks for a two-year BHL-Africa workplan and electing a BHL-Africa Steering Committee. Workplan components include establishing a list of titles that each institution wishes to contribute to BHL; drafting documentation, based largely on existing files from gBHL, for workflow and collaboration guidance; and drafting a preliminary communication and outreach plan, which addresses not only external, but also internal, communication needs.

The BHL-Africa Steering Committee was also elected at the meeting. BHL-Africa has been divided into three regional nodes: North/Central; Eastern; Southern. Each regional node elects two representatives for the Steering Committee. Currently, there is no representation in North/Central Africa within the project, so only four members (two from Southern, two from Eastern) were elected at the meeting. Elected members include: Anne-Lise Fourie (SANBI, Southern); Ria Groenewald (University of Pretoria, Southern); Ashah Owano (National Museums of Kenya, Eastern); and Loi Namugenyi (Uganda National Council for Science and Technology, Eastern). Lawrence Monda (National Museums of Kenya) was elected as the BHL-Africa Technical Representative. Two additional members will be elected as North/Central institutions are added to the BHL fold. The Steering Committee will be responsible for providing strategic guidance, developing fundraising plans and approving budgets, and organizing pan-continental efforts.

The three-day BHL-Africa launch and workshop was an extremely successful event which resulted in the creation of an actionable plan for project development and the identification of notably capable leadership. Meeting attendees left feeling energized, with a clear sense of purpose. Just one and a half years ago, at the Life and Literature conference, the concept of BHL-Africa was born. Today, it is a reality. We congratulate our colleagues on the astounding progress they have made and look forward to seeing great things from BHL-Africa! 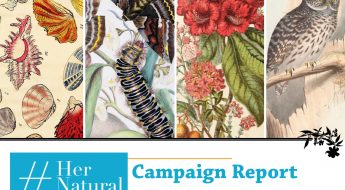 Impressions from afar: an account of our Fourth Annual Global BHL Meeting 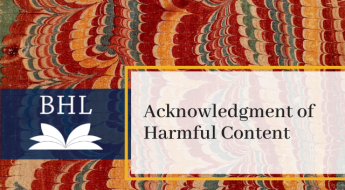