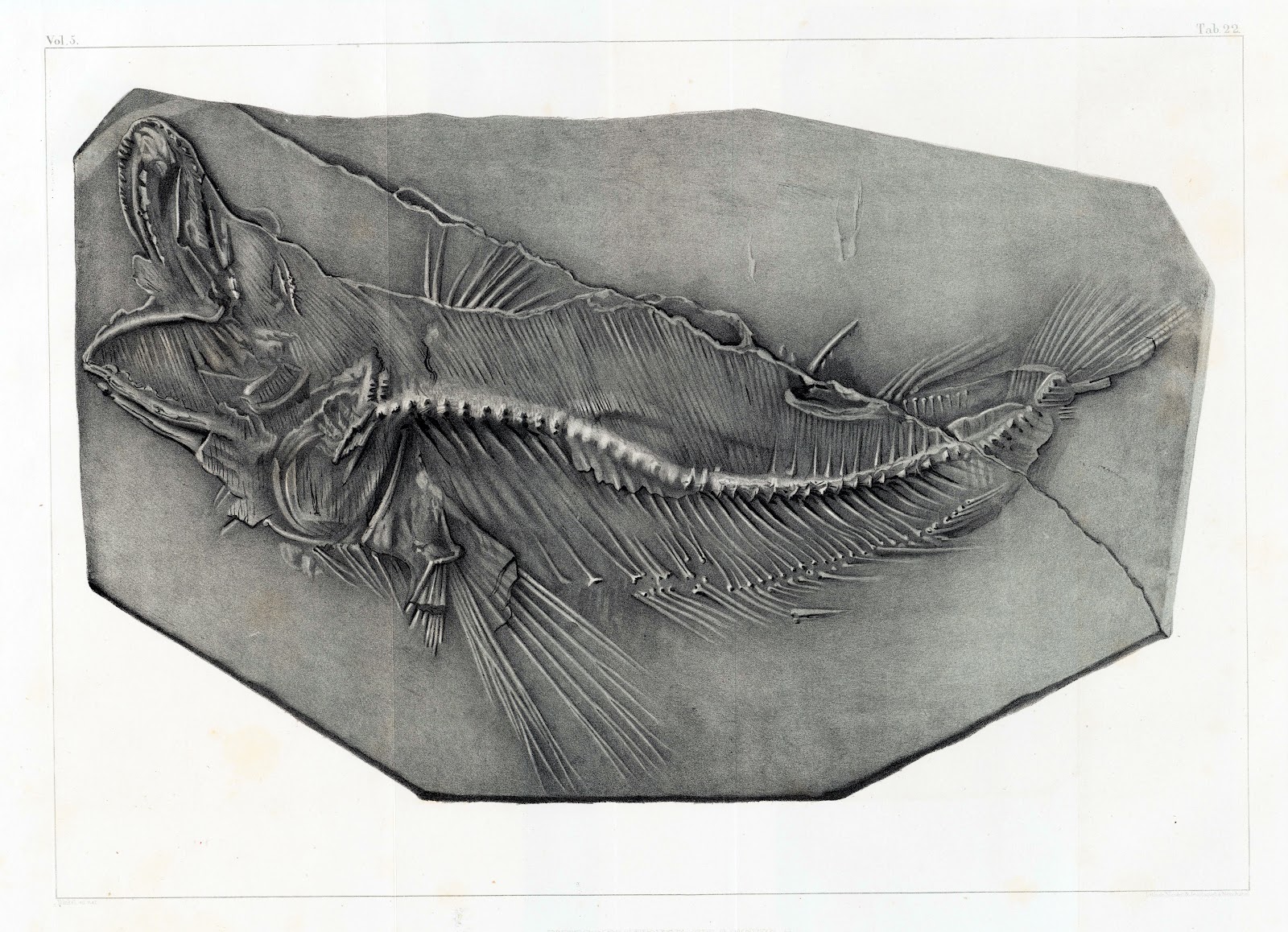 Monday, May 28, marked Jean Louis Rodolphe Agassiz’s 205th birthday. Louis Agassiz was a famous Swiss paleontologist, glaciologist, and geologist who made critical advances in the fields of ichthyology and glaciology. During his lifetime, he received the Wollaston medal, was named a member of the Royal Society, the Royal Swedish Academy of Sciences, and the American Academy of Arts and Sciences, and served as the head of the Lawrence Scientific School at Harvard University. And last, but certainly not least, Agassiz founded the Museum of Comparative Zoology at Harvard University.

Born in Môtier, Switzerland, in 1807, Agassiz’s original interests laid in medicine, but he developed an affinity for zoology, particularly ichthyology, after meeting Georges Cuvier, renowned French naturalist and zoologist. In 1826, Carl Friedrich Philipp von Martius asked Agassiz to study a collection of fish brought back from an 1819-20 expedition to Brazil. The endeavor marked the launch of Agassiz’s work in ichthyology. The project was completed in 1829, and by 1830, Agassiz, fully engrossed in the subject, issued a prospectus of a History of the Freshwater Fish of Central Europe, which was finally published from 1839-42.

Agassiz achieved worldwide fame with the publication of Recherches sur les poissons fossiles, a five volume, gorgeously-illustrated set, published from 1833-43. The work described the fossil fish housed at the University of Neuchâtel, where Agassiz taught as a professor. The stones containing the fossils came from the slates of Glarus and the limestones of Monte Bolca. 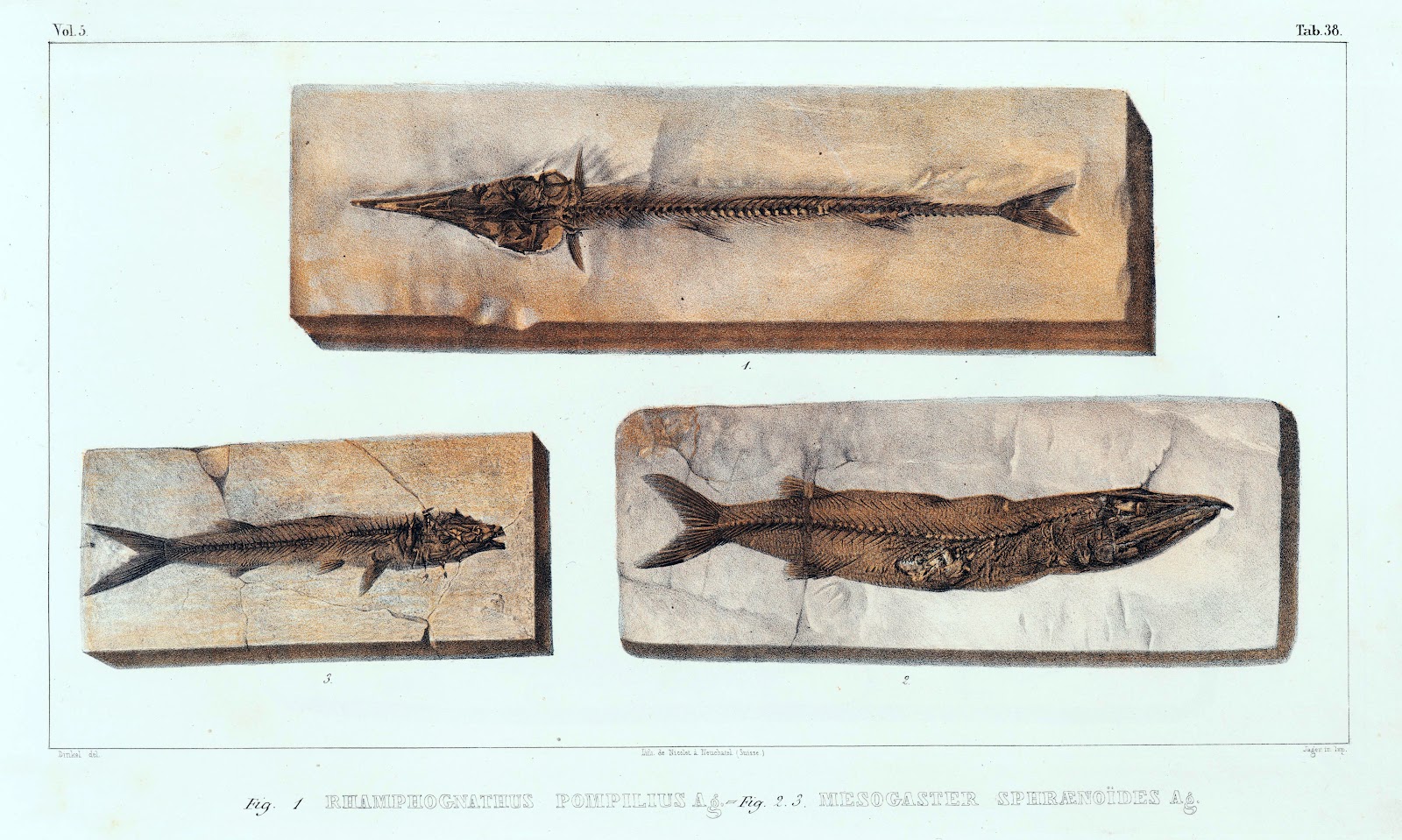 Agassiz’s research for Recherches prompted him to develop a new classification system for fish, dividing them into the four groups Ganoids, Placoids, Cycloids and Ctenoids. The division was based on the scales and dermal appendages exhibited by each specimen, as these characteristics were often the only traits preserved in fossils. Though no longer in use, Agassiz’s system served as an important advancement in the study of fossil fish.

Recherches contains 402 lithographic plates, 318 of which are hand-colored. It describes more than 1,700 ancient fish species. To support the continued development of the project, the Earl of Ellesmere purchased Agassiz’s 1,290 original drawings for the work, which were ultimately presented to the Geological Society of London. A complete copy of the work sold at Christie’s Auction House in 2003 for $8,537.

During his lifetime, Agassiz published material about echinoderms, fossil mollusks, embryology, and glaciers. He was the first to advocate scientifically for the advent of an ice age in earth’s history, which resulted in his two-volume work Etudes sur les Glaciers. Agassiz ultimately settled in the United States, and, perhaps most importantly for BHL, founded the Museum of Comparative Zoology at Harvard University in 1859. The museum’s library is one of the founding members of BHL and the contributor of our copy of Recherches sur les poissons fossiles. By the time of his death, Agassiz was one of the best-known scientists in the world.

You can see a selection of the illustrations from volumes 2 and 3 in Flickr and browse the entire work in BHL. We’re proud to have our own history so intricately interwoven with this great man and send a heartfelt birthday wish his way. Happy birthday, Louis Agassiz! 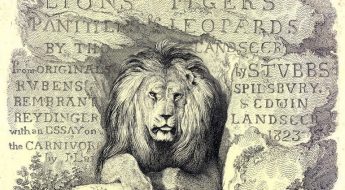 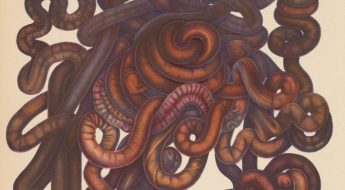 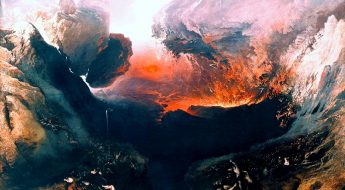