The Library of Congress announced its membership to the Biodiversity Heritage Library today. The fifteenth partner of the BHL, the Library of Congress will contribute to the digitization of historical science literature in the collection. All material will be online, free and available to the public.

“The Biodiversity Heritage Library is the preeminent global repository for historic science literature,” said Martin Kalfatovic, Smithsonian Libraries Associate Director for Digital Services and BHL Program Director. “We are excited that the Library of Congress has joined us in this effort, which is a vast information center providing resources to researchers, students and the general public interested in biodiversity.”

The Library of Congress, the nation’s oldest federal cultural institution and the largest library in the world, holds more than 151 million items in various languages, disciplines and formats. The Library seeks to spark imagination and creativity and to further human understanding and wisdom by providing access to knowledge through its collections, programs, publications and exhibitions. Many of the Library’s rich resources can be accessed through its website at www.loc.gov.

BHL is also pleased to note that Cornell University Library, a BHL member since January 2012, has expanded it’s role in the BHL by becoming a Steering Committee member in January 2013. “We feel being part of BHL this past year has been very positive for Cornell and look forward to participating at the Steering Committee level” said Mary Ochs, Director of the Albert R. Mann Library at Cornell University.

We’re excited to welcome the Library of Congress to the BHL family, and look forward to Cornell’s expanded role in our consortium! 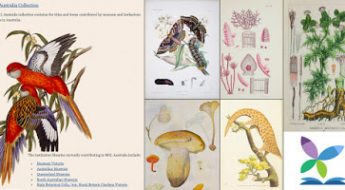