Happy Earth Day!  This special day for recognizing and fighting the serious and negative effects of climate change began on April 22nd, 1970.  On that first Earth Day, 20 million Americans peacefully demonstrated to shine light on the devastating effects of modern life and production on wildlife and the climate.  Soon after this the Clean Air Act, Clean Water Act, Endangered Species Act, and other laws meant to protect the environment were passed by the government.  By the 1990s Earth Day expanded and came to be celebrated by over 200 million people in 141 countries–and now more than 1 billion people all around the world participate on Earth Day in order to help the environment.
Climate change refers to changes happening to the world climate, which are linked to rising sea levels, melting glaciers, and shifting flower and plant blooming times.  Contributions to human-induced climate change include the burning of fossil fuels, which releases heat-trapping gases into the air.  Climate change affects biodiversity of all kinds and in all areas of the world, often by depriving animals of their habitats and food sources, or changing their living conditions dramatically and dangerously.
Deforestation, another driving cause of climate change, is the cutting down of trees on a very large scale, and it happens most often due to agricultural reasons, financial reasons, or human expansion into new areas to live.  Millions of species lose their habitats as a result of deforestation.  In addition, without the trees to provide a forest canopy to block the sun during the day and capture heat at night, extreme temperature swings result and can negatively impact plants and animals in the area.
There are lots of things that you can do this Earth Day to help fight climate change.  One of the most important things people and organizations do is plant trees.  This short read, Trees Are the Answer. . .to America’s Growing Environmental Concerns, is just as relevant today as when it was published.  Trees fight climate change by absorbing excess CO2 from the atmosphere.  CO2 is harmful to the climate and is created by such things as car emissions.  In one year, an acre of mature trees can absorb enough CO2 to make up for a car that drove 26,000 miles (source).  In addition to absorbing CO2, trees absorb other climate pollutants such as nitrogen oxide and ammonia, and act as a filter to capture harmful particulates in their leaves and bark.  In addition to planting trees, you can take part in cleaning local parks and streams, start composting to turn food waste into soil, eat less meat to reduce greenhouse gas emissions that are a byproduct of the meat industry, stop using disposable plastic which can kill wildlife and destroy ecosystems, buy local produce to reduce the carbon emissions needed to drive in non-local produce, drive less to reduce your carbon footprint (try biking for some healthy fun!), sign up to stop receiving junk mail which wastes paper, and recycle electronic devices which are normally thrown into landfills that pollute the environment.
If you are a budding naturalist, you can help the climate and biodiversity by becoming a Citizen Naturalist–anyone can do this, including kids!  Citizen Naturalists monitor their local ecosystems and threats to wildlife and submit their observations to citizen science programs.  There are many groups dedicated to wildlife observation to help protect wildlife and fight climate change, and some of the fun animals you can help observe include frogs, birds, fireflies, and Monarch Butterflies.  If you want to work alongside a professional scientist, you can become a Citizen Science volunteer, where you assist scientists in their research to help analyze and combat the effects of climate change.  Check out the National Wildlife Federation’s page about Citizen Naturalists and Scientists for more information about groups to join and project ideas: NWF Citizen Science Resources.  You can also get involved with Citizen Science through BHL: Click Here for BHL Citizen Science Information!
How do you plan to get involved this Earth Day?  Tell us below!
www.earthday.org
https://www.epa.gov/earthday
https://www.nwf.org/Wildlife/Wildlife-Conservation/Citizen-Science.aspx
http://environment.nationalgeographic.com/environment/global-warming/deforestation-overview/
http://climate.nasa.gov/
#EarthDay, #EarthDay2016, biodiversity and climate change, biodiversity conservation, citizen naturalist, Citizen science, climate change, deforestation, Earth Day, earth day 2016, trees and climate change
April 22, 2016
Share This Post 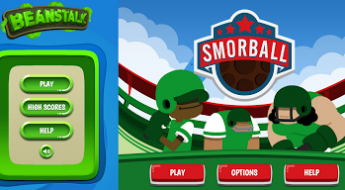 Smorball and Beanstalk: Games that aren’t just fun to play but help science too