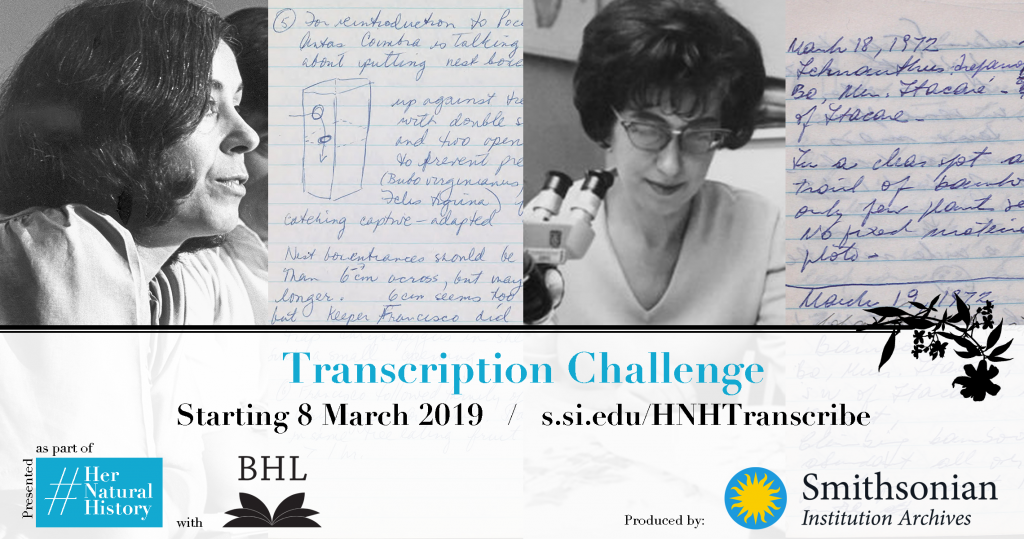 Looking for a challenge? The Smithsonian Institution Archives and the Smithsonian Transcription Center are teaming up for a #HerNaturalHistory-themed transcription challenge. Starting today (8 March), help a team of #volunpeers transcribe field notes from conservation biologist Devra Kleiman and botanist Cleofé Calderón. Dive into observations of golden lion tamarins with Kleiman, who worked at Smithsonian’s National Zoological Park from 1972 to 2001. And head to South America with Calderón to collect grasses for Smithsonian’s Department of Botany.

When? Starting TODAY, 8 March 2019
Where? Smithsonian Transcription Center. The field notes are available on the Smithsonian Institution Archives project page.

The Smithsonian Institution Archives has launched 11 field books on the Smithsonian Transcription Center. Throughout the month, additional field books will be added as others are completed. Our goal is to fully transcribe 18 field books in total (9 from each woman) by the end of March.

These transcriptions will also make the corresponding digitized field books in the Biodiversity Heritage Library more discoverable, as they can be uploaded in place of the automatically-generated OCR text in BHL to allow the field books to be full-text searchable. This will make it easier for researchers and the public to explore these valuable primary source materials and access specific information from their pages.

We hope you’ll join our #HerNaturalHistory transcription challenge to help improve access to and discoverability of the primary research of two female naturalists. Continue reading to learn more about Kleiman and Calderón.

This challenge is presented as part of the #HerNaturalHistory campaign — an international social media campaign produced in collaboration with BHL partners to celebrate women in natural history. Visit the Her Natural History webpage to learn more about this and other events and programming occurring all month long. 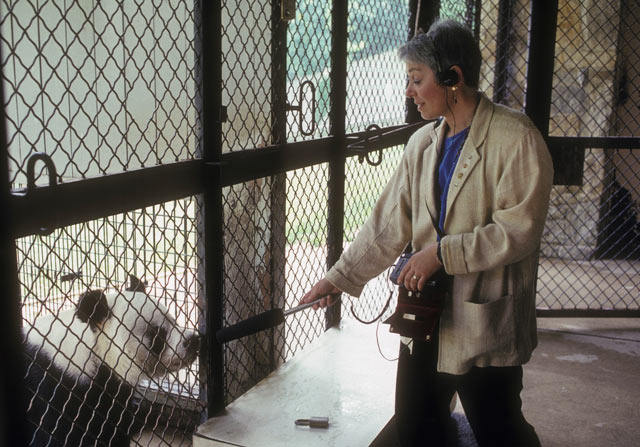 Smithsonian Institution Archives holds a large collection of archival materials documenting Kleiman’s research and professional activities. Many of her field books have been digitized in the Biodiversity Heritage Library as part of the Smithsonian Field Book Project. 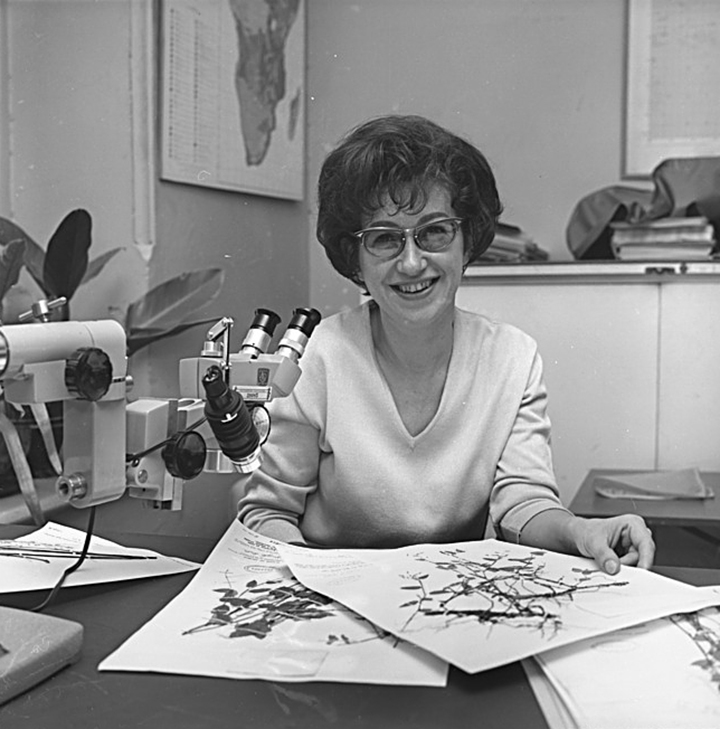 Botanist Cleofé Calderón (1929-2007), born in Buenos Aires, Argentina, studied with renowned agrostologist Prof. Ing. Lorenzo Parodi at the University of Buenos Aires. She was introduced to Dr. Thomas R. Soderstrom, Curator of Grasses in the Department of Botany at the U.S. National Herbarium at the Smithsonian, during a trip to Washington, D.C. in 1961-62. The two began a close collaboration, and Calderón became a prominent botanist specializing in bamboo. With support from the Smithsonian, the Office of Scientific Affairs of the Organization of American States, and the National Geographic Society, Calderón conducted extensive field work in Central and South America, collecting plant specimens in Panama, Costa Rica, Ecuador, Colombia, and Brazil between 1966 and 1982. One of her most significant finds was the “re-discovery” of Anomochloa marantoidea, a small species of bamboo last seen in the late 1840s.[2]

Smithsonian Institution Archives holds a collection of field books documenting Calderón’s botanical research in Brazil, Panama, and Colombia between 1967 and 1981. Many of these have been digitized in the Biodiversity Heritage Library as part of the Smithsonian Field Book Project. 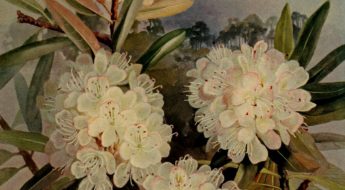 « Previous post
Isabella in Hawaii: The Adventures of an Amateur Botanist in the 1860s
Next post »
Her Natural History: A Celebration of Women in Natural History