2017 marks the bicentenary of Sir Joseph Dalton Hooker’s birth in the town of Halesworth in Suffolk, UK. During the course of his life (1817-1911), Hooker would become one of the most distinguished and lauded scientists of his day and would hold the position of Director of the Royal Botanic Gardens, Kew for 20 years (1865-1885).

As part of Kew’s celebration of this important event, the Joseph Hooker Correspondence Project is pleased to announce that Hooker’s Antarctic Journal, the unpublished manuscript documenting his first major expedition, is now available online through our partner Biodiversity Heritage Library.

Hand written, the Journal is over 200 pages long and provides a detailed account of Hooker’s time as Assistant Surgeon on the HMS Erebus as part of Ross’s expedition to the Antarctic (1839-1843). The Journal also contains numerous pencil and watercolor sketches of the sights Joseph Hooker encountered during his 4 year adventure and provides important evidence for Hooker’s earlier interest in botanical science.

The voyage to the Antarctic was Hooker’s first botanical expedition and he was aged just 22 on departure. The expedition lasted for four years, spending the winter months in New Zealand and Tasmania and then voyaging around the Antarctic continent during the summer months. The observations Hooker recorded in this journal and numerous other notebooks formed the basis of a flora of Antarctica and also of the wider regions visited.

The Journal records much of the detail of Hooker’s time during the voyage and provides valuable insight into his scientific practices on board but also the day to day routine of the journey from the mundane to the hazardous. It also records Joseph’s feeling about the unique land and seascape of the region and the botanical discoveries he was making, which often left him awestruck. On a more whimsical note he also records the necessity for acquiring a taste for penguin soup, as the animals were the only source of fresh meat and were kept live on ship.

As part of the project to digitize the Journal, we have also assessed its conservation needs and undertaken necessary repairs and rehousing to ensure the long-time safety of this invaluable item. Prior to digitization, it was agreed that the early 20th century binding that housed the journal was not suitable and should be removed.

Once the binding was removed, it was discovered that the Journal was actually made up of a number of ‘volumes’ and certain pages had become loose.

A number of the pages were also treated to stabilize the ink in a ‘bath’ to allow for more extensive repair work to be undertaken.

Following this initial stage of the conservation, the Journal was digitized in preparation for its inclusion in the BHL online catalogue. It is hoped that by making the Journal freely available, a wider audience will be able to appreciate the important and valuable information contained in this unique item. This also speaks directly to the aims of the Joseph Hooker Correspondence Project, which is working to make Joseph Hooker’s correspondence freely available through the Project’s online portal.

We are now organizing for the Journal to be rebound sympathetically to its needs and in light of it being one of our most referenced Archival items here at the Royal Botanic Gardens, Kew.

We would like to thank Frederik Paulsen for supporting the conservation and digitization of Joseph Hooker’s Antarctic Journal and for helping to make it publicly available through the Biodiversity Heritage Library.

Cam Sharp Jones is a Project Officer for the Joseph Hooker Correspondence Project at The Royal Botanic Gardens, Kew. 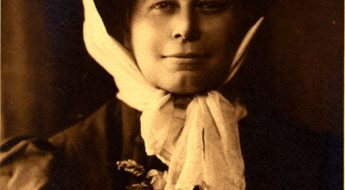 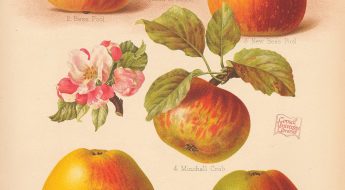