During the summer of 2016, I had the privilege of working on a collection development project for the Biodiversity Heritage Library (BHL) for a Professional Development Internship with Jacqueline Chapman at Smithsonian Libraries. My task was to refine a collection assessment methodology for BHL using both taxonomic and bibliographic analyses. BHL’s unique features made certain aspects of my project significantly easier to conduct: taxonomic name recognition which pulls scientific names from each page of text, data exports which contain all of the scientific names in the BHL corpus, and searching by scientific name to see if BHL has the initial mentions of various species [1].

Fast forward to November 2017, when I had been working at the Northwestern University Libraries as a STEM Librarian for four months. I attended a Federal Depository Library Program (FDLP) webinar about BHL, presented by Grace Costantino and Bianca Crowley, in order to reacquaint myself with BHL (and have the excuse to search their Flickr collection for a good image so I could tweet about the webinar later). Afterwards, I was telling my colleagues about the webinar, and a number expressed interest in learning more about BHL. In addition to being a valuable resource for library staff, we thought a one-shot library class on BHL would be a good opportunity for outreach to various academic departments. To promote the class, I designed a poster, wrote a post on our Libraries’ blog, and made plenty of announcements to get the word out to interested library staff and departments.

During the class, I used the content from the FDLP webinar to talk about BHL’s history, collections, users, social media presence, citizen science projects, and grant-funded projects. I also did a demonstration of the BHL website, conducted a number of searches, and highlighted the features that had helped me during my internship. Participation numbers were lower than I’d hoped, but attendees did ask a lot of good questions. They were relieved to know that one can export BHL item records into EndNote, Zotero, and Mendeley, the three reference management tools we support at the Libraries. They asked how it was used by researchers, and I described the natural history and botany research conducted by subject specialists worldwide on organisms ranging from mosses to turtles to fungi. I also mentioned Vargapupa biheli, the snail species named in honor of BHL, which they were very interested to hear about. They also loved the cards that feature illustrations from the BHL collection, the BHL link, and social media information (images can be found here).

Looking forward, I’ll be presenting a webinar on BHL for the Illinois chapter of the Special Libraries Association in May. Our Life Sciences Librarian told me that researchers in Northwestern’s Plant Biology and Conservation program would also be interested in learning about BHL. Lastly, I’ll hopefully do a presentation about BHL at our orientation for new graduate students next fall. I’d like to continue to spread the word about this collection that has revolutionized natural history and botany research.

Becca Greenstein is the STEM Librarian at Northwestern University Libraries. She conducted a collection development project for BHL during the summer of 2016 and is very glad to have found a way to share the BHL collection with researchers and librarians in Illinois. She is interested in open access, creating inclusive library environments, research metrics, and information access for everyone: library users and non-users alike. 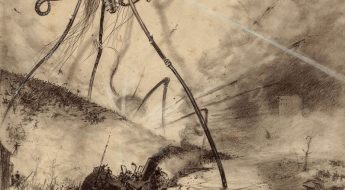 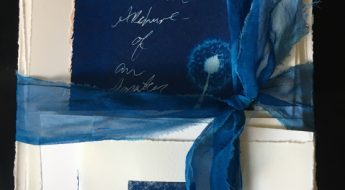