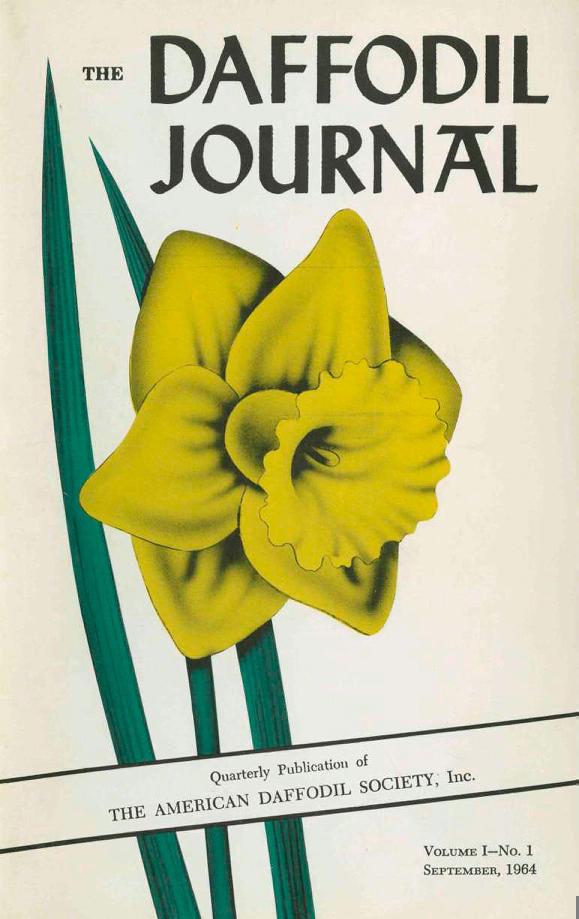 For Mary Lou Gripshover, daffodils started as an easy entry into horticulture, but led her to the unexpected, too.

“Half a century ago, when I was a young housewife, I belonged to a garden club which in turn participated in an area-wide flower show,” she explains. “Everyone had to enter. At that point I wasn’t much good at flower arrangements, and entering daffodils in the Horticulture Section was easy. Just cut a bloom and put it in the vase provided. And the stems didn’t bend, like tulips did. So then of course I had to get more daffodils so I could enter all the classes for the various divisions… and it just grew from there. Who knew 50 years ago that I’d make friends the world over, just because of a little yellow flower?” 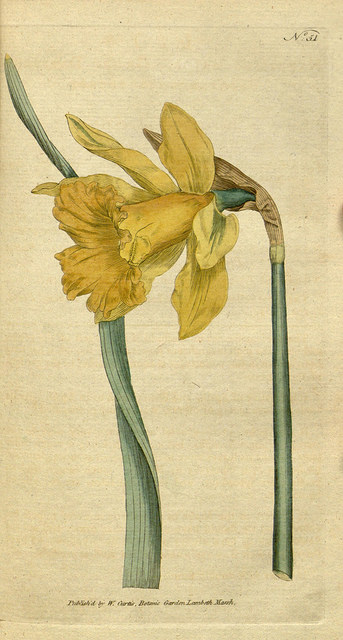 A delicate painting of a single daffodil flower with a green stem and leaf. Curtis, William. The Botanical magazine, or, Flower-garden displayed. 1790. Digitized in BHL by Missouri Botanical Garden, Peter H. Raven Library.

Gripshover serves as a librarian / digitizer for the American Daffodil Society (ADS), a group with international membership that has connected daffodil enthusiasts since its founding in 1954. In the spirit of National Gardening Month, we’re highlighting the ADS’ publication, The Daffodil Journal, which comes to BHL as part of the Expanding Access to Biodiversity Literature project. Early volumes of this quarterly journal from 1964-1968 are currently available on BHL, with more volumes on the way. 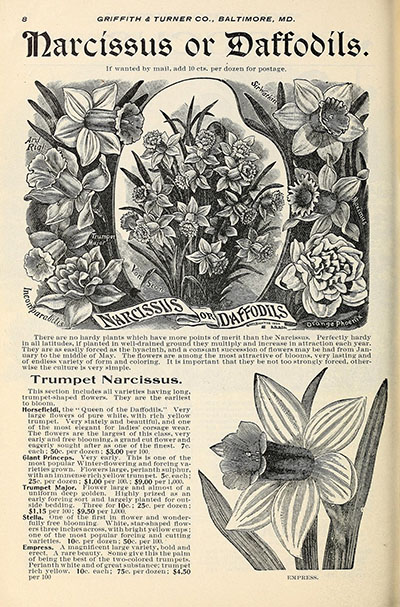 A page from a seed catalog with descriptions of varieties of Daffodil for sale, and two black and white illustrations; one a close-up of a flower variety called Empress, the other a mix of many flowers. Griffith and Turner Co. Bulbs and seeds.  1900. Digitized in BHL by U.S. Department of Agriculture, National Agricultural Library.

According to the ADS website, ‘daffodil’ is the common name for all members of the genus Narcissus. There are somewhere between 40 and 200 different species/subspecies/varieties (depending on who you ask), and more than 25,000 registered cultivars (named hybrids).

The first mission of the ADS was to create a publication, starting with a small bulletin and yearbook. After its first decade, the society released its quarterly publication, The Daffodil Journal, to share information on “all aspects of daffodil culture, breeding, and exhibition.” Now the ADS has its own digitization project, DaffLibrary, where more than 3,000 resources on daffodils are available as downloadable PDFs or as links to other websites. The Daffodil Journal through the year 2012 is available on DaffLibrary, so you can view more recent issues of the publication there until more are added to BHL. 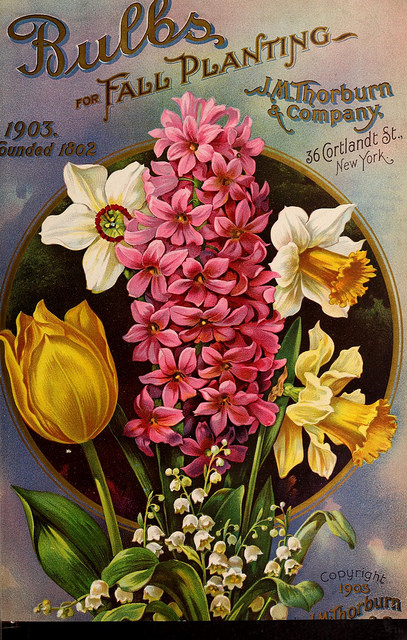 “The ADS has had a ‘paper library’ almost from the beginning,” Gripshover says. But because the society has no permanent headquarters, the physical collection had to move several times, and didn’t get much use. “Occasionally a list of available titles would be published in the Journal, and maybe there’d be a little action then, but interest didn’t last. Eventually, it was decided that we should at least get back issues of the Journal scanned, so in 2004 we had 40 years’ worth of the Journal professionally scanned. Several years later, someone suggested that we should think about scanning some of the other materials we had. I foolishly said that I could do some scanning… and it’s turned into a permanent job! But it’s one I enjoy.” 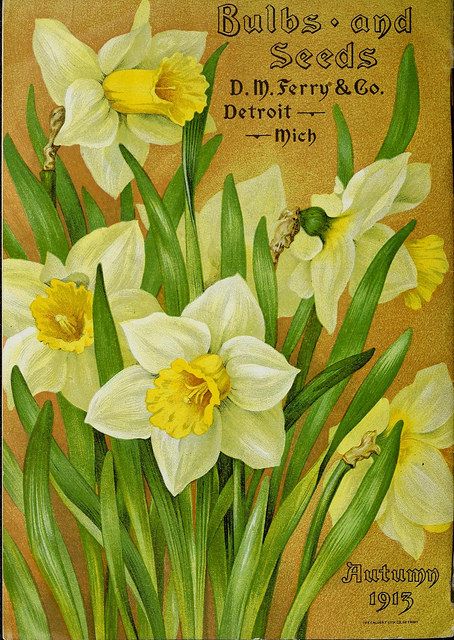 DaffLibrary is now the most-viewed of the ADS’ websites, and gets much more use than the physical collection did: in just the first 3 months of 2018, it connected close to 15,700 visitors to nearly 55,000 pages. Popular resources included book, historic, and scientific references; plant show handouts/material; casual-reading books and articles; biography information; and information about growing daffodils using different methods.

Many thanks to the American Daffodil Society for contributing The Daffodil Journal to BHL, and to Mary Lou Gripshover for sharing her story with us and dedicating years of work to support open access information! 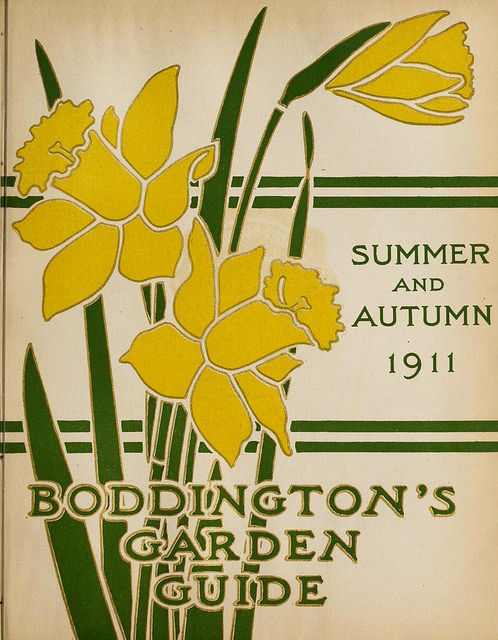 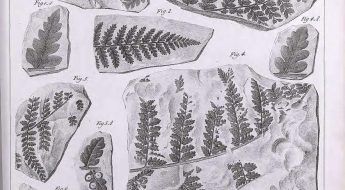