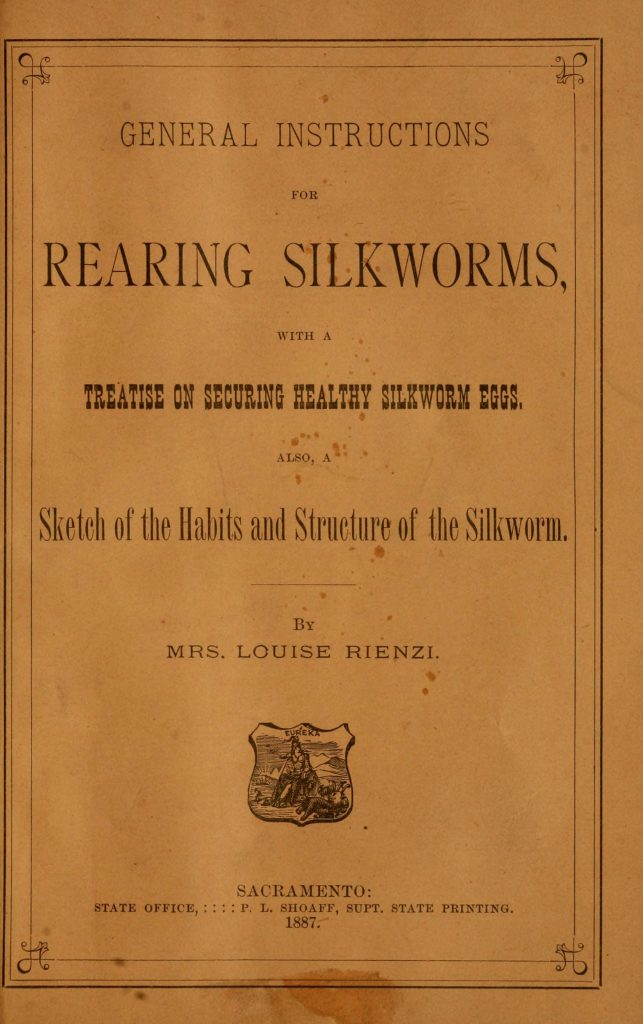 Several groups were formed to promote the industry, including the State Board of Silk Culture in San Jose. This organization was responsible for printing and distributing Louise Rienzi’s sericultural manual in the late 1880s.  Louise Rienzi also served as Secretary of the State Board and issued official reports on the monthly and annual meetings as well as the contributions of various committees, such as the Committee on Mulberry Trees, Eggs and Cocoons. 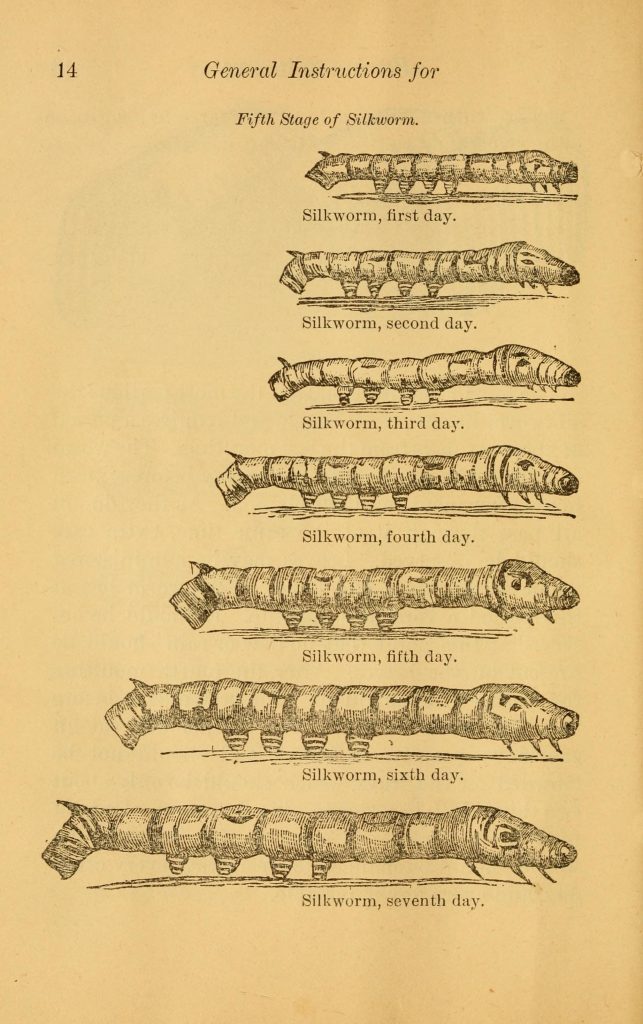 “Fifth stage of silkworms”. Rienzi, Louise. General instructions for rearing silkworms. 1887. Contributed in BHL from the Library of Congress.

General Instructions for Rearing Silkworms is a straightforward and detailed guide to the practicalities of raising silkworms. Instructions for successful cocooneries include descriptions of the types of trays, rack, and shelves needed, methods for keeping the air pure and clean, and instructions for feeding the worms. There is also a lengthy section titled Treatise on the Selection of Healthy Silkworm Eggs, which gives instructions for microscopic examination of the eggs and blood of the chrysalis. The entire manual is illustrated with numerous sketches of the equipment needed and the various stages of the eggs, worms, and moths themselves.

Raising silkworms according to this manual is very much a labor-intensive undertaking. To start, a constant supply of fresh mulberry leaves must be available to the silkworm rearer.  Rienzi states that “the worms from an ounce of eggs will consume from twelve hundred to thirteen hundred pounds of mulberry leaves.”  At first, the worms must be fed every few hours with fresh leaves.  The worms go through four moultings, each lasting about a week, and throughout this time period, the temperature, cleanliness and general welfare of the silkworms must be closely monitored. 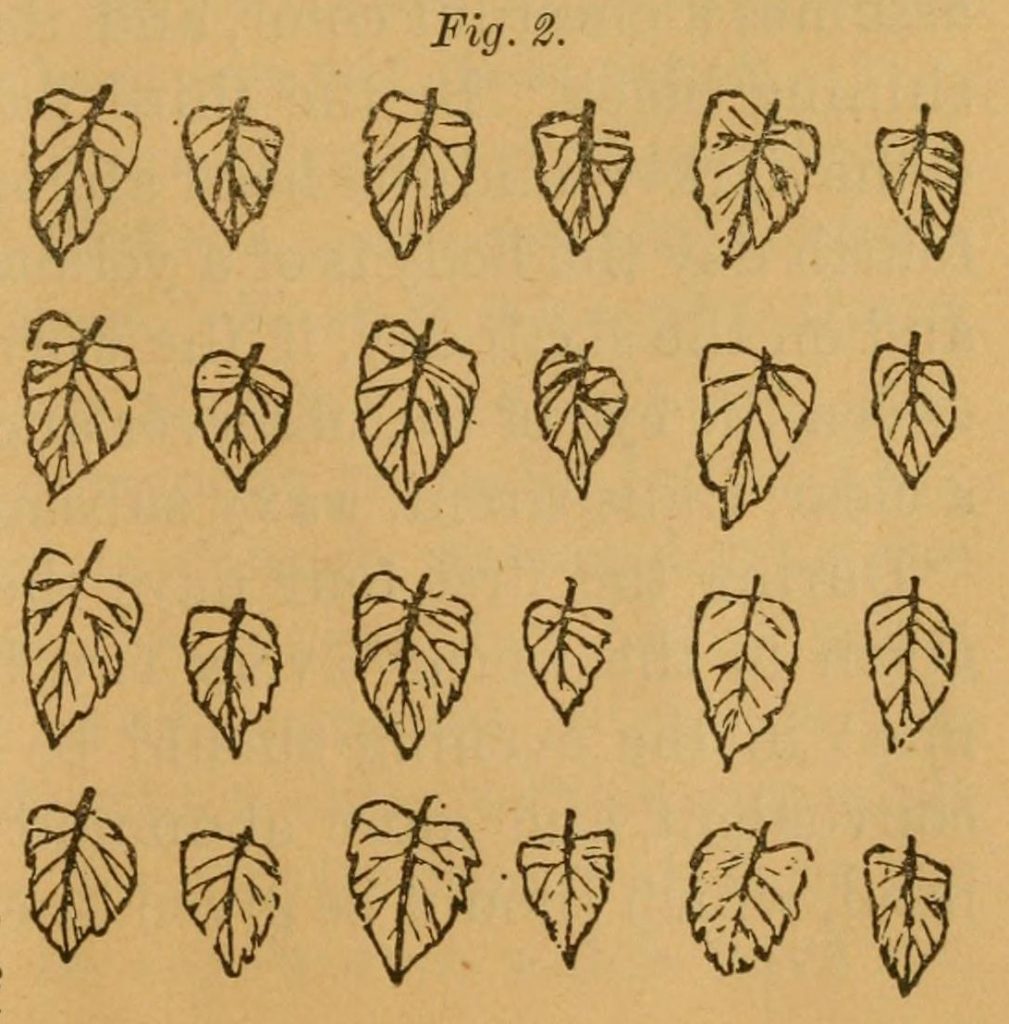 Rienzi includes detailed descriptions of the changes in appearance which worms and eggs go through as they mature. Her practical advice for what to watch for also gives color to this business-like black-and-white manual: the silkworm egg itself is “the color of ash wood, and of the form of a lentil,” and a “pale lavender” hue to the eggs indicates that they will soon hatch, while a mature silkworm that is ready to spin will stop eating and take on a “golden, transparent color.”

Despite her detailed knowledge of silkworm rearing and enthusiastic support of the California silk industry, the value of Rienzi’s work seems to have been overlooked for some time. It was not until 1895 that the California legislature voted to appropriate funds for the pay claim of Louise Rienzi “for services rendered the State Board of Silk Culture as Secretary, Instructress, and Silk Expert, from December 12, 1885- to April 2, 1887”. Her compensation was set at $87.50 per month.

The Journal of the Assembly during the Thirty-first Session of the Legislature of the State of California, 1895   (GoogleBooks) 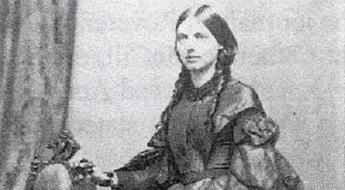