For anyone who has seen Jurassic Park, this description immediately conjures up familiar imagery. In the movie, such a fortuitously-preserved mosquito provided the means to bring dinosaurs back to life. While that may be the realm of science fiction, in the realm of science, such amber time capsules are still a valuable window into the past, allowing scientists today to examine ancient specimens and, sometimes, discover new species.

This species of spider fly lived during the Eocene Epoch, a major division of the geological timescale that lasted from 56 to 33.9 million years ago. Several specimens of this species were recovered from amber deposits in the Prussian Formation of the Baltic region.

These specimens were used by Drs. Jessica P. Gillung and Shaun L. Winterton to describe a new genus and species with the designation Cyrtinella flavinigra. This was one of three new species described by the duo from specimens preserved in Baltic amber within their review of fossil spider flies (Diptera: Acroceridae) published within the Journal of Systematic Palaeontology in 2017.

Cyrtinella flavinigra is also just one of 30 new insect species described by Gillung, a Postdoctoral Associate at the Danforth Lab at Cornell University. As an evolutionary biologist with a specialization in entomology, Gillung’s research focuses on biodiversity discovery and cataloging and the processes that originate and maintain biodiversity. A major aspect of her work is describing new species.

“For species discovery and cataloging, I need to be able to track down and understand the species that have already been described,” explains Gillung. “If it wasn’t for BHL, I would not have been able to access many original species descriptions and compare them to the specimens I had at hand. Through those comparisons, mainly, I was able to recognize a new species or identify a previously described one.” 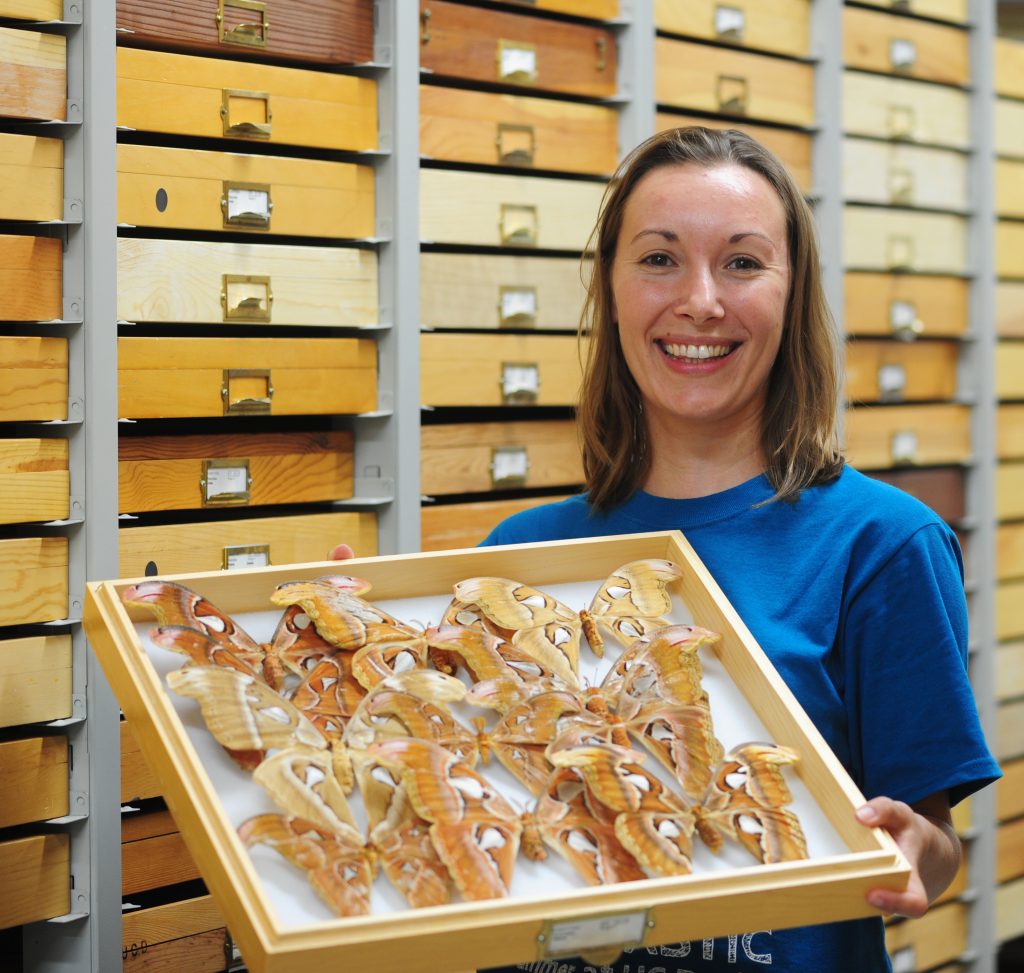 Gillung has been studying evolutionary biology since 2006. As a Master’s student in Brazil, her research focused on the family Acroceridae, or spider flies, which develop almost exclusively as endoparasitoids of spiders, their maggots living within a host spider while feeding on its internal fluids until they metamorphosize into adults, leaving a dead, dry host behind. 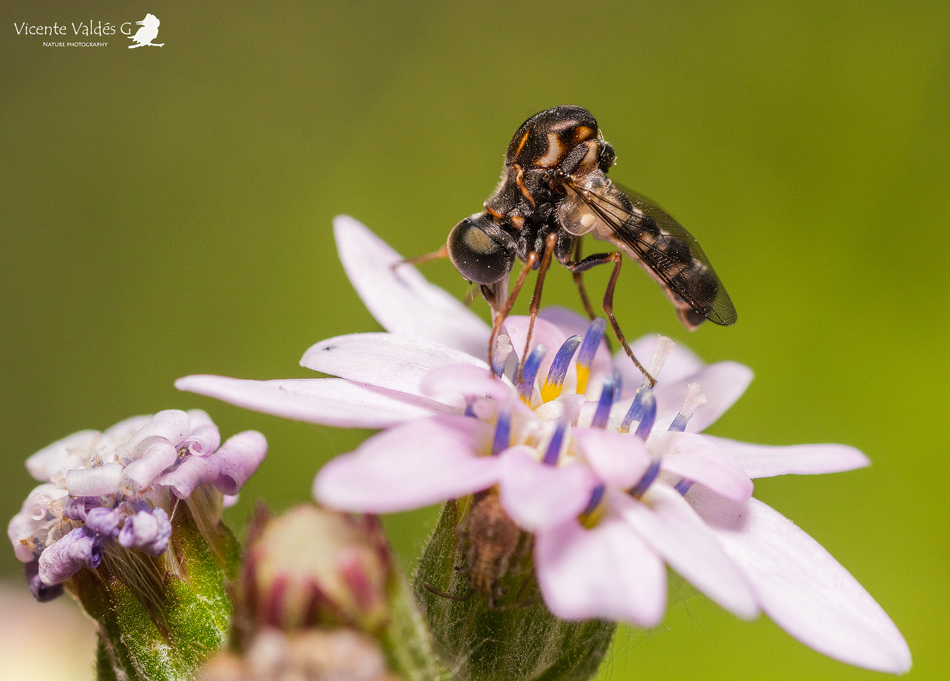 It was during her time as a Master’s student ten years ago that Gillung first discovered BHL.

“I was looking for some ancient, specialized papers on spider flies, and a colleague sent me the link to the website. It changed my life! I was able to find pretty much EVERY single research paper I ever wanted, and I was able to study that literature very easily.”

Following the completion of her Master’s, Gillung moved to California to begin her PhD in the Department of Entomology & Nematology at University of California – Davis, where she also worked at the Bohart Museum of Entomology, one of the largest and most important natural history collections in the United States. She used BHL almost daily during this period, downloading whole and later custom PDFs of relevant publications and pages to her external hard drive, building a personal library of invaluable reference materials.

As she confided, “I downloaded pretty much EVERY work that has ever been published about the insect group I study.” 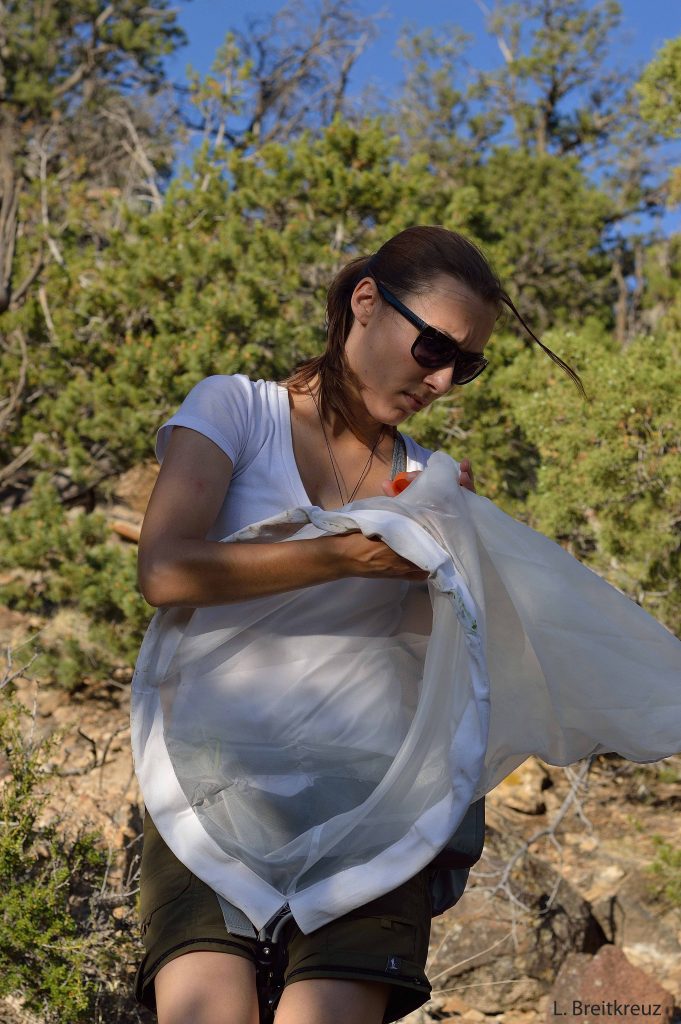 The ability to download PDFs from BHL has allowed Gillung to continue her research anytime, anywhere — even when Internet access is unavailable.

“I specifically remember one time I was stuck at the airport on my way to visit my family in Brazil,” recalls Gillung. “My flights were delayed, and I had long layovers. So, I started working on one of my scientific publications, and I was able to get plenty of work done because I had saved the PDFs beforehand. Had BHL not existed, that would not have been possible.” 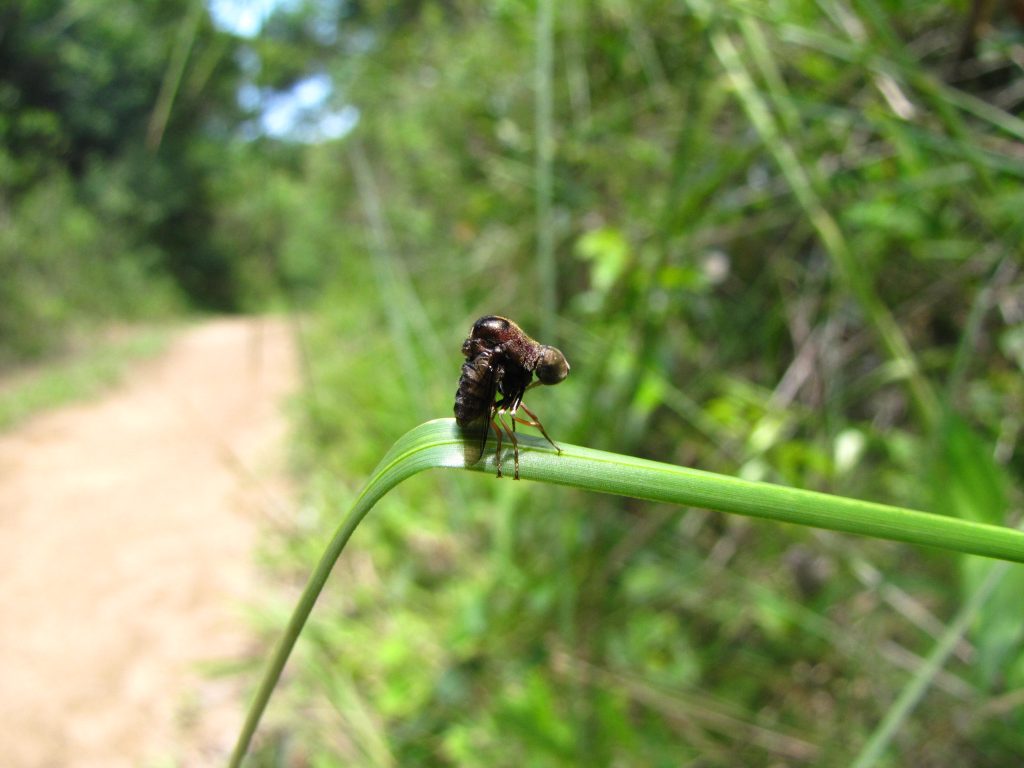 Of the over 240,000 volumes available in BHL, Gillung’s favorite is Wiedemann’s 1830 monograph on the “Flies from Outside of Europe” (Aussereuropäische Zweiflügelige Insekten). A German historian, physician, naturalist, and entomologist, Wiedemann described many new insect species, including the fly genus Philopota, which Gillung studied for her Master’s, during which she completed a revision of the genus. As part of the revision, Gillung re-described the known species, provided photographs and drawings for their identification, and described 13 new species from throughout Latin America.

“The library at my university did not have a copy of Wiedemann’s monograph,” recalls Gillung. “My progress was hindered until I was able to download the whole PDF from BHL. I fell in love with the website!” 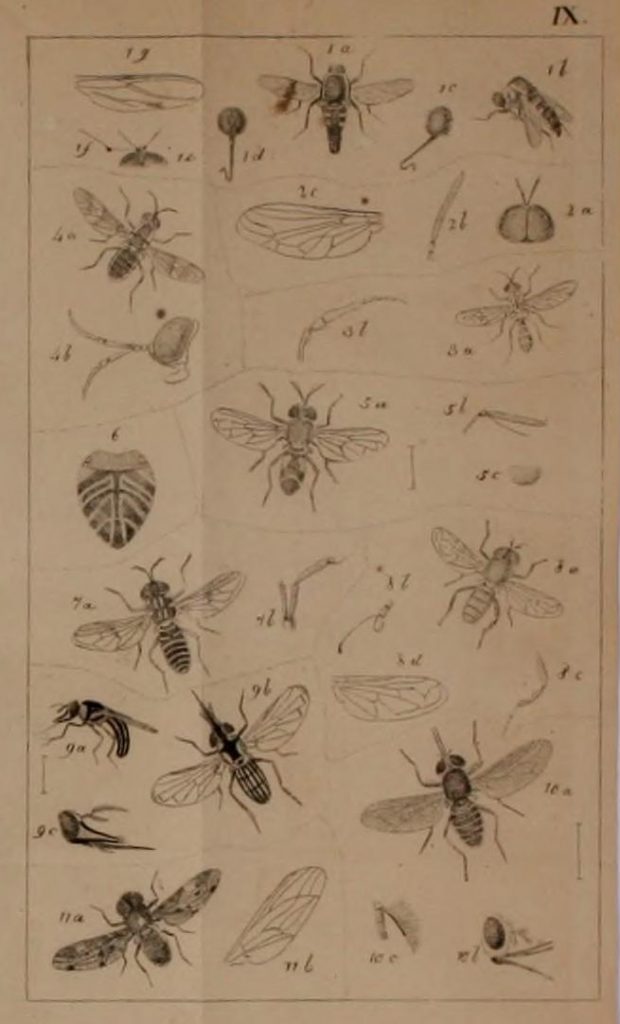 By providing free and open access to critical biodiversity literature, the Biodiversity Heritage Library is empowering global research. From enabling the description of new species to providing access to beautiful scientific illustrations (Gillung confides that one of her favorite pastimes is exploring the plates in the PDFs she’s downloaded), BHL has become an invaluable resource for researchers around the world.

To quote Dr. Gillung: “BHL has made my research possible.” 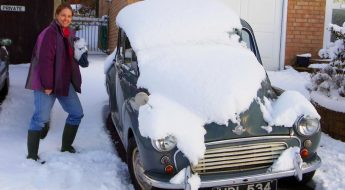