At the Long Night of the Museums on 31 August 2019, the library of the Museum für Naturkunde presented its digitisation activities around a current project to index its Drory Library. In addition to particularly impressive books from the collection, which are already accessible in the Biodiversity Heritage Library, two books were digitised which were not yet available in BHL. 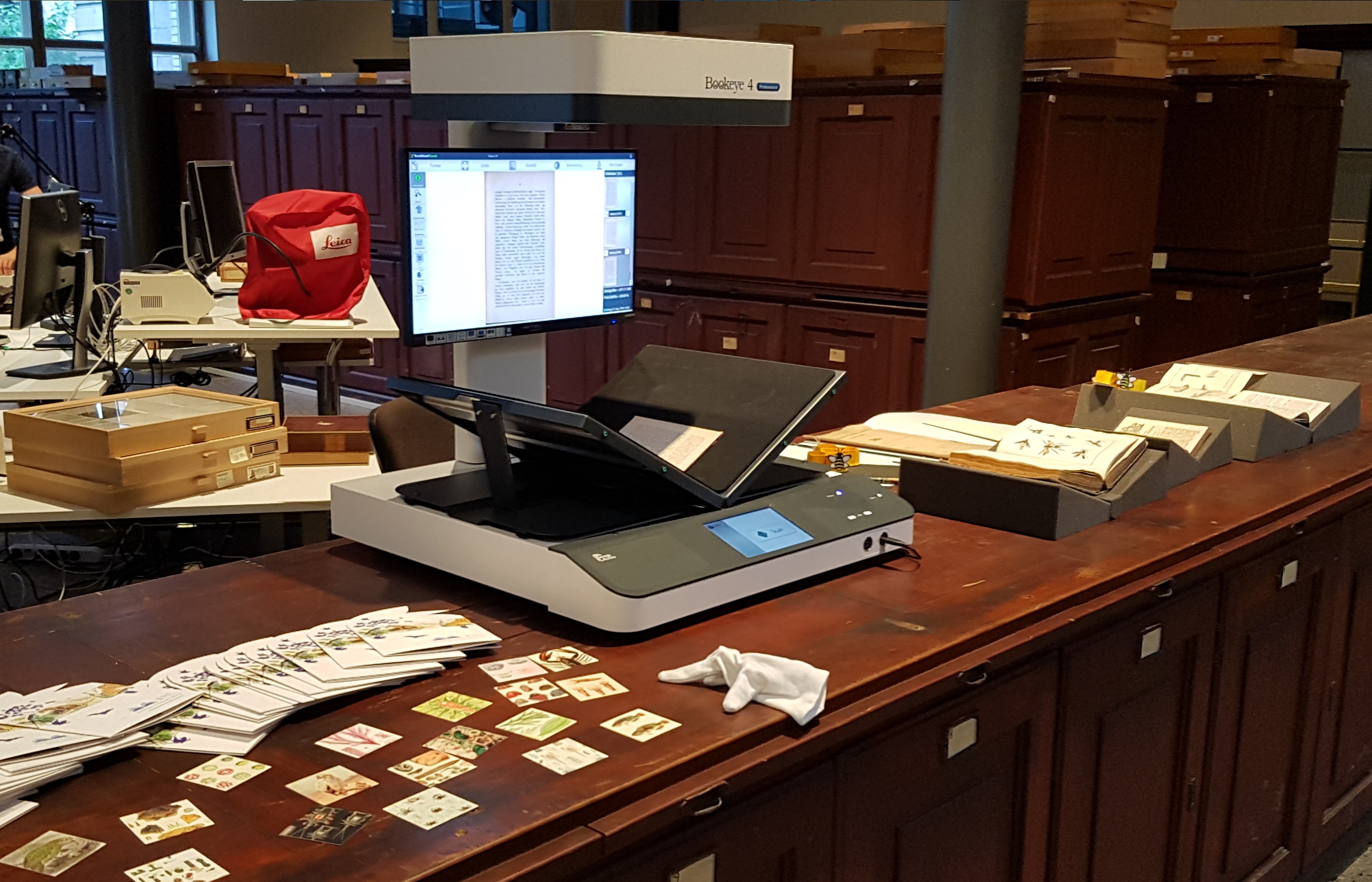 Long Night of the Museums

The Long Night of the Museums is a popular series of events and a highlight in Berlin’s cultural calendar. This year, 40,000 visitors accepted the invitation of 75 Berlin museums, which opened their collections and offered deeper insight into their research. For the second time in a row, the Museum für Naturkunde was the most popular destination with 10,500 visitors. Current scientific research and internal developments were presented to the public at 20 events. The latter included in particular the digitisation of the museum’s collections. In addition to insect boxes and archival material, the focus was also on the library collection. The Museum für Naturkunde has been a Member of BHL since 2018 and will primarily digitize for BHL.

The Drory Library is a sub-collection of the Historic library collection and of special importance. It is the library of Edward Drory (1844-1904), an enthusiastic beekeeper but also an important Berlin personality. Edward Drory was a successful entrepreneur and owner of the English Gas Institute in Berlin. In his time, he owned the “largest apist library” with publications beginning in 1470, although most of the collection dates from the 18th and 19th centuries. In 1904, Edward Drory donated his beekeeping library to the Royal Zoological Museum in Berlin with the agreement that all volumes would receive an ex-libris (fig. 3) and be displayed in the library of the Hymenoptera collection. 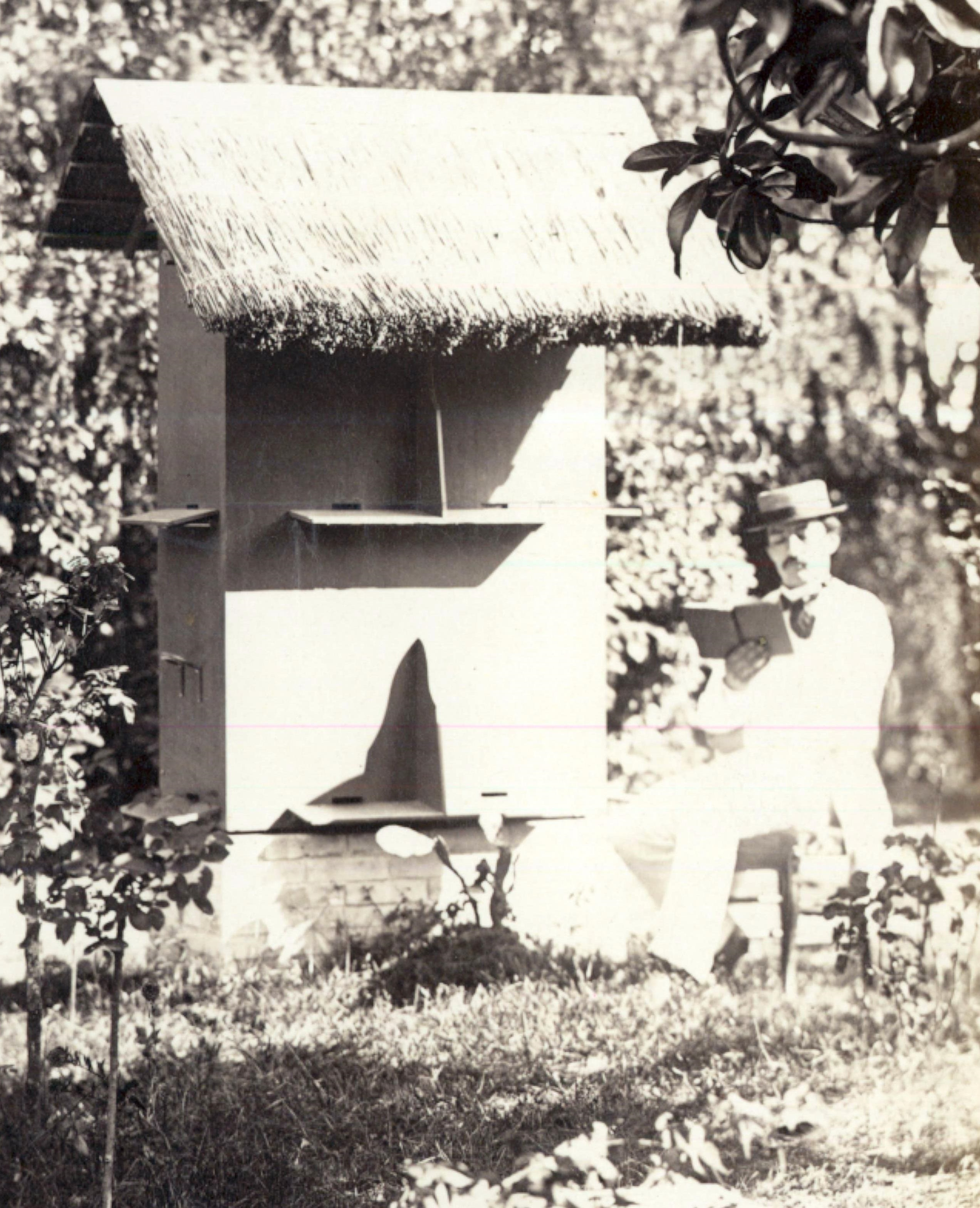 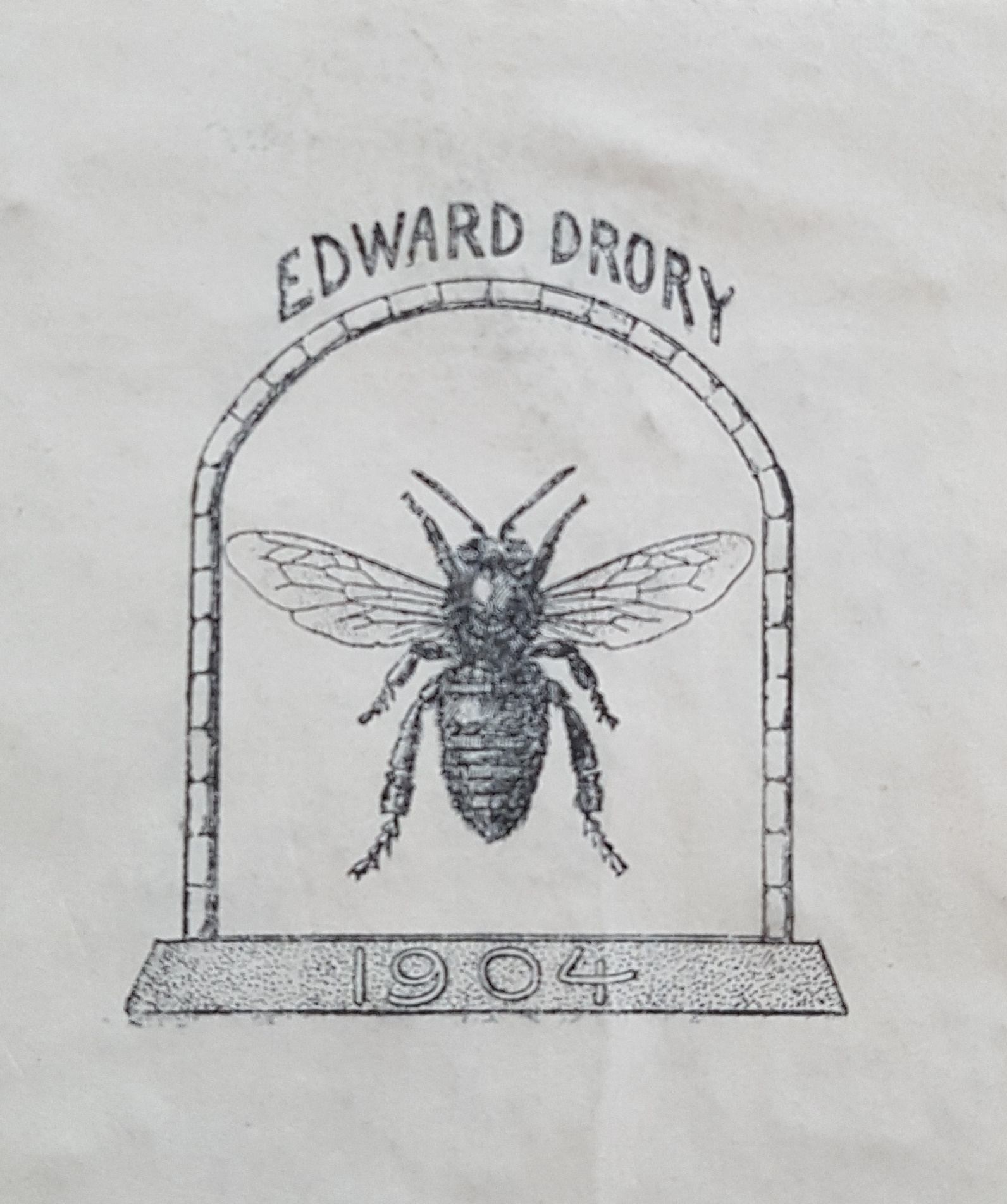 The collection comprises approximately 2,400 volumes — of which about 800 are journals and about 1,600 are monographic volumes (around 480,000 pages) — and contains literature in various languages — German, French, English, Latin, Italian, Dutch, Spanish, Finnish, and Polish.

The long-term goal is to digitize the Drory library and the corresponding card catalogue completely or at least partially and to make it available as a research basis or scientific-historical contribution for a number of disciplines — history of science, biology (species diversity of bees, taxonomic findings, endangerment of honeybees by humans), medicine (allergies to bee venoms), pharmacy & naturopathy (bee venom, propolis as a means of treatment) and agricultural sciences (economic significance of bees). To reach this goal, the library started an indexing project with a grant from the von Pawel-Rammingen Stiftung that will answer the most important questions before starting the digitization, such as the exact scope, conservatory condition and availability on the Internet. 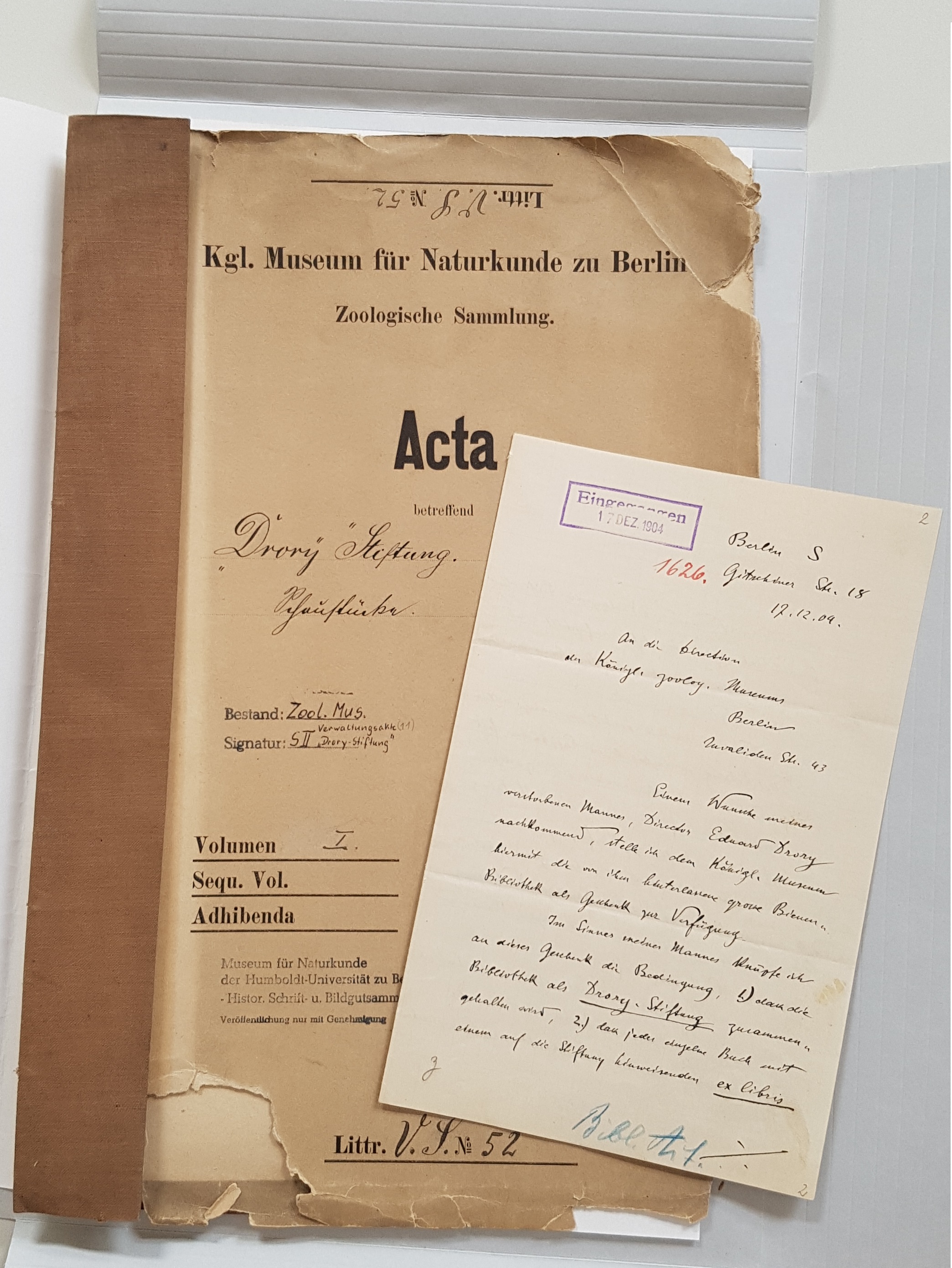 Fig. 4. File from the Historical archive of the Museum für Naturkunde Berlin, documenting the handover of the Drory library to the museums. Photo by: Elisa Herrmann | MfN. 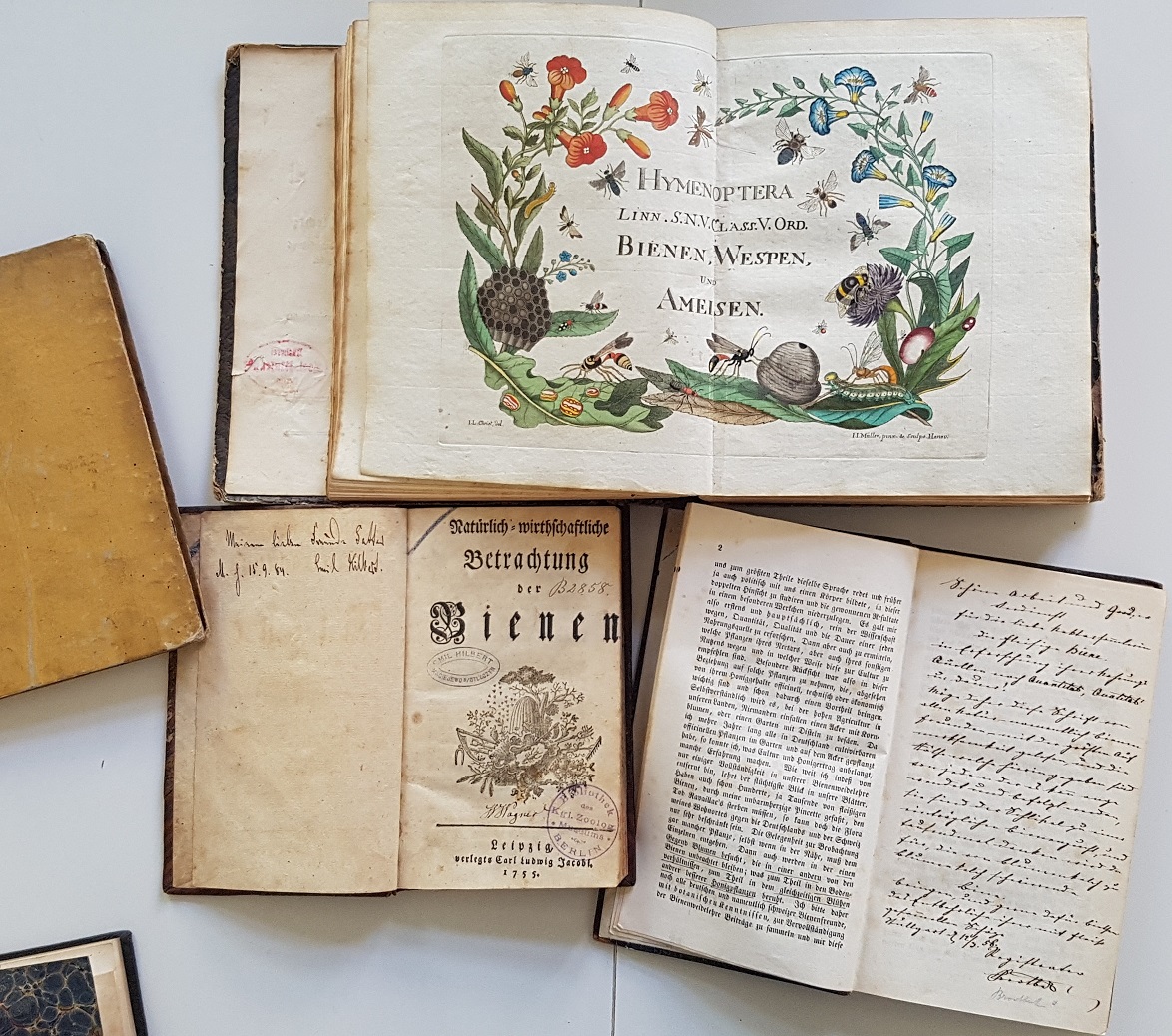 Fig. 5. Books from the Drory library that went on display during the Long Night of the Museum 2019. Photo by: Elisa Herrmann | MfN.

During the Long Night, selected works were presented to the visitors, including a copy of Naturgeschichte, Klassification und Nomenclatur der Insekten vom Bienen, Wespen und Ameisengeschlecht […] by J. L. Christ from 1791, as well as books on beekeeping, bee-friendly plants and philosophical-literary essays on bees, in order to illustrate the range of the Drory Library. One highlight on display was the archive file with the documents for the handover of the library to the museum from 1905 (fig. 4).

Many books from the collection are not yet in BHL; two of them were scanned in front of the visitors that night. They are currently undergoing final quality control and will soon be uploaded to BHL as the first digital collections of the Museum für Naturkunde.

However, at the event visitors were already able to select motifs from digitised material that they took home with them as buttons (fig. 6) and BHL’s motif cards also enjoyed great popularity. 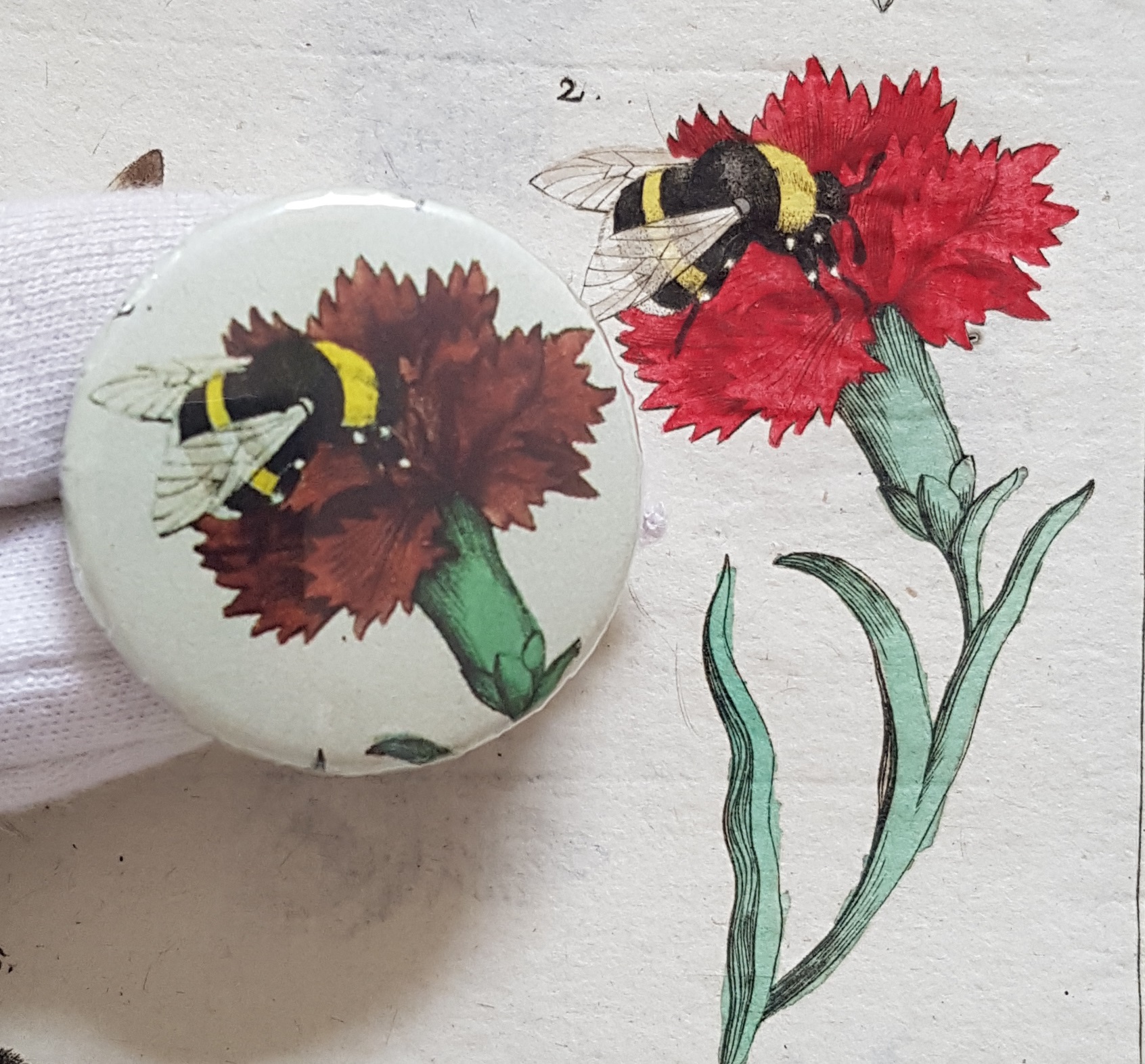 Fig. 6. Buttons with motifs chosen from digitised BHL material next to a copy of the original. Photo by: Elisa Herrmann | MfN.

The library team answered many interesting questions about the materials and technology used and was thus able to present not only the library collection but also the digitisation infrastructure and the rich treasure of BHL. Many visitors did not yet know about BHL and were enthusiastic about the prospect of over 54 million freely accessible pages — whether for scientific work, homework or to marvel at the beautiful illustrations.

Digitisation at the Museum für Naturkunde

The Museum für Naturkunde sees itself facing great opportunities to digitally open up its collection through an investment of several million euros by the federal and state governments. The library thus has the opportunity to scan a large number of holdings for BHL and its own digital collections to make them accessible to the scientific community and the general public. The highest priority is given to unique material, such as handwritten entry books, followed by holdings that are not yet available in BHL.