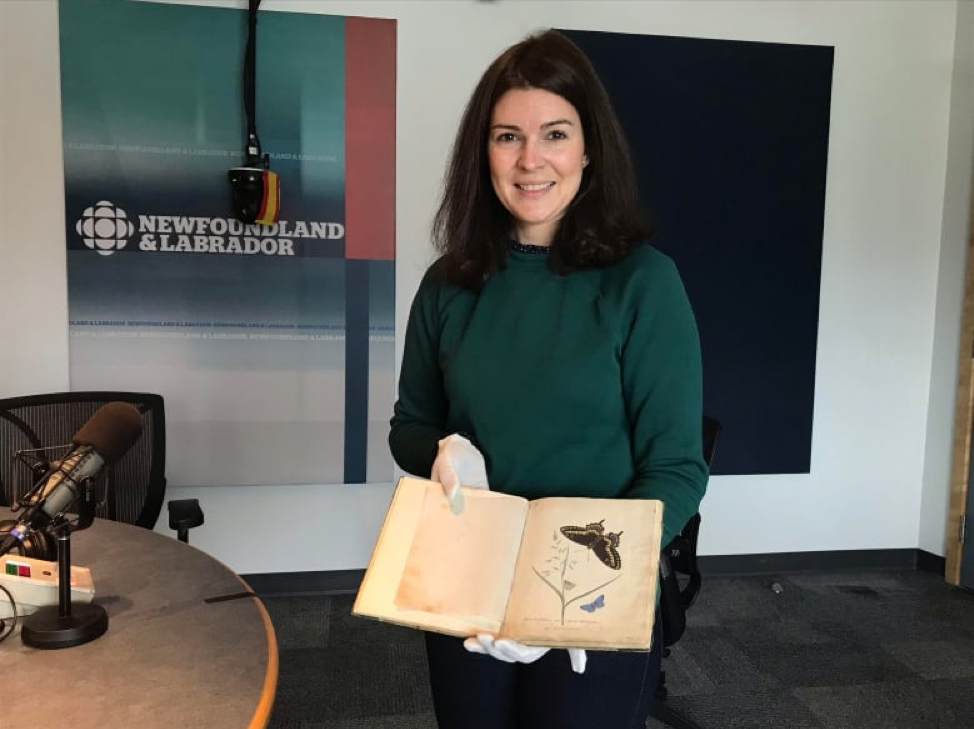 This special manuscript has been digitized by the Museum’s Library & Archives on BHL.

On arrival in St John’s, I was greeted by the managing editor for Boulder Books and whisked over to the CBC Radio station to do an interview for On-The Go with Ted Blades. Months prior, Boulder reached out to our library to inquire about borrowing the manuscript to be shown in tandem with the launch of their newest field guide, Stouts, Millers & Forky-Tails: Insects of Newfoundland & Labrador, which drew inspiration from Gosse’s work. I was ultimately invited to speak alongside Dr. Tom Chapman, head of the Department of Biology at Memorial University and co-author of that field guide, at an engagement and advocacy event held by Memorial’s QEII Library in the Centre for Newfoundland Studies (CNS). The event was fittingly called A Bug’s Life: Tales of the N.L. Insect (1833-2019). 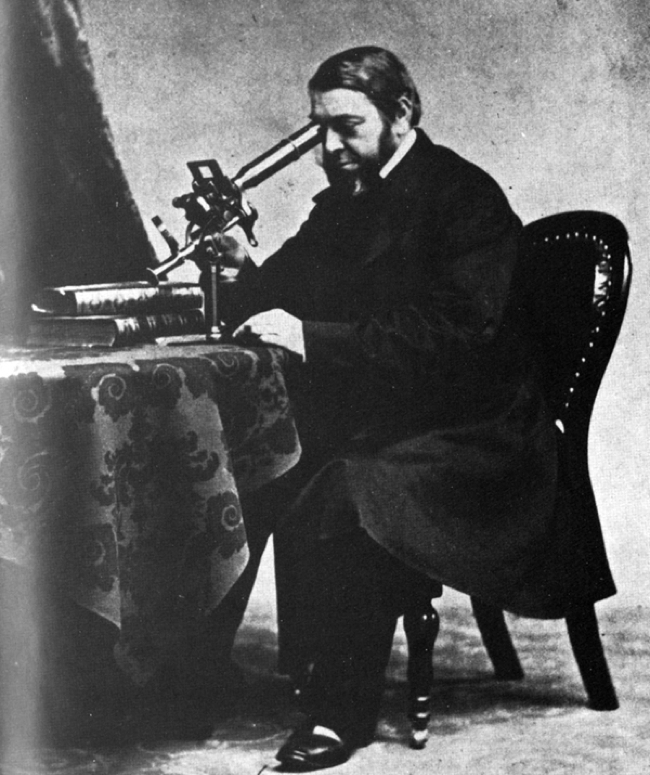 Entomologia Terrae Novae, authored by Philip Henry Gosse in 1833, was the first attempt to classify and illustrate the insect fauna of Newfoundland. About 250 magnificent illustrations adorn its pages — many of which are of the Lycaenidae family, which is the second-largest family of butterflies. 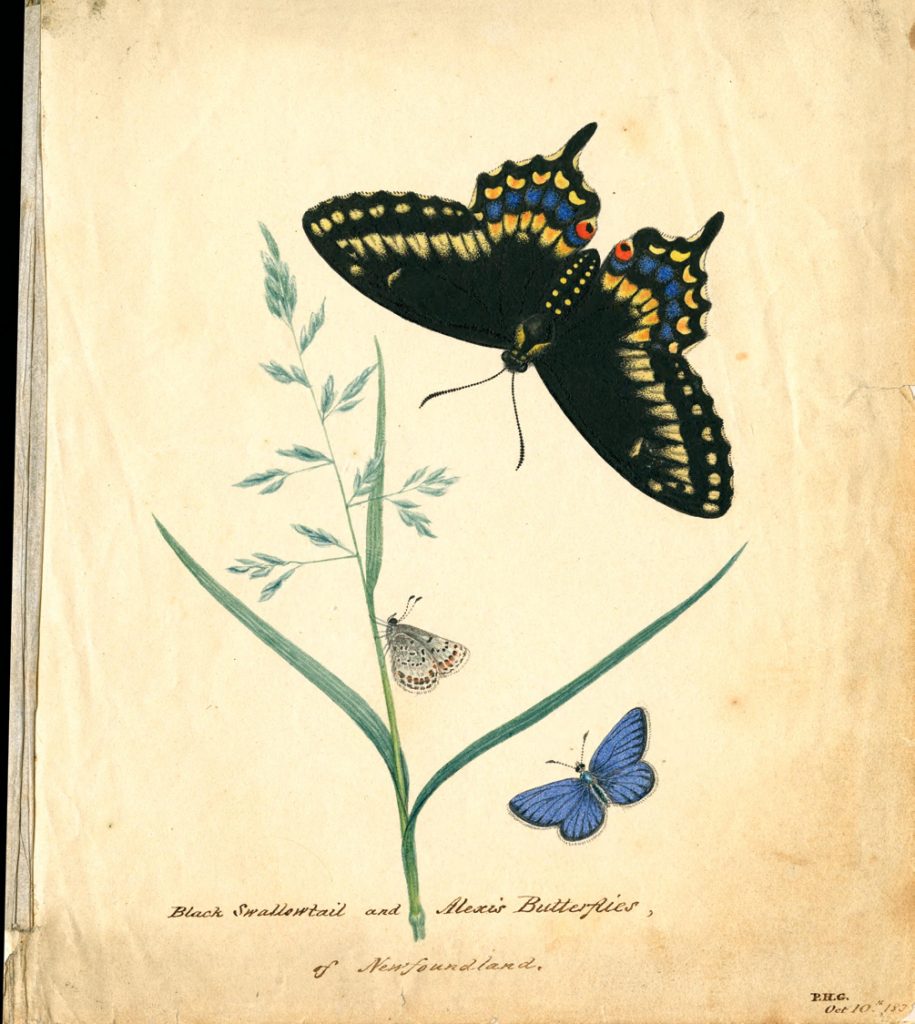 I pondered with my entomologist colleague, Dr. Bob Anderson, as to why that might be. Perhaps it was the metamorphosis process that fascinated Gosse? We reflected on the fact that much of the world’s life forms were only starting to be explored, and that exploration and illustration was a hobby in this (almost) Victorian Era. Dr. Anderson also taught me of the value in capturing the host plants in scientific illustrations, as it can inform research scientists of various things. There are several examples of this throughout the book. 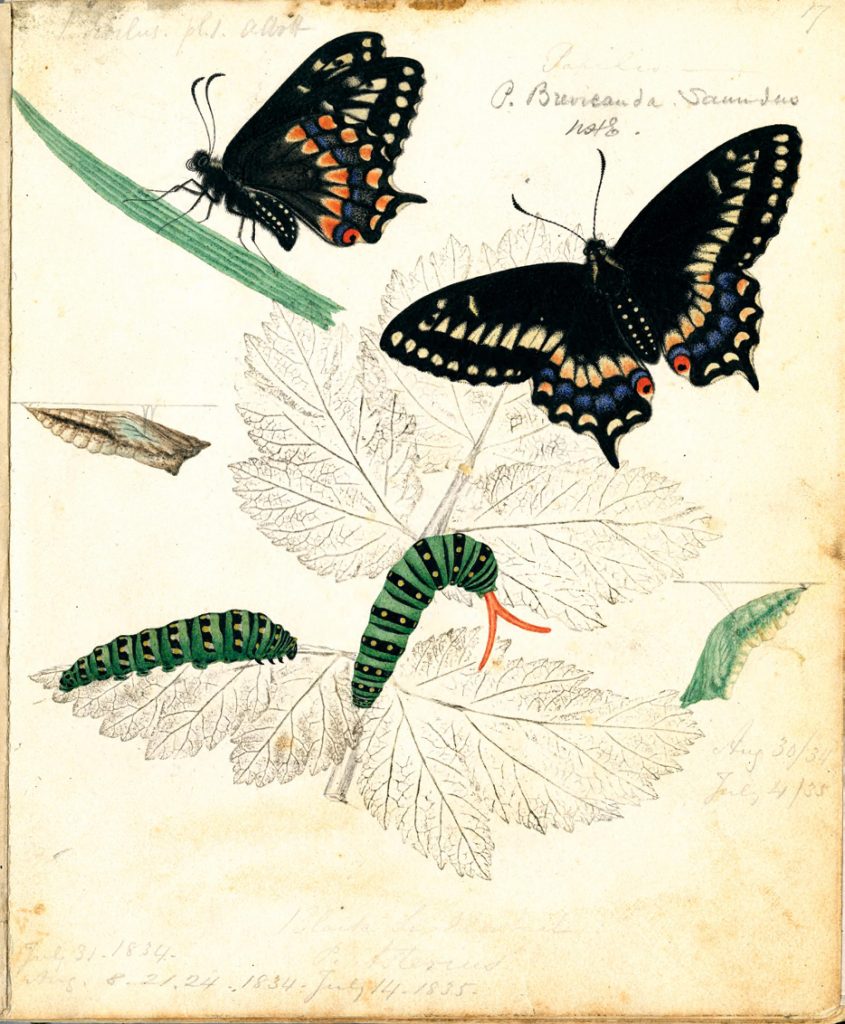 Philip Henry Gosse was the son of Thomas Gosse and Hannah (née Best). He was sent from England to Carbonear at age 17 to work as a clerk. Gosse’s father, Thomas, was a miniature portrait artist himself, but it was Gosse’s aunt (Susan Bell) who first taught him to draw. He did so exquisitely, sometimes with the help of a microscope. Throughout the manuscript, readers can see examples of insects which Gosse carefully represented in their actual size and enlarged to a magnified proportion to show more detail.

Meticulously hand drawn insects like these are nothing short of impressive. If you take a closer look, you will also notice annotations and even … a dolphin sketch! Gosse went on to illustrate other forms of life, some for which he was more famous (for example, he’s known for inaugurating the word “aquarium” and making these glass enclosures popular with the publication of his 1854 monograph dedicated to the subject). 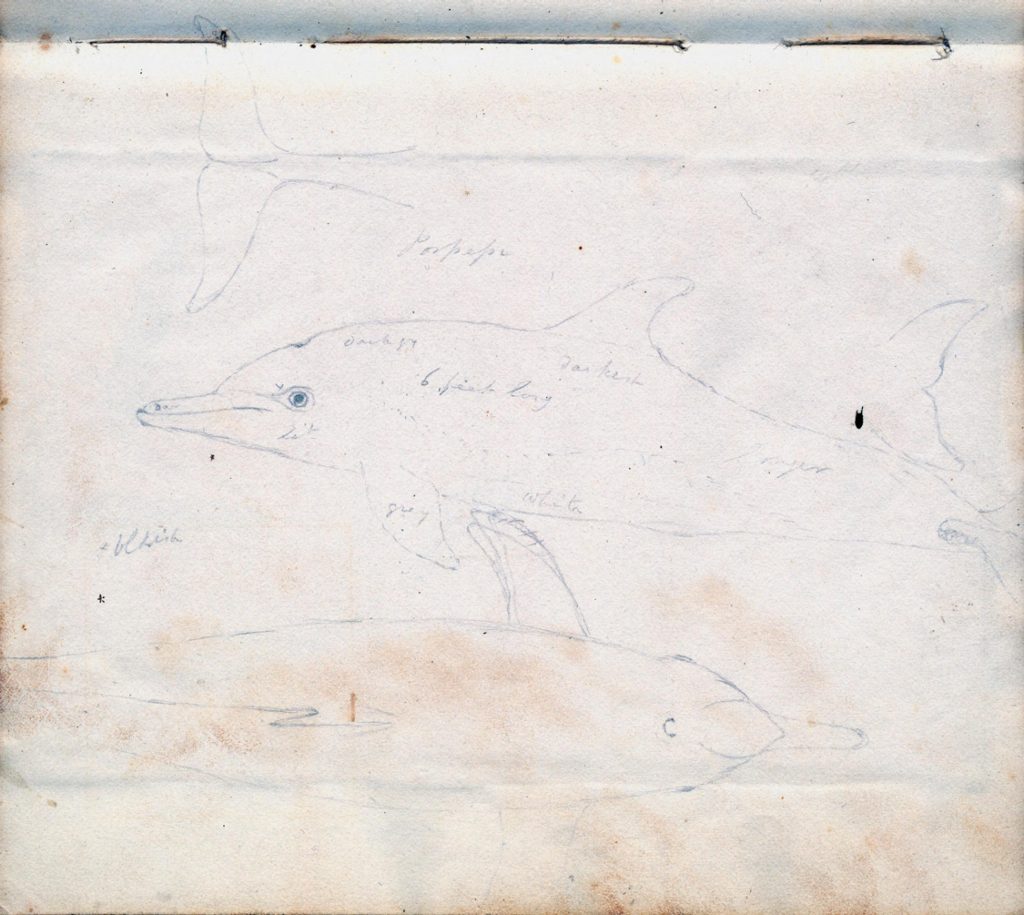 Gosse moved on from Newfoundland to Quebec and other locations, taking the manuscript with him and eventually passing it along to his son, Edmund Gosse. It was passed down through the Gosse family until it was donated to the Canadian Museum of Nature in the 1950s.

This singular manuscript holds many treasures and a few surprises. We were excited to bring this work back to Newfoundland for the first time since its creation in the 1830s to be showcased as part of this special event with the Memorial University’s QEII Library. While it is a phenomenal experience to view the manuscript in person and appreciate the almost 3D quality of the drawings, the digitized copy in the Biodiversity Heritage Library ensures that everyone can enjoy this unique item and the important milestone it represents for the history of entomological studies in Newfoundland. 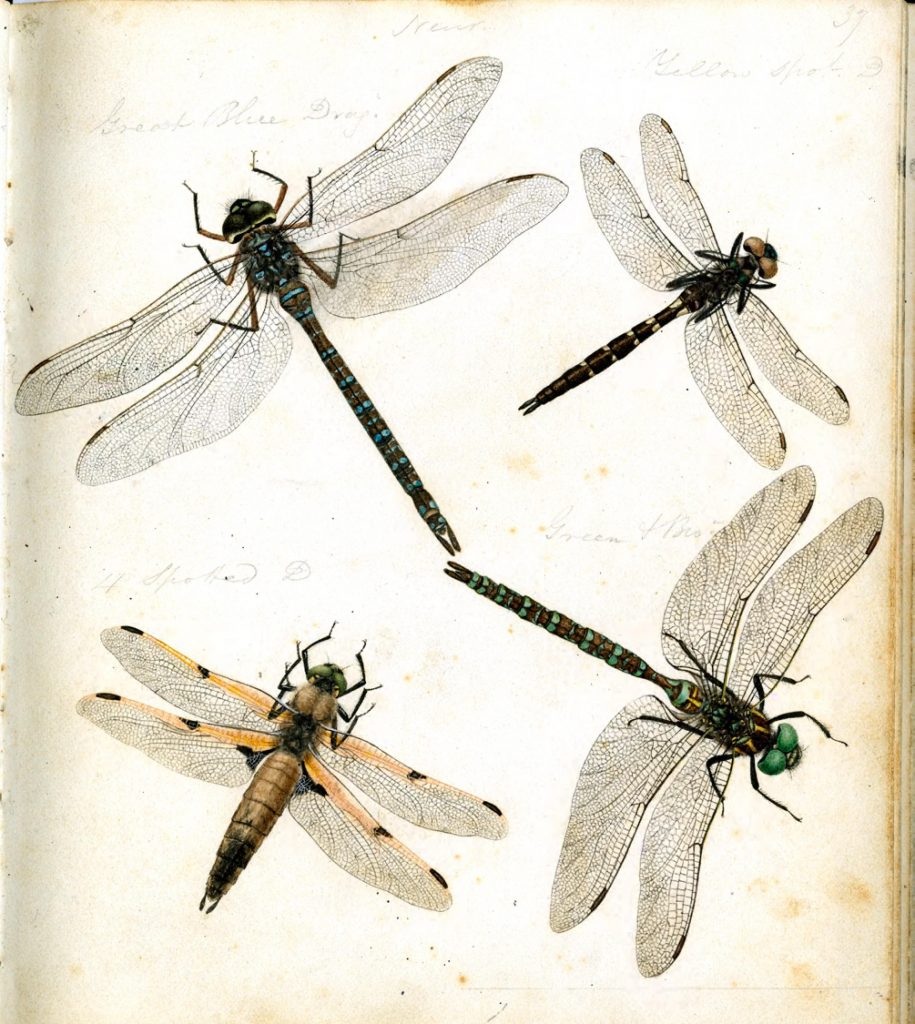 Elizabeth Smith is the Acquisitions and Cataloguing Officer at the Canadian Museum of Nature Library. Elizabeth joined the Canadian Museum of Nature in 2014 as Acquisitions and Cataloguing Officer. She is responsible for the library’s daily operations, including the selection and purchase of materials and resources as well as providing access to resources and reference services. She also plays a lead role in the library’s digitization initiatives. Prior to this Elizabeth served as Document Delivery & Research Services Technician at the International Development Research Centre (IDRC) in Ottawa. 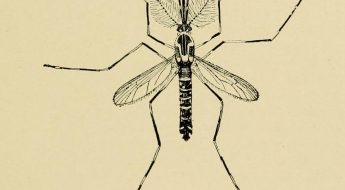