Plant species worldwide face an increasing barrage of threats to their survival. The deliberate collection of rare plants poses a far greater threat to wild plant species. In Wild Plants in Trade (1992), the reasons and effects of wild collection on plants for cultivation and international trade can be found. The trade of orchids, bulbs, cycads, palms and tree ferns, cacti and other succulent plants, carnivorous plants and air plants were introduced in detail in the second half of this book, as well as the attempts to control the collection of these plants by the Convention on International Trade in Endangered Species of Wild Fauna and Flora (CITES) and governments. 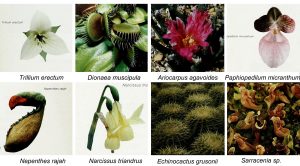 Forests are also an important source for plant trade. The dipterocarp forests of Southeast Asia are today the largest source of hardwoods in international trade, but they are likely to be logged over within a decade or two. India, Burma and Southeast Asia are rich centers of genetic variation in cultivated fruit trees. The scale of exploitation of the forests in the last few decades has led to serious forest degradation. In The Conservation Atlas of Tropical Forests: Asia and the Pacific (1991), tropical timber trade of Asia and the Pacific areas are discussed in detail, along with government policies and land-use planning. The International Tropical Timber Organization (ITTO) created in 1983 is largely concerned with improving market conditions and encouraging the development of national policies aimed at “maintain[ing] the ecological balance in the regions concerned”.

One of the important economic values of plants, especially herbal plants, is in medicine. Approximately 60,000 plant species are harvested mainly for medicinal usage in the world. Today, people in many Asian countries still use medicinal plants for traditional health care treatments. The World Health Organization (WHO) has also acknowledged the importance of traditional medicines.

Taxonomy and Conservation of Medicinal Plants in Canal-Irrigated Areas of Punjab, Pakistan (2006) presents the taxonomic position of 131 medicinal plants belonging to 112 families and 52 genera from the canal-irrigated areas of Punjab. Some of the important families are Fabaceae (21 medicinal species), Apiaceae, Asteraceae, Lamiaceae, Solanaceae (6 species each), Cucurbitaceae, Malvaceae, and Poaceae (5 species each). The life form, parts used and pharmaceutical uses of these plants are also described. 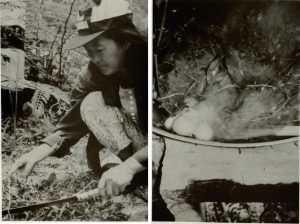 Zheping Xu, Ph.D., Associate Research Librarian, is engaged in the construction, management and application services of scientific data resources. His major research fields include biodiversity, digital library, geology and digital humanities, etc. He has published more than 30 papers, and is an editorial board member of "Data Intelligence" and "Journal of Agricultural Big Data", and he serves in some international organizations, including BHL, GBIF and CODATA.

Tian Jiang, Ph.D., Librarian, is engaged in the management of scientific data, and her major research fields include plant sciences, scientific data management, information analysis of science and technology, etc.

« Previous post
“BHL is a Game Changer for Scholars”: BHL Empowers Research on Landscape Gardening History
Next post »
Farewell to Brood X (2021) — See You in 2038!