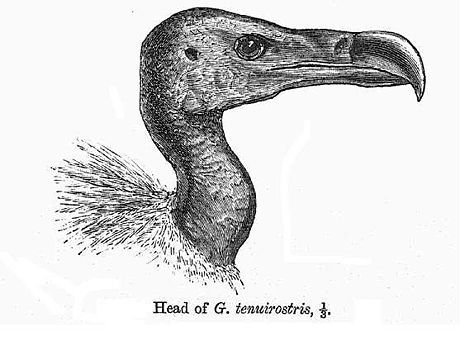 There’s no denying that, when it comes to vultures, most people feel no love lost if they fail to see them circling the skies in search of carcasses to feast upon. This sentiment is almost universally held, and so, when the infamous Indian vulture populations, which had become a staple throughout the country, started disappearing from the skies, roadsides, and roofs of the country, not many people took notice. Not, that is, until it was, quite possibly, too late.

Today, all three vulture species of South Asia (slender-billed (Gyps tenuirostris), white-backed (Gyps bengalensis), and long-billed (Gyps indicus)) are critically endangered. And the culprit? Diclofenac, a mild painkiller given to lifestock. The pain killer, though harmless to humans and livestock, has a devastating effect on vultures. After feeding on carcasses that have ingested the drug, vultures develop visceral gout – “untreatable kidney failure that causes a crystallized bloom across their internal organs. Death occurs within weeks.” The current predicament these birds now find themselves in is poignantly captured in a recent article by Meera Subramanian entitled “India’s Vanishing Vultures.”

Two years after the cause of the problem – Diclofenac – was determined, the Indian government officially banned the sale of the drug for veterinary purposes. However, locals say that this has not stopped its use. Today, vulture population numbers have dropped by 97%. While fifteen years ago there were an estimated 15 million vultures in the Indian subcontinent, today those numbers are closer to 60,000.

People are trying to make a difference. Reporter Meera Subramanian wrote of her experience visiting the Pinjore Vulture Conservation Breeding Center, where Vibhu Prakash and a small team of researchers are attempting to breed captive vultures. One of three breeding centers constructed as part of the Vulture Recovery Plan that was enacted by the Indian government in 2004, it is the only center that “comes anywhere close to having twenty-five breeding pairs of each of the three Gyps [vulture] species.” The fact that vultures produce only 1 egg per breeding cycle doesn’t help matters. Since the center opened, only seventeen vultures have been successfully bred.

In light of this article and the alarming rate of decline for this species, we have selected as our book of the week The Fauna of British India, Including Ceylon and Burma: Birds, v. 3 (1895), by Eugene William Oates. Within this volume, Oates succinctly describes each of these vultures species (beginning with pg. 322), with the descriptions recounting a time when the species were plentiful and commonplace, a state which, unfortunately, we do not find today. The truth of the matter is, unless drastic changes are made quickly, accounts such as these may be the only manner in which future generations, or even this generation, can enjoy or learn about these creatures.

The status of the three vulture species in India and Southern Asia is tragic, and only time will tell if the efforts of individuals like Vibhu Prakash will save these species. Sadly, until the use of diclofenac is completely abandoned, it’s unlikely that we will see significant progress towards the salvation of this species. We can only hope that raising awareness of this creature, and demonstrating how important the scavaging activities of these birds actually are to the
welfare of the humans that share their habitat (see Subramanian’s article for more explicit information on the critical role these species play in the ecological health of their environemnt), will bring about a determination in the hearts of humans that may eventually serve as a revival for the species. 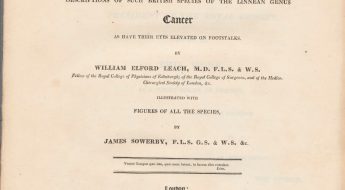 « Previous post
BHL goes live in Australia with launch of BHL-Australia site
Next post »
Book of the Week: Illustrations and Fringe Science?