Ever wanted to get a systematic view of the animal kingdom in picture-book style? Well, this week you’re in luck, because we’re featuring Illustrations of Zoology (1851), with engravings by F.W. Lowry and Thomas Landseer, after the original drawings by Sowerby, Varley, Holmes, Bone, Pyne, Lowry and Charles Landseer. It contains no less than 87 illustrations of animals from all walks of life!

The book is arranged first according to vertebrates and invertebrates, and within each of those divisions, it is further divided into the various classes, i.e. Mammals, Birds, Reptiles, and Fish for vertebrates and Mollusks, Insects, Crustaceans, Arachnids, Myriapods, Echinoderms, Entozoa, Acalepha, Infusoria, and Polyps for invertebrates. The further you delve into the classes, the more the categories are broken down into orders and families. While 156 pages of our book of the week give some fairly detailed text descriptions of the classes, orders and families contained within, the really juicy stuff comes after that, when the dozens of breath-taking engravings begin. For our post, we’ve chosen a few of our favorite engravings, and, for each featured, we’ve chosen our favorite animal on the page and included an interesting fact about it. Enjoy! 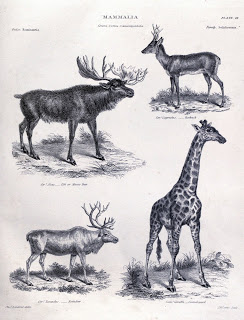 Mammals: Featured animal, the Giraffe. Interesting fact: Giraffes can grow up to 18 feet tall, but they have the same number of vertebrae in their necks as humans do: 7! 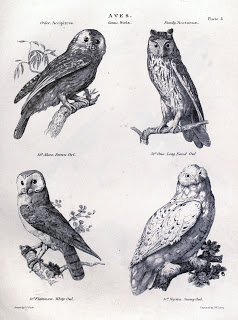 Birds: Featured Animal, the Snowy Owl. Interesting fact: The Snowy Owl’s diet consists mostly of lemmings, and they can eat up to 1,600 a year each! 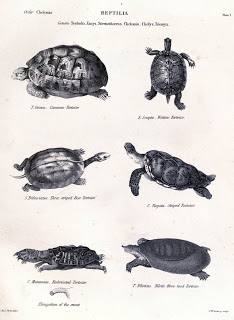 Reptiles: Featured Animal, the Matamata. Interesting fact: The Matamata has been renamed 14 different times in 2 centuries. 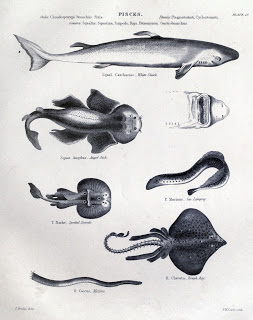 Fish: Featured Animal, the Whale Shark. Interesting fact: The Whale Shark is the largest fish in the sea, reaching lengths of 40 feet! 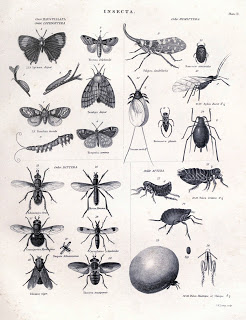 Insects: Featured Animal, Lanternfly (shown as Fulgora candellaria). Interesting fact: Though named Lanternflies due to the assertion that the large “snout” of this insect becomes illuminated at night (an assertion that even Linnaeus accepted without question), centuries of observations have failed to support this claim. 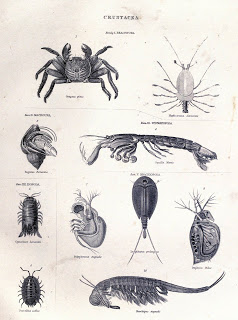 Crustaceans: Featured Animal, the Mantis Shrimp (shown as Squilla mantis). Interesting fact: This shrimp is of the “spearer” type, having long spiny appendages topped with barbed tips that are used to stab and snag prey. 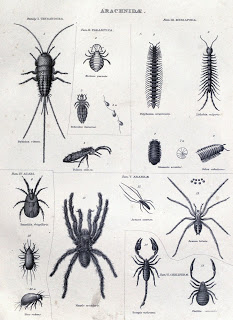 Arachnids: Featured Animal, Argiope lobata (shown as Aranea lobata). Interesting fact: Argiope lobata decorate their webs with intricate crisscross patterns, of which the purpose is still in hot debate. Some believe the patterns serve as camouflage, others that they make the spider appear larger and more threatening, and still others that they make the web more visible and thus less likely to incur accidental damage from large bodies like humans. Still others believe that the patterns more distinctly reflect ultraviolet light, which many insects are attracted to, thus increasing the number of prey that the spider traps.

We hope you’ve enjoyed our brief excursion into the world of zoology, but remember, we’ve only highlighted a few of the many gorgeous plates in this book. Be sure to check out all of the images from Illustrations of Zoology (1851) in our Flickr account! 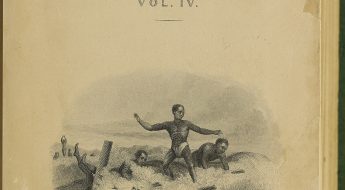 « Previous post
Book of the Week: The Power of the Dog
Next post »
BHL and Our Users: EOL Rubenstein Fellow, Dr. Breda Zimkus