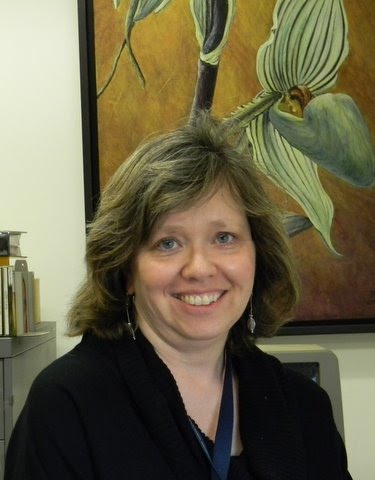 This week, we feature one of the librarians at BHL partner institution, the Smithsonian Institution Libraries. Robin Everly, the Botany-Horticulture librarian for the Smithsonian, has played an extremely active role in the development and dissemination of BHL for the past several years. She has a unique perspective on the project, playing the role of both user (to perform library-related job requirements) and member of the team developing BHL. We are excited to share her interesting viewpoint on our blog!

What is your title and institutional affiliation (or alternative place of employment)?
I’m the Branch Librarian for the Botany-Horticulture Library at the Smithsonian Institution Libraries. Currently, I’m also serving as Board President of the Council on Botanical and Horticultural Libraries (CBHL) through May 2012.
How long have you been working in a library environment?

Pretty much my entire working life. In high school, I worked as a page for my local public library. Although I have a B.S. in Zoology from the University of Maryland, the jobs I applied for had to do with handling and organizing scientific information. Included in this mix were working at the National Cancer Institute’s then called Cancer Therapy Evaluation Program, which handled drug development; a short lived pesticide risk assessment position; and working as a database indexer for the AGRICOLA database at the National Agricultural Library (NAL). While working at NAL, I decided to make working in the information field official by getting an MLS. My goal was to work as a science reference librarian, and its one of the best decisions I ever made.

As a botanical librarian working at the U.S. National Arboretum, I would use Botanicus, a database developed at the Missouri Botanic Garden. Around 2007 or 2008, I kept hearing about the Biodiversity Heritage Library database and wondered how it differed from Botanicus. In January 2008, I attended a presentation by Martin Kalfatovic and Suzanne Pilsk on BHL at NAL and learned what I thought were pretty ambitious plans for getting more content. There I also learned about plans for BHL to eventually have the majority of botanical literature in it and for Botanicus to hold a certain subset.
It’s hard to believe that BHL has only been around for the last 5 years or so. It’s made such a huge impact on taxonomy –both botanical and zoological; timewise,it feels like it has been around a lot longer.
What is your current level of involvement in BHL?
I serve on the BHL Collections Committee, which has a member from each BHL library on it. I represent the Smithsonian Institution Libraries on the committee. I’m also on an in-house SIL taskforce group which meets at least once a month. Plus, I’m also a big advocate of the data base and try to promote it whenever I can to our library visitors and staff here at the Smithsonian.
What is your opinion of BHL and what impact has it had on your duties as a librarian?
BHL is a wonderful project. In my opinion, it’s the librarians’ and libraries’ way to contribute to plant and animal conservation. It’s a project that helps researchers based in the developing world – where most plant biodiversity is found – conduct their research more quickly and easily. Since most of the printed taxonomic literature is in North America and Europe, this project brings the literature, literally to a researcher’s fingertips at his/her desktop, anywhere in the world you have an internet data connection. And the best part is: it’s freely available. Our foreign visitors are especially impressed with the database and all the books and journals that are available on line. I only heard compliments about the database when I was at the recent International Botanical Congress in Melbourne, Australia. It’s very gratifying to get such a positive response from your users on a product developed partly at your institution.
As a librarian, it has made my job easier because I don’t need to request an article or book through interlibrary loan if it is in BHL; I just send the requester the URL. Also, if the print copy is fragile, acidic or even brittle, it allows for that copy to be handled only under special circumstances. The electronic copy is serving as a kind of “preservation tool” in this case. BHL is organized in such a way that it is easy to explain to a user how to search it and find the information they need.
Years ago, I went into science because I wanted to be a researcher involved in animal conservation. Although I have never achieved that goal, by participating in BHL as a librarian, I’m helping the researchers who are involved in both plant and animal conservation conduct their research. I found this a very rewarding part of my job.
bhl users, botany, horticulture, librarian user, library, smithsonian
November 8, 2011
Share This Post 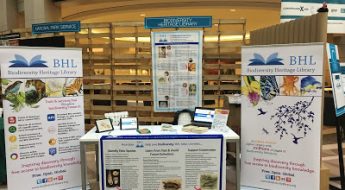 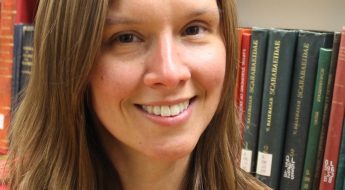