“I have hunted butterflies in various climes and disguises: as a pretty boy in knickerbockers and sailor cap; as a lanky cosmopolitan expatriate in flannel bags and beret; as a fat hatless old man in shorts.”

Although Vladimir Nabokov is remembered as one of America’s most venerated novelists, his first and most beloved pastime was not the writing of books, but the chasing of butterflies. Nabokov loved butterflies long before Humbert Humbert fell so tragically in love with his adolescent nymphet and long after American parents had stopped naming their children “Lolita.”

In celebration of Nabokov’s lifelong love for this branch of entomology, this week’s choice for Book of the Week is:

The butterflies of the eastern United States and Canada : with special reference to New England  by Samuel Hubbard Scudder.

The three volume set of this work indisputably shaped Nabokov’s first perceptions of the hidden world of taxonomy; a world concerned with type specimens, small red tags, and the tiniest of minutia. It has been confirmed that the Nabokov family library in Vyra, Russia held a copy of this book. Perhaps, it is the very same one that Nabokov is enjoying featured in the picture above. Although Nabokov appears to exhibit the politeness and propriety as expected from a young aristocratic boy, one can only imagine a young Vladimir privately perusing this book’s pages and beautiful color lithographs with gluttonous delight.

A little known fact is that Nabokov deeply admired Samuel Hubbard Scudder, author of this work. Nabokov emigrated to the United States in 1940 and within a year moved to Cambridge, Massachusetts where he would volunteer to organize the then disheveled collections of butterfly specimens held in the Museum of Comparative Zoology’s Entomology Department. This is the collection that was started by Samuel Scudder and A.S. Packard in 1859. In fact, many of the specimens held in the collection were personally contributed by Scudder himself. It was not by a twist of fate that Nabokov ended up in Cambridge; his admiration for Scudder had paved the way.

In tribute to Scudder, upon discovering a misclassified species of  butterfly that bore the wrong label in the Museum of Comparative Zoology’s collection, he renamed the sub-species of melissa after him: Lycaeides mellisa samuelis, commonly known as the Karner Blue.

It truly was a rare person to be held in high esteem by Nabokov who has been noted by his biographers to be a markedly irreverent man who saw little wrong with calling Ezra Pound a total fake, criticizing Audubon’s technique in regards to his illustrations of butterflies, or perhaps most shocking: disparaging Darwin’s Theory of Evolution. To the average person,  such criticism is considered blasphemy. Nevertheless, we all know Nabokov was far from average and behind each criticism he had as always had diligently and ever so painstakingly collected evidence to support his statements.

While working at MCZ, Nabokov’s passion for lepidoptera was quickly noted. He was eventually appointed to a paid position as the de-facto Curator of Lepidoptera for the museum and served this post from 1942-1948. It would be during this time that he would produce his most important contributions to the field. His top three accomplishments were:

1) The separation of the Karner Blue aka Lycaeides melissa samuelis from the Lycaeides idas group. As noted earlier, there was a butterfly that had been misclassified in the MCZ collections. This particular butterfly had previously not been observed and described by taxonomists. After doing extensive work in genitalia comparison for the butterfly, Nabokov renamed the specimen in honor of Scudder by giving the specimen his first name samuelis. Some have even suggested that this sub-species might be a full-fledged biological species in its own right but, further inquiry still needs to be done. Any takers? You can read his 1943 article in the open-source journal Psyche where he separates out the Karner Blue from the idas.

2) Providing a compelling hypothesis about the Polyommatus blues evolutionary and migratory paths in his 1945 Psyche paper Notes on Neotropical Plebejinae. He conjectured that they came from a common ancestor that lived about 10 million years ago in Asia and they migrated by way of the Bering Strait and moved slowly all the way down to Chile. While most full-time lepidopterists had disregarded Nabokov’s findings as those of a dilettante, a recent paper has vindicated Nabokov’s theory (using gene-sequencing technology to map evolutionary relationships) showing that he was correct about the migratory patterns of the Blues. Of the discovery, Naomi Pierce current Curator of Lepidoptera at the MCZ and co-author of the vindicating paper said she “was blown away…because he made these five predictions about what our time traveler would see, and he was spot-on correct about all of them.” Read the full story which appeared in the NY Times last year.

3)  A complete revision of the North American members of the genus Lycaeides. After dissecting 350 specimens, Nabokov came up with three groups: Lycaeides argyrognomon (renamed idas in 1954), Lycaeides scudderi and Lycaeides melissa. Of the paper he wrote and published in the Bulletin of the Museum of Comparative Zoology (available for free on the BHL) Nabokov said, “This work took me several years and undermined my health for quite a while. Before I never wore glasses. This is my favorite work. I think I really did well there.” Later, a review from Alexander Klots author of Field Guide to the Butterflies of North America glowingly said “the recent work of Nabokov has entirely rearranged the classification of this genus.”  Nabokov couldn’t have been more pleased saying, “That’s real fame. That means more than anything a literary critic might say.”

So are we to remember this man foremost as a Novelist or a Lepidoperist? Surely, his books would have been nothing without his butterflies. The pages of Nabokov’s fictional work flutter with 570 mentions of butterflies and entomologists have now named over 20 species of butterfly after characters from his novels. Ironically, it was Nabokov’s literary importance and notoriety that drew disdain from the very community that he so desired to be apart of. Most full time lepidopterists considered Nabokov a boyish aficionado with a reputation for excessive”splitting.” Moreover, they felt he had not earned but garnered the title “most famous lepidopterist in the world,” simply because of his literary status. Since many of Nabokov’s contributions to the sciences have been vindicated we think it only right to remember him as much a lepidopterist as a literary giant. The notion that the twain can meet is perhaps embodied in a quote from his novel Pale Fire:

“Does there not exist a high ridge where the mountainside of ‘scientific’ knowledge joins the opposite slope of ‘artistic’ imagination?”

Yes, and it is on this Ridge where one will find Nabokov. At last Nabakov has been wholeheartedly accepted by the very community that once disregarded him. We know he would be pleased if he were alive today. Is it not comforting to know that a man of such incredible fame considered the life of the taxonomist, who busies himself with the classification and description of all of Earth’s wonderful creatures, the most rewarding of all. He knew the work to be done was endless, the pay less than fabulous, and the fame? Are you kidding? The thought is laughable. The work of the taxonomist is oft overlooked and its characters considered by society as dusty anachronisms who do monotonous “detail-oriented things.” Yet the work that is done is not done for the attention or glamor that it brings, but rather the inner satisfaction that comes from knowing that you are making a contribution that is vitally important to the existence and persistence of life.

Today, the Karner Blues are poster-children of the conservation movement due in-part because of Nabokov’s work on them. In the early 60’s and 70’s Nabokov was still able to catch them on road-trips from Cornell to Boston. However in 1992, the Karner blue butterflies were federally listed as endangered. The dramatic decline in their population is due to habitat loss and modification resulting from human activities.

Learn more about the Karner Blue and the Recovery Plan in place to help save this iconic species. 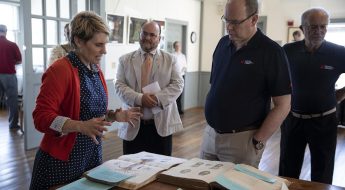 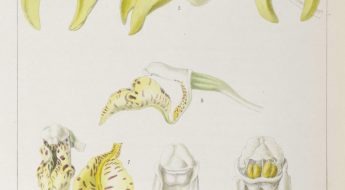