210 years ago, in an autumn not unlike our own today, Alexander Wilson set out with two companions on a 1,300 mile trek, mostly on foot, from Philadelphia to Niagara Falls. Enchanted by the natural beauty of his adopted homeland, Wilson, Scottish by birth, detailed his two-month-long adventure in an epic 2,219 line poem entitled The Foresters: A Poem Descriptive of a Pedestrian Journey to the Falls of Niagara in the Autumn of 1804.

Wilson was born in Paisley, Scotland in 1766, but he emigrated to the United States in 1794 with his nephew, William Duncan. Although today known as one of the greatest ornithologists America has ever seen, Wilson’s interest in poetry was deeply rooted in his youth. During his time in Scotland, he wrote a great deal of poetry, much of which was satirical. In fact, it was after his arrest and imprisonment for writing a severely satirical poem against a local mill owner that Wilson decided to move to America.

Poetry and ornithology were not the only hats Wilson wore throughout his life. He was somewhat of a jack-of-all-trades. He earned his living as a weaver in Scotland, and upon moving to America he worked as a schoolteacher, peddler, engraver, surveyor, and editor. Nature, birds, and poetry, however, were his true passion.

In 1798, four years after they had moved to America, Wilson and his nephew William Duncan, purchased a farm in Ovid between Seneca and Cayuga Lakes, New York, securing 150 acres of uncleared land for $750. Wide-spread outbreaks of yellow fever in Philadelphia, where they had been living, and family ties in upstate New York, prompted their relocation to this rich, largely untapped land in the Finger Lakes region. After the purchase, Duncan began clearing the land for farming while Wilson resumed his teaching activities in a school in Milestown near Philadelphia and accepted odd jobs such as surveying to raise money for the farm.

In late October, 1804, Wilson, Duncan, and one of Wilson’s students, Isaac Leech, embarked on their great adventure through the Western Frontier, leaving from Philadelphia and heading west through Pennsylvania towards Niagara Falls.

The journey was an ambitious, enlightening, and multi-faceted one. Within his Foresters poem, Wilson provides descriptions of the homes, taverns, and inns they stayed in, reflects upon the virtues of teaching (a profession he clearly believes is under-valued), and describes in vivid narrative the natural beauty and wildlife they encounter. His writings also reveal the progression of human settlement and land development along the Susquehanna, with Wilson remarking on how changed the wilderness was since last he visited it.

Finally, in late November, the travelers reach the climax of their expedition: Niagara Falls. The Falls, a nearly inaccessible wonder of the New World in the early 1800s, is a thing of matchless beauty in Wilson’s mind.

“Fixed to the rock, like monuments we stood,
On its flat face, above th’ outrageous flood,
There, while our eyes th’ amazing whole explored,
The Deep loud roar our loudest voice devoured.
High o’er the wat’ry uproar, silent seen,
Sailing sedate, in majesty serene,
Now ‘midst the pillard spray sublimely lost,
And now, emerging, down the rapids tost,
Swept the gray eagles, grazing calm and slow,
On all the horrors of the gulf below;” (pg. 75-76)

With their purpose accomplished, Wilson, Duncan, and Leech set their sights homeward. On December 7, 1804, Wilson returned once again to Philadelphia, penniless but enthused by his adventure. Wilson published his poem in serial form in 10 issues of “The Port Folio,” a leading literary magazine in Philadelphia, from 1809-10. The poem was first published in book format in 1818 and again in 1838, with little difference between the editions. The 1838 edition of The Foresters is available in BHL from Cornell University Library.

The adventure represented not only an important literary venture for Wilson, but solidified in him the desire to pursue his dream to classify, describe, and illustrate all bird species in the United States. Wilson, in fact, viewed this trip as an opportunity to collect and observe American birds. Early on in the poem, Wilson indicates that he came prepared to sketch, bringing along “colors, paper, and pencils.” What’s more, he frequently describes hunting various birds, including ducks, egrets, herons, eagles and geese, which he would later use as reference for his great masterpiece, American Ornithology.

At the age of 40, just seven years before he died of dysentery and exhaustion, Wilson left teaching and spent the rest of his life traveling over 10,000 miles observing and collecting birds, which he chronicled and illustrated in American Ornithology. The publication included over 260 species, 48 of which were new to science, and was published in at least 10 editions over 70 years.

Alexander Wilson was a remarkable man who laid the foundations for American ornithology. Though his formal education ended at the age of thirteen, his natural intelligence, creativity, and curiosity propelled him to explore his natural world and fueled a thirst for knowledge that rivaled the greatest intellectuals of the day. His wonderful poetic descriptions within The Foresters offer a unique opportunity to experience Wilson at a personal level and appreciate the awestruck wonder he felt within the wilds of America.

Far spreading forests from its shores ascend;
And tow’ring headlands o’er the flood impend;
These, deep below, in softened tints are seen,
Where Nature smiles upon herself serene,
O lovely scenes! In ecstasy I cried,
That sink to nothing all the work of pride! (pg. 52) 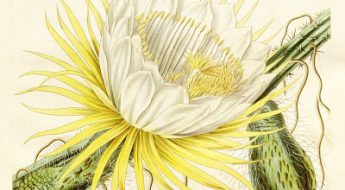 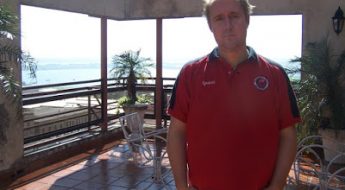