When you think of oceanic dolphins, chances are you don’t think of trash. But if you’re a taxonomist, you might.

“The family Delphinidae has been called a ‘taxonomic trash basket’, because many small to medium-sized odontocetes of various forms have been lumped together in this group for centuries” (Dr. Edward Vanden Berghe, Flanders Marine Institute. WoRMS. Delphinidae).

Even today, multiple classifications exist, and depending on the schema used, anywhere from 30-50 species may be attributed to Delphinidae, ranging in size from 1-9.1 meters (see various taxonomies in EOL, WoRMS, Marine Mammal Science, and Animal Diversity Web). The distribution of Delphinidae species across such wide and diverse habitats and the lack of data for many members of the family impede conclusive taxonomic assertions regarding species distinctions and relationships.

Regardless of the questions still remaining, members of the Delphinidae family share many characteristics, including numerous conical teeth, compression and fusion of the neck vertebrae, and sophisticated echolocation ability.

The quest to understand and organize oceanic dolphins is one that requires patience and the continual acquisition of knowledge and data. This has been the reality since scientists first attempted to classify these marine mammals, and one poignantly felt by one of the world’s foremost cetacean authorities at the turn of the century: Frederick William True.

Frederick W. True (1858-1914) began his career as a clerk at the U.S. Fish Commission in 1878. In 1881, he was hired by S.F. Baird as Librarian and Acting Curator of Mammals at the Smithsonian’s National Museum of Natural History, after which he was promoted to Head Curator of Biology in 1897 – a position he held until 1911 when he became the Assistant Secretary of the Smithsonian Institution. With a focus on living and marine fossil mammals, True was the first marine mammals curator at the Smithsonian. Though he is most famous for his work on the mysticetes and beaked whales, True also provided invaluable contributions to the study of the Delphinidae family.

At the turn of the century, the status of the Delphinidae family was even more confusing than it is today. The widespread distribution of the family meant that the same species might actually be found off the coasts of every continent (the common bottlenose dolphin (Tursiops truncatus) for example, has a worldwide range). More crucially, the lack of access to the specimens and data of scientists in different parts of the world, led to the tendency of some naturalists (such as Edward Drinker Cope) to base new species descriptions on scant data (often relying on a single, perhaps incomplete, specimen to assert a new species). Consequently, our turn of the 20th century understanding of Delphinidae was saturated with questionable, often synonymous, scientific names.

True recognized that scientists at the time used non-uniform criteria to describe and classify species. Some based descriptions on external characteristics, while other relied on osteological examinations, resulting in, as True put it, two series of species. Varied criteria employment also resulted in drastically different classification schemes, resulting in a plethora of competing taxonomic trees for both Delphinidae and related families.

The preponderance of oceanic dolphin scientific names and uncertainty of species relationships was a major impediment to the advancement of Delphinidae research. Near the end of the nineteenth century, True set out to bring order to the chaos.

True began his endeavor with a focus on the species found off the North American coasts, but the state of affairs compelled him to expand his scope to the entire Delphinidae family. Though his work was largely based on that of Gray, Flower, Stejneger and Baird, True was the first person to attempt to analyze all available data, harmonize the many synonyms, and produce a classified list of truly distinct Delphinidae species.

True quickly realized that “a proper comparison of the species described respectively by European and American naturalists could not be made without an examination of the types.” Thus, in the winter of 1883-84, True spent four months in the museums of England and Europe studying the type specimens of the described Delphinidae species. The result of his labor was the publication Contributions to the natural history of the cetaceans. A review of the family Delphinidae, which presented a revised Delphinidae classification.

During his time abroad, True kept a journal recording the observations, measurements and data he gathered. These records were used to inform the aforementioned publication. Dr. Nick Pyenson, current Curator of Fossil Marine Mammals at the Smithsonian’s National Museum of Natural History, recently discovered this journal amongst a box of True’s manuscripts and research materials in the Smithsonian’s Remington Kellogg Library of Marine Mammalogy.

As the journal (1883-84) shows, True carefully examined and measured all of the type specimens he could find, including specimen catalog numbers, locality, sex and age if known, various lengths including total, length of beak, and girth, and other data such as the number of teeth. These kinds of data remain relevant today, where the consistent collection and curation of this irreplaceable data provides the basis for answering many different ecological, evolutionary and conservation research questions.

Even more interesting, the logbook is annotated by Remington Kellogg, the aforementioned library’s namesake and himself an authority on cetaceans. Though his time at the Smithsonian’s National Museum of Natural History postdated True’s lifetime, Kellogg took a keen interest in True’s work and annotated many of his manuscripts, including not only this journal but also True’s fieldbook of collecting trips in 1906-08.

The measurements and osteological examinations recorded in True’s 1883-84 journal were used to create limits of specific variation among species and inform a comparative analysis of species relationships to produce a revised taxonomic tree. The result was the harmonization of existing scientific names down to a total of 62, classified within 19 genera and 2 subfamilies within Delphinidae.

Of course, the science of taxonomy is not a static endeavor. Classifications are constantly improving and evolving as we have access to new information and specimens, discover new species, and employ new techniques (such as DNA sequencing) in our quest to better understand the world and the species in it. Indeed, even True himself acknowledged that the accuracy of classifications was dependent on the availability of data and the construction of a full biological picture. In his publication, True asserted,

“The writer is fully aware that the time is not yet ripe for a final review of the family Delphinidae. The work now accomplished must be regarded as provisional and subject to change in the future…Cetologists must be content to wait patiently until the acquisition of new specimens make a complete description possible.”

And indeed, new information has come to light since True revised the Delphinidae family over 100 years ago. While the total number of species, genera, and subfamilies differ depending on the classification schema used, of the 62 distinct species that True recognized, 38 are recognized as distinct today (though some under different names), and 32 are still included in the Delphinidae family. Twenty-four of the species True classified as distinct are now considered representatives of other species cataloged in his publication or are not recognized as distinct species today (i.e. nomen dubium). While many of the binomials employed by True are today considered invalid synonyms (though some have changed only slightly in spelling), 15 of the names included by True are still considered valid. (Comparisons made on whole species binomial. Data based on taxon information in WoRMS collected 1/30/2015. Note: some researchers have proposed using Sagmatias for species of Lagenorhynchus today — so Sag. amblodon may get resurrected.)

Scientific Research in the Digital Age

The efficiency of scientific research depends on access to raw data, specimens, and previously published information. During True’s lifetime, access to this information was especially difficult, resulting in the proliferation of competing taxonomies. Satisfying information needs often required expensive trips across oceans and countries to consult dispersed institutional collections.

Today, open access digitization initiatives are working to provide global, online access to the information required to study, describe, and classify life. The digitization of museum specimens, scientist’s raw data contained in unpublished fieldbooks, and centuries’ worth of published natural history literature allows researchers to draw connections among all of this information, see the work upon which current systems are based, compare notes across disciplines and time, and more easily harmonize synonyms and create classifications. The Biodiversity Heritage Library and The Field Book Project, through the digitization of natural history fieldbooks and publications, are two programs amidst a growing cadre of initiatives dedicated to facilitating discovery of the natural world. Through continued collaboration and a commitment to open access, we can improve the efficiency of scientific research across the globe. 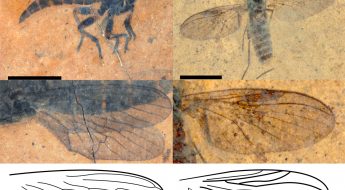 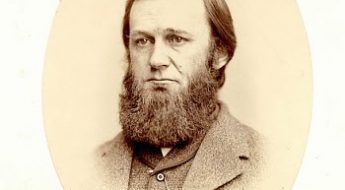