On the eastern coast of Florida, about 120 miles north of Miami, there’s a very special research center. It serves as a field station specializing in marine biodiversity and Florida ecosystems, especially that of the Indian River Lagoon – one of the most biologically-diverse estuaries in North America. The center serves as a destination for scientists around the world who are interested in studying the extraordinary biodiversity in the area as well as ocean and coastal processes at large.

This center is the Smithsonian Marine Station at Fort Pierce, and its mission is to “support and conduct…scholarly research in the marine sciences, including collection, documentation and preservation of south Florida’s marine biodiversity and ecosystems, as well as education, training, and public service.”

The Smithsonian has had a presence in Fort Pierce since 1969. While the station and facilities have grown and evolved tremendously over the past four decades, a $10 million donation from Suzanne and Michael Tennenbaum in 2012 launched a project that further expands the Station’s contributions to worldwide coastal marine biodiversity and ecosystem research.

Entitled the Tennenbaum Marine Observation Network (TMON), the project establishes “the first worldwide network of coastal ecological field sites” and “will provide an unprecedented understanding of how marine biodiversity is affected by local human activities and global change, such as ocean warming, acidification and rising sea levels.” The Smithsonian Marine Station at Fort Pierce was named one of five field sites in the project, which aims to incorporate an additional ten new sites within the next decade.

Dean Janiak has served as a biologist on TMON and the related Marine Global Earth Observatory (MarineGEO) program at the Fort Pierce Marine Station for the past year and a half. Before joining the station in Florida, he served as the Head Technician in the Benthic Ecology lab at the Smithsonian Environmental Research Center (SERC) in Maryland. With a B.Sc. in Biology from Humboldt State University and an M.Sc. in Marine Sciences from the University of Connecticut, Janiak has a passion for marine ecology, invasion biology, and life histories – a passion which attracted him to the position in Fort Pierce.

“I would consider myself a general marine ecologist with a particular interest in how marine invertebrate communities are both formed and maintained in space and time,” explains Janiak. “When we travel out into the field and see communities of animals living in close proximity to each other, we could assume that they just randomly arrived there and have made a living. However, most species actually have gone through a harrowing adventure to get to where they are. Besides how they got there, the animals themselves are unbelievably diverse. I would argue that within ½ meter 2, in many parts of the ocean you could find more diversity than any zoo or aquarium could ever show you. Because of this, much of my interests are in not only why communities look the way they do but also what species or groups of species make up these communities. In particular, I do a lot of research in an unusual type of habitat – artificial habitats (e.g. docks, marinas, seawalls, etc.) – which are actually pretty common. While they tend to have a positive effect for those installing them (storm protection, recreational boating), we have little knowledge on how they function in terms of the animals on them and how they contribute to the overall system. For example, a large percentage of non-native species are found in these types of habitats, and one of the topics I am interested in is the consequences of these species spreading into more pristine, native habitat like seagrasses or reefs.”

Such research is dependent upon information contained within published literature.

“In my opinion, there is no way to do science of any kind without having a solid background on what has been done in the past,” affirms Janiak. “Unlike past history where we must learn from our mistakes in order to be successful, the sciences allow us to learn from our accomplishments. Each species is unique in its evolutionary journey and should be treated as such. Identifying a species and learning about how that species makes its living requires an extensive use of the library system.”

Traditionally, access to historic literature can be difficult to obtain, even for researchers working at institutions with extensive library collections such as those that Janiak has access to through the Smithsonian Libraries. While Janiak is quick to point out that he benefits enormously from the e-journal subscriptions and robust ILL services offered by the Smithsonian, being stationed in Florida, away from the library base of his home institution, means that his opportunity to access the Library’s physical collections are limited. Even the speediest ILL services inevitably introduce delays into the research process. The Biodiversity Heritage Library (of which Smithsonian Libraries is a founding Member), however, is revolutionizing scientific research, providing researchers across the globe with free and immediate access to the information and publications they require to study life on Earth.

“BHL is a great resource for trying to find things that have typically been forgotten by most,” applauds Janiak. “[It provides access to] literature that would be otherwise impossible to find or know that it even existed.  From a research perspective, I use BHL as a starting to point to find taxonomic information on a particular species or group that I am working on. As we move closer and closer to new age molecular approaches to identifying species, we are losing people who can simply look at an animal and tell you what it is, why it is that, and the interesting way that it makes a living. I think that much of this knowledge would be lost if BHL was not trying to keep this information available.”

In particular, BHL has proven to be a useful resource for the TMON project, providing information that supports research on global change.

“TMON has at its core to understand biodiversity and how it changes through time,” explains Janiak. “I think that we are all aware that the climate is changing, and it is natural for change to occur. There are built-in positive and negative feedback loops that allow the climate to do so. I think the problem is that this change is happening at a rapid rate and we, in a single generation, can see this happening. It is therefore important to have access to a biodiversity library that has done so well to document the past, as this is vital to our understanding of the future.”

Thanks to the free online access to biodiversity literature provided by BHL, combined with the extensive resources offered by the Smithsonian Libraries, Janiak has the information he needs to follow his research passions.

“I have always been career-minded and have also always wanted to be a part of something special with the caveat that it must come with a constant challenge. I think that the Smithsonian has not only offered me that but has also given me the opportunity to build a career with all the resources that I would need plus that relentless challenge that keeps me engaged and excited each day. It’s essentially like the popular kid at school asking you to play in their sandbox; you never want to leave.” 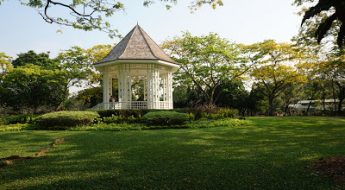