Ole Worm (1588-1654) was the first, and most well-known, collector in Scandinavia during the Renaissance.  In his homeland, Ole was attributed as the founder of the modern disciplines of archaeology, museology, philology, ethnology, and folklore.  Ole’s cabinet of wonder, documented in a catalog of its holdings, Museum Wormianum (which we highlight in this post), was the foundation for what would become Denmark’s National Museum.

Ole was born in Arhus, Denmark, the son of a mayor, and went to grammar school in his hometown and then in Germany, after which he moved to Emmerich on the Rhine in 1603 to study at a Jesuit school.  He returned to Denmark but set out again in 1605 on a “grand tour” of Europe, visiting important cities, museums, and centers of learning; taking such a grand tour was popular at the time among the sons of nobleman and the newly rich.  While on his grand tour, Ole studied philosophy, anatomy, medicine and theology, acted as a private tutor, and received a doctorate in medicine in 1611 for writing a dissertation on almost all known diseases (at the time) and their cures.

It was while Ole was on his grand tour of European cities of learning and culture that he began collecting objects that would come to inhabit his cabinet of wonder–also interchangeably called cabinets of curiosity during the period, or as he referred to it in a letter, his cabinet of naturalia.  (For more on cabinets of wonder, see our blog post on Ferrante Imperato and his cabinet of wonder here).  Ole visited a well-known collector in Italy in 1609, went to Germany and saw a famous art collection, and in Enkhuizen, the famous collector Bernhard Paludanus gave Ole a coffee bean and an exotic reed–both objects obtained through foreign travels and international trade.  Cabinets of wonder during this period especially valued the exotic, objects that came from America or other faraway lands that were now accessible through foreign trade and colonialist empire-building.

Ole continued to correspond with various European collectors who were famous for their pursuits of knowledge and virtue.  How does collecting objects make one virtuous?  The pursuit of knowledge was a virtue, and collecting physical objects aided in pursuing knowledge.

According to the philosophy of the time, by collecting physical things that reflected God’s creative powers, one was highlighting God’s power.  And those things that were once considered monstrous in the medieval period–Siamese twins, deformed fetuses, strange creatures–now represented God’s omnipotent ability to intervene with creation and produce wondrous rarities worthy of gazing upon and studying in cabinets of wonder.

Since Ole lived during a period after the Reformation (a break with the ways of the medieval church), scholars and wealthier individuals were able to establish themselves as creators of knowledge, collectors and curators of cabinets of wonder, studying by means of a proto-empiricism where knowledge was gained by physical experience with an object (rather than the later definition of empiricism as knowledge gained through experimentation).

After Ole returned from his grand tour, he took a position at the University of Copenhagen and was the chair of pedagogy, Greek and physics, consecutively, and in 1624 became a professor of medicine.  Around 1620 he began creating his museum, “Museum Wormianum”.

In its nascent form, the museum contained the curiosities Ole collected on his grand tour, mostly geological and biological, along with cultural items.  The majority of his museums holdings, or “wonders”, were donated to Ole from other European collectors whom he met and with whom he corresponded and sometimes asked for items.  By the time Ole died in 1654, his museum was held in high regard and contemporaries wrote that the museum had wonderful, curious and odd rarities that were visited by famous and royal people from all over Europe.

The reason for collecting objects from the natural world, as well as curiosities and antiquities, was to enrich visitors’ own knowledge.  In 1639, Ole wrote of his museum and its “curiosities” saying:

“I have collected various things on my journeys abroad, and from India and other very remote places I have been brought various things: samples of soil, rocks, metals, plants, fish, birds, and land-animals, that I conserve well with the goal of, along with a short presentation of the various things’ history, also being able to present my audience with the things themselves to touch with their own hands and to see with their own eyes, so that they may themselves judge how that which is said fits with the things, and can acquire a more intimate knowledge of them all.”

During this great period of collecting, a new form of literature was created: the catalog.  Collectors used catalogs of their items to promote their collections and display their own wisdom.  Ole published two catalogs (one in 1642 and one in 1645) with inventories of the wonders in his cabinet of curiosity.  However, it was the third catalog, which came to be the version of Museum Wormianum we explore today, published posthumously in 1655 that contained the most information, as well as engravings.

Man is cataloged with “animals” in Book III, along with divine monstrosities such as deformed fetuses, a giant tooth and giant skull believed to have come from an ancient race of giant humanoids.  Curiously, mummies, although they are human remains, are cataloged with “minerals” in Book I.

Book II deals with plants, and includes a section on tree “monstrosities”, so-called because they were thought to resemble animals or other objects.

Book IV, De artificiosis, discusses man-made objects in the collection, including both contemporary-but-exotic items like bows, arrows and tobacco pipes from America, and antiquities like Roman and Danish jewelry and metal weapons from India and Norway.

Two of the most amazing man-made creations were wooden automata created by contemporaries: mus rotis actus, a wooden mouse covered with a mouse hide that operated by means of internal clockworks; and statua librata pondere mobilis, a human automaton made of wood with flexible limbs that could imitate human movement by means of a wheel crank.  This figure was dressed in clothes believed to be worn by native peoples in America and given a spear to hold, and is clearly visible in the frontispiece to the book in the middle of the image of Ole’s cabinet of wonder (see image below).

If one views the objects in the frontispiece to Museum Wormianum from right to left, the order of objects mirrors the order of the same objects as they are listed in the books that comprise this work.

Ole Worm inspired future generations of collectors and multitudes of visitors to his cabinet of wonder by showing them curiosities they likely never would have seen otherwise.  For Ole and many of his contemporaries, these items were outward symbols of the divine creative powers of God and of the powerful knowledge and virtue possessed by the scholar who collected them.

Ole was considered a great academe and writer in Europe after publishing a compendium on Danish runestones in 1643, called Danicorum Monumentorum Libri Sex.  To create this work, he sent artists around the Danish kingdom to accurately sketch the monuments and their engraved runes.

In attempting to create a book of medieval Icelandic sagas, Ole worked with a prominent Icelandic historian, Arngrimur Jonsson; when both men had no luck finding the sagas, Arngriumur told Ole that he heard of an old woman who lived on a distant coast who knew about the medieval sagas and could perhaps retell them, and that they could send a poet to her to have them written down.  There is no record of any success in this venture.

During his grand tour of Europe, Ole had an autograph book which he filled with the signatures of famous cultural figures, including professors and dignitaries, whom he met during his travels.

Shop Objects of Wonder in the BHL Store

Ole Worm’s cabinet of curiosity is one of the many wonders you can find in our Objects of Wonder BHL Store collection. 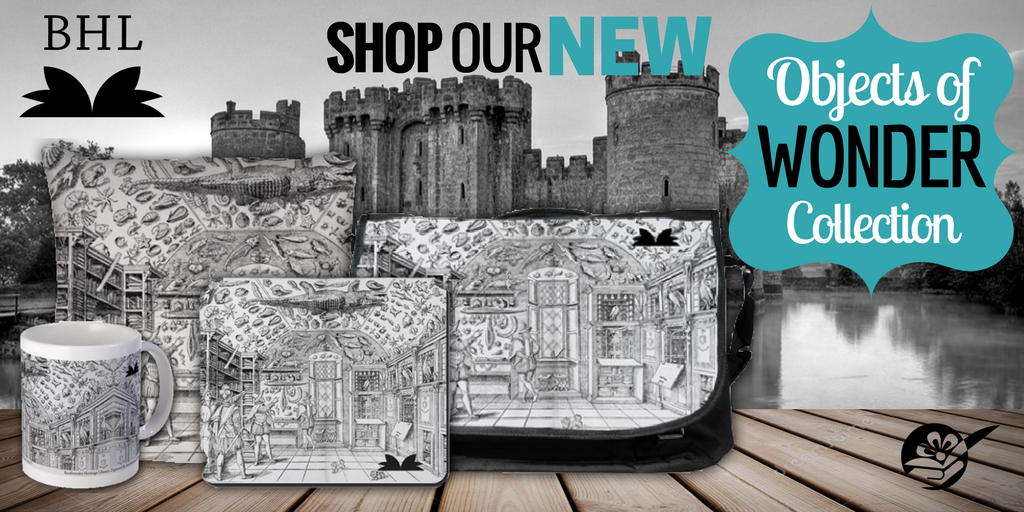 Shop today to bring some curiosities home with you.

100% of the proceeds from the sale of products in the store are used to digitize more books for BHL. Learn how these books help save biodiversity. 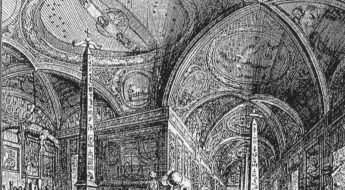