In the early 20th century, the British Colonial Office and the Discovery Committee of the British Government undertook a series of major investigations into the biology of whales in the Southern Hemisphere. Using ship- and shore-based equipment (including whaling stations on South Georgia Island operated by the UK and other nations), these Discovery Investigations, as they were called, significantly advanced human knowledge of whale morphology and ecology.

The results of the Investigations were presented within the 37 volume series entitled the Discovery Reports. Groundbreaking for their time, these Reports are still important for cetacean research today.

“The data collected and published in the Reports were unique because they represented, in every case, a one-time, time-stamped opportunity to record the precise dimensions, weights, gut contents and many other details gathered as part of whaling activities,” explains Dr. Nicholas Pyenson, Curator of Fossil Marine Mammals at the Smithsonian’s National Museum of Natural History (NMNH).

Pyenson has used the data in the Reports to inform several recent studies. For example, he and colleague Simon Sponberg used data on total length and adult body mass for Southern blue and fin whales, published in 1929 as part of the Discovery Reports, to help develop and test regression methods for reconstructing the body size of extinct whales. Their findings, published in 2011 in the Journal of Mammalian Evolution, provided major insight into studying the evolution of cetacean body size.

More recently, while researching the evolution of whale hearing, Maya Yamato and Pyenson used data on the fetal growth rates of whales, published in 1959 as part of the Discovery Reports, to gain insight into the maturation of the ear in baleen and toothed whales. Their research, published in 2015 in PLOS ONE, traces the development of an evolutionarily novel feature in cetaceans – the use of an acoustic funnel, rather than an ear canal, for hearing.

“The historic information in the Reports is so valuable for a variety of questions about the evolution, anatomy, and ecology of large whales,” asserts Pyenson.

Pyenson has been studying marine mammals and other marine vertebrates for over 15 years. He’s published pioneering research on the evolution and diversification of marine mammalian lineages and has used revolutionary techniques like 3D modeling to uncover new insights into the anatomy and transformation of this group. He’s even shared some of his research during past BHL-related events, including live webcasts for the #FWTrueLove and #FossilStories campaigns.

Pyenson’s scientific achievements, including the use of emerging digital tools to expand public access to fossils, earned him the coveted Presidential Early Career Award for Scientists and Engineers (PECASE). He is the first NMNH scientist to receive this award, which is the “highest honor bestowed by the United States Government on science and engineering professionals in the early stages of their independent research careers.”

While Pyenson has embraced many novel research techniques, the historic data found in publications like the Discovery Reports underpins much of his work. Thanks to the digital open access provided by the Biodiversity Heritage Library (BHL), it’s easier than ever to integrate these resources into modern research processes.

“As a free, mobile archive for natural history literature, BHL is ideal for 21st century research, which can happen on the field, in a museum, or at a coffee shop, as long as there’s internet connectivity,” lauds Pyenson.

Pyenson began using BHL nearly ten years ago, and over the past decade, it has had a major impact on his – and his colleagues’ – research.

“BHL supercharges the speed and efficiency of scholarly research, especially in the natural sciences where old literature sometimes contains the only information on a topic, taxon, geographic locality or collector,” says Pyenson. “And because BHL is open-access, I know firsthand that many of my international colleagues have dramatically better access to the literature covered in its database than more recent journals locked behind pay-walls.”

Pyenson uses BHL at least once a week, obtaining descriptions, measurements, and detailed views of morphology on fossil or modern specimens. The usability of the website, and the fidelity and quality of the scans, allow him to access and download information that is critical to his work.

“I think BHL’s interface is really wonderful. The links are crisp and easy to find and share. I especially enjoy the selectivity of being able to download just a few pages or only a specific article from an issue.”

Given the significant impact that BHL has had on Pyenson’s work, he is anxious that more people be made aware of the vast abundance – and importance – of this free and open access collection.

“We need to get the word out. Old literature matters,” asserts Pyenson.

And matter it does. As Dr. Pyenson’s experience demonstrates, by providing a wealth of data on species morphology, phylogeny, and ecology, historic literature forms the foundation for the investigation of modern and ancient biodiversity. By making this content globally accessible to anyone with an Internet connection, BHL is helping to advance scientific research and inspire discovery of the natural world.

You can help support global research through a tax-deductible donation to BHL. With your help, we can continue to democratize access to information about biodiversity and empower scientific research on a global scale. 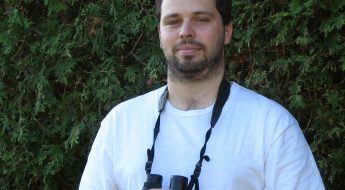 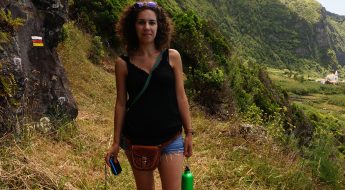