This post is the first in a two-part series about the life and legacy of botanist Emma Jane Cole. View the second part by Drs. Garrett E. Crow and David P. Warners. 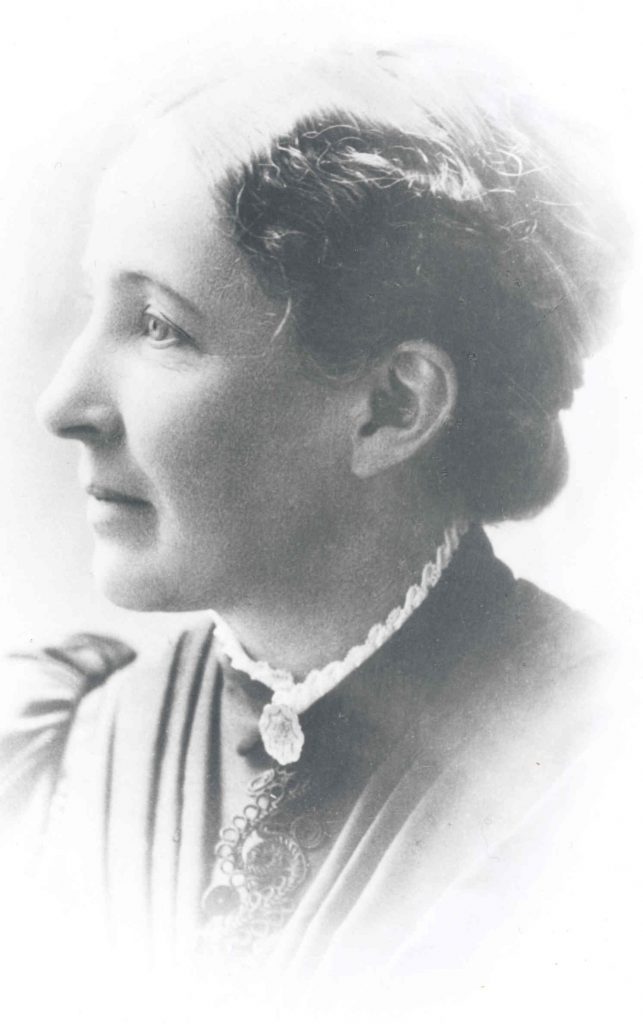 Emma J. Cole as she appeared in the 1895 Yearbook, Central High School, Grand Rapids, Michigan. Date of photo uncertain, as the same photo was used in all yearbooks from the beginning of her tenure, 1881. Photo courtesy Grand Rapids History & Special Collections, Grand Rapids Public Library.

Emma was elected a Vice President of the Kent Scientific Institute, precursor to the public museum, in 1900, but in 1891 the trustees had voted to pay her expenses while she collected plants to create an extensive herbarium for the institute (the completed sheets numbered nearly 4,000). As far as I have been able to glean, everyone involved with the KSI served without compensation for an organization whose annual budget seems to have been around $100. Emma’s reimbursements amounted to little more than $10 each summer, but as many women in science even today will attest, receiving 10% of an annual budget for a project is a significant vote of confidence at any institution.

Emma recruited students from the local high school, where she had been a teacher since 1881, to help in her field work, eventually resulting in the publication in 1901 of Grand Rapids Flora: A Catalogue of the Flowering Plants and Ferns Growing Without Cultivation in the Vicinity of Grand Rapids Michigan. It remains the only comprehensive survey of wildflowers in this area.

I was intrigued. Who was this woman and how did she undertake what seemed to me to be a truly ambitious project, on her own and in the face of a social structure less than amenable to professional work by women?

I had heard of Emma Cole before. For the past ten years I had been the editor of the Museum’s newsletter, and in 1994 the local Women’s History Council had commissioned a play about significant women in Grand Rapids history, including Emma. After a little scouring of abandoned file cabinets, I found a dusty file of research for the project containing census records about Emma’s early life, as well as copies of her Cornell University transcripts from 1876-79.

Cornell! How did this young woman from Lowell, a small town 15 miles east of Grand Rapids, leave her safe and secure family life to attend an elite eastern institution that had only begun to admit women six years earlier? I was hooked.

I started my search beyond the archives at the museum in the History and Special Collections division at the local library. I quickly stumbled onto the work of Dr. Edward Voss at the University of Michigan. What a treasure trove!

As I’m sure almost every reader of this blog will know, Dr. Voss was a professor of botany at the University of Michigan and curator of the herbarium there for decades, continuing as professor and curator emeritus until his death in 2012 at age 82. He was an internationally renowned expert on plant nomenclature, a fellow of the Linnean Society and author of the highly acclaimed three-volume Michigan Flora. He was the editor of The Michigan Botanist from 1962-1976. In the second issue he edited, September 1962, he published a 1907 manuscript by Emma Cole about her experiments with Green Dragon (Arisaema dracontium) that he found in some archives, and described her as “author of the remarkably fine Grand Rapids Flora.” He added, “She evidently influenced a large number of people in the study of botany, and she will surely be worthy of a biographical treatment one day in The Michigan Botanist.” I wish he had lived to see the July-December 2018 volume of that journal, now called The Great Lakes Botanist, in which Professor Garrett E. Crow and I published just that.

I began corresponding with Ed Voss in October of 2005, and he responded to my first e-mail with characteristic delight and enthusiasm: “I have hoped that someone with Grand Rapids connections would undertake a thorough treatment of Emma Cole!” It turned out that not only had he published her article, he included her in several surveys of historical Michigan botany and referenced her in his Flora. 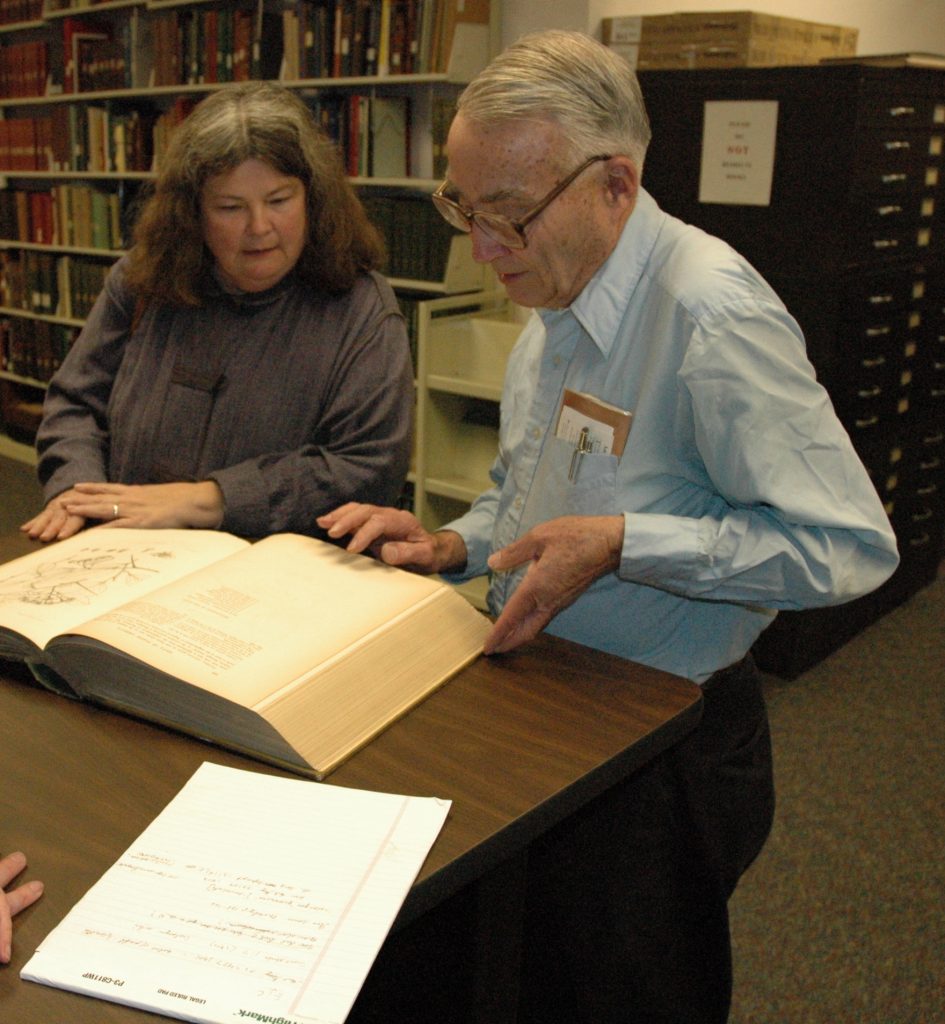 When Emma Cole died in 1910, she left a very substantial estate that included a bequest to the University of Michigan to establish a scholarship in botany. (I still have not determined how she was able to accumulate an estate that included many property holdings on the salary of a high school teacher.) In the 1953-54 academic year, Edward Voss was an Emma Cole Scholar, and he retained a lifelong interest in “Miss Cole,” as he persisted in addressing her. Not only did he provide me with a wealth of materials he had collected, he spent hours with me pulling Emma’s herbarium sheets from the University of Michigan collection so they could be photographed for various programs about her I was presenting, including tracing her botanical travels through Europe, Cuba, Mexico and all over the U.S. Her herbarium, after serving as the basis of the natural history exhibitions at the Kent Scientific Institute until the 1930s, was put on permanent loan at the University of Michigan in the 1970s. Dr. Voss also became my gentle coach in the labyrinths of botanical terminology, historical and contemporary.

Emma had substantial contact with renowned botanists during her lifetime. As I proceeded in my pursuit of information about her, the Internet became a much more significant source. In those early years, before resources such as the Biodiversity Heritage Library were readily available, most of the online listings were finding aids for archival holdings. I found an intriguing reference to “50 letters of E. Cole” in the archives of the Harvard University Herbarium, and mentions of Emma Cole in the correspondence record of Charles Sprague Sargent at the Arnold Arboretum.

Again, a treasure trove. In 2008 I traveled to Cambridge to read and copy those letter. During the time she was compiling her data for Grand Rapids Flora, Emma corresponded extensively with Dr. Benjamin Lincoln Robinson, Director of the Gray Herbarium at Harvard, and his young assistant, Merritt Lyndon Fernald (who were in the midst of writing the 7th edition of Gray’s Manual of Botany). The correspondence, which we have reproduced in the Great Lakes Botanist article, is one-sided, as only her letters survived. But from her repeated gratitude expressed for their assistance, it is clear that they provided interested and detailed advice on nomenclature and species identification.

The archive of correspondence with Charles Sprague Sargent, Director of the Arnold Arboretum at Harvard, was equally one-sided, consisting of copies only of his letters to her. She evidently had sent him numerous specimens from one of his many plant passions, the genus Crataegus (Rosaceae), and he made several visits to Grand Rapids to explore what she had found. He credited her help in describing twenty new species, and even named one Crataegus coleae, a recognition that has persisted despite the taxonomic debate surrounding this genus.

At this point in my research, after giving several public programs about Emma Cole and working with the Women’s History Council to nominate her to the Michigan Women’s Hall of Fame (she was inducted in 2007), I was at a loss as to what to do next. I had come to the opinion that the most useful next step would be to visit some of her collecting areas in the 585 square miles covered in Grand Rapids Flora, find out what might still be growing there, and publish some kind of guide that could be used by contemporary plant enthusiasts. I went as far as determining the most likely spots that would still be accessible, and found myself hopelessly in over my head with the botanical work. I stored my Emma Cole boxes away in our attic, and thought that someday I might pick up that idea again.

Eight years later — I had a call from the president of the Women’s History Council. Students from Calvin College in Grand Rapids had tracked down an article I had written about Emma for the Council’s newsletter. They were involved in a project to — revisit the collecting areas outlined in Grand Rapids Flora, assess what was growing there now and publish their results! In January of 2016 I met with Dr. Garrett Crow and Dr. David Warners, visiting scholar and professor of botany, respectively, who were directing the student project (Dr. Warners also had been an Emma Cole scholar at the University of Michigan). The three of us have given public programs about Emma and the project, and Garrett published an article updating Emma’s nomenclature in the July 2017 issue of The Great Lakes Botanist. Learn more about the student project in this post by Drs. Crow and Warners.

Me? Someday I’m going to work out how this remarkable woman left an estate totaling nearly a half-million dollars in today’s money, a curiosity sparked over two long afternoons in Kent County Probate Court records, poring over her 60-page will. Some day.

Julie Stivers is the author of The Presence of the Past: The Grand Rapids Public Museum at 150, and the history of Grand Valley State University for their 50th anniversary website. She was editor of an arts and entertainment magazine in Grand Rapids for ten years, and a freelance writer for many nonprofit organizations there. Her work on Emma Cole reflects her own amateur interests in botany. 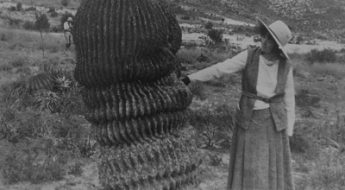 « Previous post
The Legacy of late-19th-Century Emma Jane Cole and her Grand Rapids Flora Lives on in the 21st Century
Next post »
#HerNaturalHistory: Open Data, BHL, and Wiki Projects