This post is the second in a two-part series about the life and legacy of botanist Emma Jane Cole. View the first part by Julie Christianson Stivers. 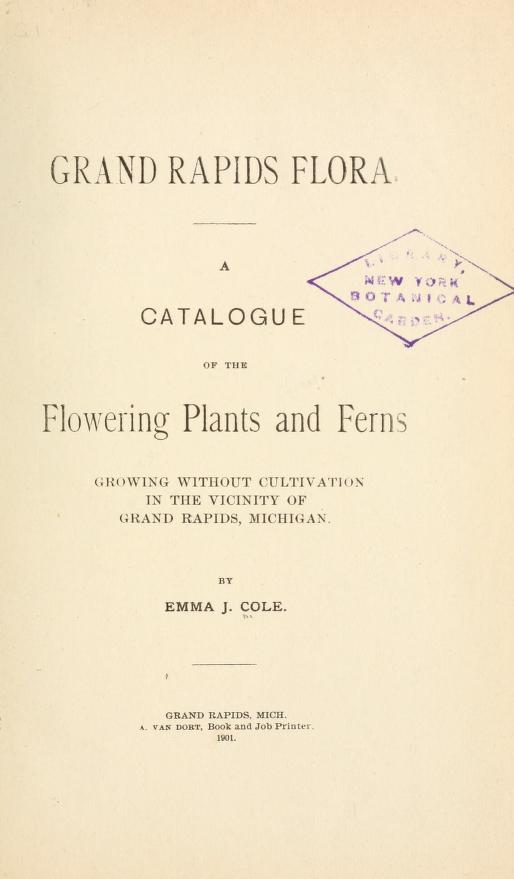 Cover: Cole, Emma. Grand Rapids Flora: A Catalogue of the Flowering Plants and Ferns Growing Without Cultivation in the Vicinity of Grand Rapids, Michigan. 1901. Contributed in BHL by the LuEsther T. Mertz Library of The New York Botanical Garden.

Today’s students tend to think that anything published in the scientific literature before they were born must certainly be old and obsolete. However, we have had the opportunity to impress upon students that Emma Cole’s Flora is a “gold mine,” informing us of the landscape of the late 1890s and the plants that occupied the Grand Rapids region at that time (covering 585 square miles). Enormous changes have taken place within and around Grand Rapids since the “horse and buggy” days of Emma Cole’s study. But how have they changed? And what can we learn by comparing Emma Cole’s Grand Rapids to what we see today?

Drs. David Warners, Professor, Calvin University, and perennial Visiting Scholar, Garrett Crow (Professor Emeritus, Univ. of New Hampshire) established a project through the Calvin Herbarium, A Field-based Retrospective Assessment of Emma Cole’s Grand Rapids Flora After 100+ Years of “Progress.” A key component of the study is to conduct field research for the purpose of identifying areas studied by Emma Cole that have persisted into the present time. 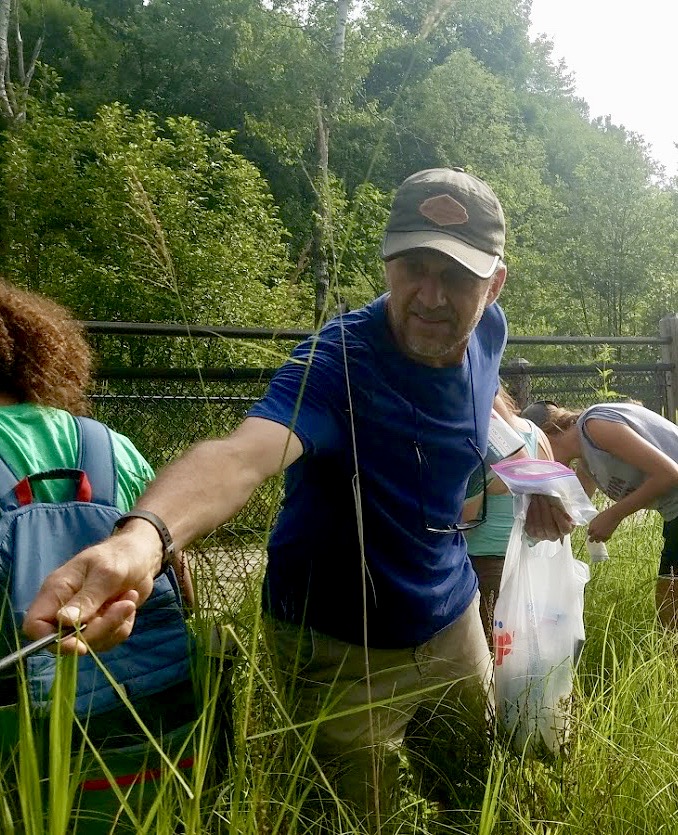 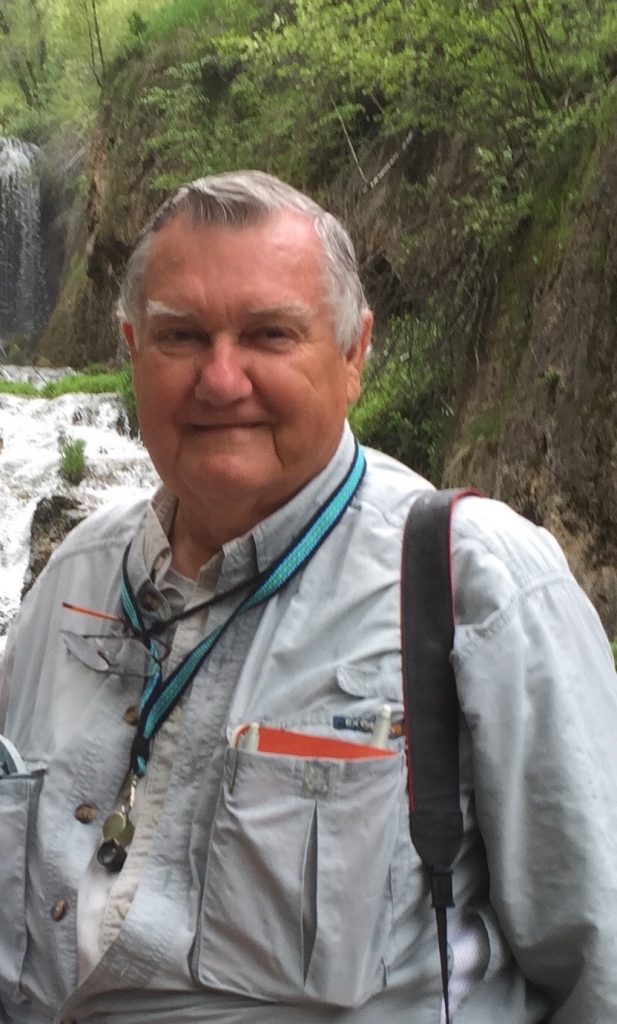 Two things were critical at the outset of the project. First, Cole’s Flora had to be brought in line with today’s botanical nomenclature as well as taxonomic changes that have resulted from more than 100 years of botanical investigation. “Emma Cole’s 1901 Grand Rapids Flora: Nomenclaturally updated and revised” (Crow 2017) accomplished that task. Second, we needed to scour Cole’s Flora and identify specific localities that she frequented and determine which of these sites might still retain natural vegetation that we could “field check” as potential study sites. For this, we engaged students. Each summer a research team of 2 students worked with us, focused on areas botanized by Cole, as well as other remnant natural areas our research discovered, that appear to be of potentially high botanical diversity and have unusual features for the Grand Rapids area (e.g. plants considered rare for the State, and/or habitats of special interest).

Over the past 4 years we have been able to study 24 locations in detail, producing a Floristic Quality Assessment of each site as a way of quantifying the natural quality of these historical remnants. We used the online Floristic Quality Assessment (FQA) Calculator to evaluate both the historical species list (compiled from specimens collected by Emma Cole and her students) and recent inventories (done by us and our students) (https://universalfqa.org). This tool utilizes the Michigan FQA Plant Database (Reznicek et al. 2014), which rates each species on a scale of 0–10. Native species with high fidelity for pristine habitats have the highest value (called the coefficient of conservation), whereas the weedy generalists (like cattails) receive low values; non-native species receive a zero. Hence, the FQA Calculator uses the list of species found at a site together with a relatively simple equation to derive a Floristic Quality Index (FQI) for that site. These FQI values, then, can be compared across sites and over time to quantitatively compare the relative natural quality of various parcels of land.

One of the enormously valuable aspects of Cole’s work is that her Flora was extremely well-documented by herbarium specimens; approximately 97% of the plants in her Flora are represented by at least 1 specimen. Remarkably, more than 5,000 specimens collected by Emma Cole, her students, and her colleagues are extant, with most specimens belonging to the Kent Scientific Institution’s herbarium (now Grand Rapids Public Museum, on permanent loan at the University of Michigan Herbarium), but many additional specimens reside in the Michigan State University Herbarium. 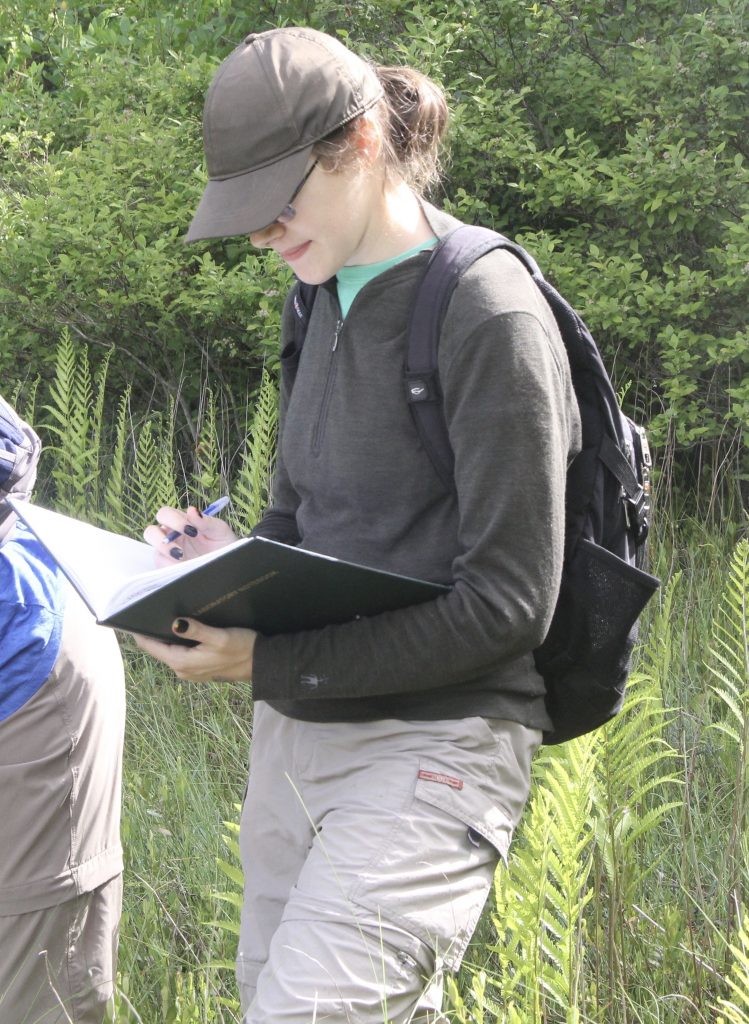 The existence of these specimens has allowed us to make direct comparisons, utilizing Floristic Quality Assessments of specific sites in which Emma or her students collected, with the plants growing in these same sites today. For instance, the woods at the present-day Grand Rapids Home for Veterans seemed to be a favorite place for her to botanize. We were able to generate a list of 62 species based on the 1890s herbarium specimens. Comparatively, our inventory of 2015-16 yielded over twice as many species (139 total) but remarkably, the historic FQI for the 1890s was 41.7, a bit higher than our 38.9 modern FQI. A conclusion from this work is that this site has remained a high-quality landscape over time, as any site with a FQI of 35–50 is regarded as fairly high quality from the perspective of the State.

Another site described in Cole’s Flora was a wooded area along Mill Creek studied by two of her high school students, Homer Skeels and Jennie Shaddick. Based on specimens of the 51 species they collected, the 1890s Mill Creek Woods had an FQI of 40.0, whereas today’s woods has a somewhat higher FQI of 47.6 (Stockdale et al. submitted manuscript). There being so many specimens collected by Homer and Jennie, we began to wonder. Further digging revealed that they married after Homer finished his BS at Michigan Agricultural College. Homer enjoyed a long career with the Plant Introduction Department, USDA, Washington DC (with a specialty of seed identifications). Mentorship by Emma Cole resulted in a number of her students following career paths as professional botanists and zoologists. 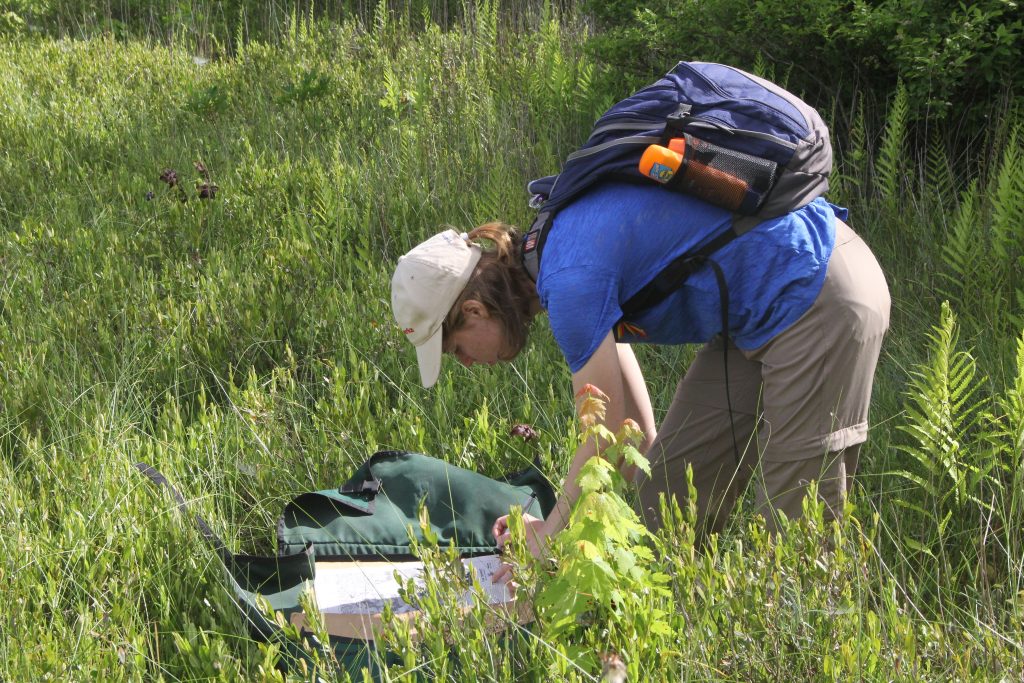 Of the 8 students trained thus far in our project, 7 have been women. From our first year, the 2 women selected for our project began by searching for biographical information on Emma Cole, discovering Julie Stiver’s (2007) brief biosketch written to support the nomination of Emma Cole to Michigan Women’s Hall of Fame. This led to connecting and collaborating with Julie to further flesh out Emma Cole—the person and her work (Stivers and Crow 2018).

You can read more about Julie Stiver’s research and discoveries related to Emma Cole in this past blog post.

Here is what our students from summer 2018 had to say in their Researcher’s Report about their participation in the project.

The Emma Cole project has been both fascinating and fun research. During this project, we were able to appreciate natural areas of Grand Rapids that are rarely seen. We gained considerable skills in identifying plants, by both identifying distinctive flora in the field and becoming familiar with the guides used to identify collected specimens. Finally, we got to appreciate the historic work of a female scientist [Emma J. Cole]. As aspiring female scientists ourselves, it has been inspiring to continue the work of an accomplished female botanist who worked in a time when women in science were much less common and encouraged than they are now.  (DeAnna Clum, Carolyn Lindemulder).

So, even though it was published in 1901, the Grand Rapids Flora continues to be an important contribution to our understanding of the natural landscapes and the plants that grow in them. Furthermore, through this book and the extensive work she did, Emma Cole continues to inspire young scientists today. And it is always more meaningful when you feel like you have been able to get to know the author.

Dr. Garrett E. Crow (MS and PhD in Botany, Michigan State Univ.). Dr. Crow taught botany at the Univ. of New Hampshire and was Director of the UNH Herbarium. His botanical research has allowed him to conduct research both in North America and abroad, with field work taking him to various regions including: Newfoundland, Siberia, Mexico, Costa Rica, Bolivia, and Tierra del Fuego. He is continuing his botanical interests working with D. Warners and Calvin students on the Emma Cole Grand Rapids Flora Project.

Dr. David P. Warners (MS, U. Wisconsin; PhD, Univ. Michigan). Dr. Warners now teaches in the Biology Department at Calvin. He works in the areas of Restoration Ecology, Plant Systematics and Evolution, Sustainability Studies and Faith-based Creation Care. His current research focusses on how to engage the local community to work together to restore health and beauty to the Plaster Creek Watershed. This work involves propagating native plants from local genotypes for use in habitat re-creations, as well as ongoing research on stream microbes, macroinvertebrates, flow dynamics, and overall water quality. He has also done work in prairie, forest, and wetland restorations.