Her work is defined by the word vocation, as she describes it in her own words, full of humility:

“I did my job with a sense of responsibility before the National Autonomous University of Mexico UNAM, with love, passion, and courage; It was enjoyable research rather than a job. In spite of everything, I think that my work is still far from being satisfactory because the knowledge of the cacti is not finished, it is always being done”. 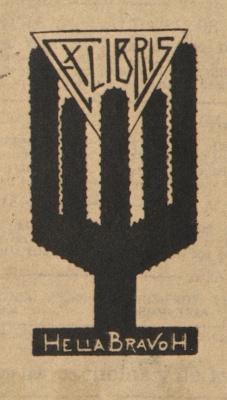 Since her childhood, Dr. Bravo Hollis stood out for her hard work. When she was 10 years old, she received a diploma of achievement from President Porfirio Díaz. In high school, she shared the classroom with distinguished personalities such as Octavio Paz, Salvador Novo, Carlos Pellicer, and even Frida Kahlo, among many other brilliant personalities of Mexican culture. As a teenager, she presented her works in the Antonio de Alzate Society and published them in Revista Mexicana de Biología (Mexican Biology Journal). Those tasks motivated her first trip abroad: a summer course at Pomona College, California. All of this gives us an idea of her striving at academic matters. 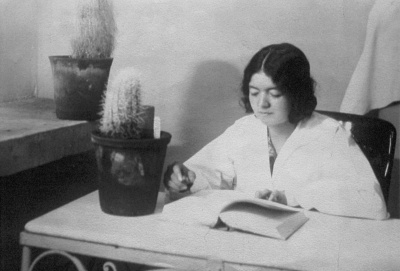 Helia during her studies with Dr. Ochoterena. Ca. 1930. Historic Archive of Biology Institute of UNAM.

Bravo Hollis was meant to study Medicine, however, she decided to study Biology against her family’s wishes. The career did not exist formally yet, and the studies were set in combination at the National School of Medicine and at the High Studies School, both part of UNAM.

In 1927, Bravo Hollis became the first certified biologist of Mexico and, in 1929 when the University reached its autonomy and her mentor Dr. Isaac Ochoterena was appointed in charge of the future Institute of Biology, she was chosen to create the Herbarium and was also commissioned with the study of the Cactaceae, one of the most identifiable, diverse plant families in Mexico: cactus, cholla, nopales, … and thus more than 700 species that, for the most part, do not exist anywhere else.

Therefore, Bravo Hollis began a stage in her career where she travelled around Mexico to collect information and samples and photograph different types of cacti. This culminated in 1931 when she graduated as a Master in Biological Sciences at the Faculty of Philosophy and Letters of UNAM, with the thesis entitled Contribuciones al conocimiento de las cacatáceas de Tehuacán (Contribution to knowledge of the Cacti of Tehuacán). This would set the beginning of her subject of study for the years to come. 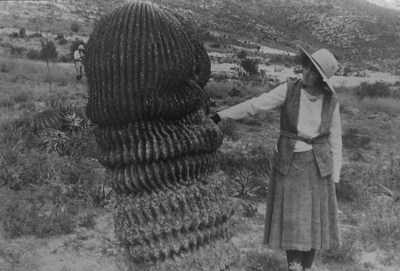 Dr. Bravo Hollis in one of her many trips of specimen recollections. Ca. 1940. Historic Archive of Biology Institute of UNAM.

From this moment forward, her research career was unstoppable, focused on systematics of cacti in Mexico and part of North America. In 1937, she published her book Las cactáceas de México (Mexican Cacti), which placed her at the forefront of this field of research around the world. In the autumn of 1951, the Mexican Society of Cactology was founded with Dr. Bravo Hollis as president of Cactaceae and Suculentas Mexicanas, which published its first issue in June 1955. Its members carried out intense field work and with all the collected material contributed to the foundation of what became the Botanical Garden of UNAM. Throughout the 1960s, Dr. Bravo Hollis managed the gardens with passion and was highly respected, to the point that she even says she paid the workers out of her own pocket when a strike left them without a salary. Sorrowfully as she expressed:

“I am retired from working at the Biology Institute at 90 years old, handicapped by painful arthritis that prevents me from walking”. 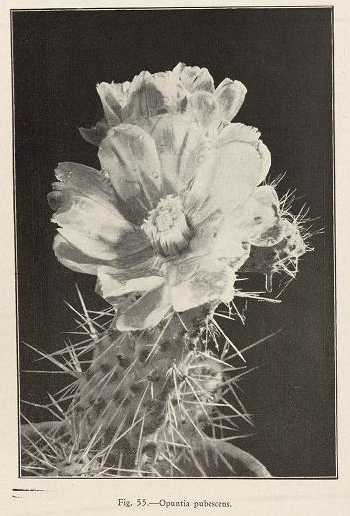 In total, Bravo Hollis published almost 170 articles and three books, described 60 scientific classifications and made 59 nomenclature reviews. She received numerous awards and recognitions, including the Cactus d’Or from the International Organization of Succulents, an honorary doctorate and an Emeritus Research Prize at UNAM. Her works received worldwide acclaim from fellow biologists and botanists, and today six species and one subspecies of cacti are named after her. Additionally, the Botanical Garden in Tehuacán pays tribute to her through its name: the Helia Bravo Hollis Botanical Garden. 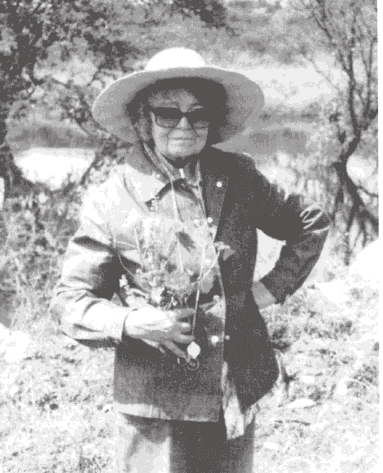 Monica Aguilar is Digital Library Coordinator from BHL Mexico at CONABIO. She serves as liaison between libraries, coordinates its activities and represents them before BHL. 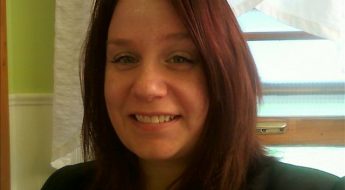 My Life as a BHL Staffer: Michelle Abeln

« Previous post
Marjorie Eileen Doris Courtenay-Latimer: Beyond the Coelacanth
Next post »
The Legacy of late-19th-Century Emma Jane Cole and her Grand Rapids Flora Lives on in the 21st Century