Provenance and Library Stamps at Museums Victoria and on BHL

On the BHL blog, we often focus on the extensive biodiversity information made available through BHL and the innovative ways scientists are using the vast quantities of historical biodiversity data in BHL to conduct contemporary research. BHL is also useful for a range of non-scientific research, however, and is used by researchers in the arts and humanities as well as the sciences. Artists draw on the illustrations for inspiration, while humanities scholars use the digitised collections for historical research.

For librarians and book historians, BHL contains a wealth of provenance information, as well as the material to conduct comparative research. As a librarian in charge of a rare book collection specialising in natural history, I often use BHL to check if our copy of an item is complete, bound in the usual manner, or coloured in the same way as other copies.

A good example of this is Museums Victoria’s copy of Albertus Seba’s Locupletissimi rerum naturalium thesauri accurata descriptio (commonly referred to in English as his Thesaurus). Museums Victoria holds the only copies of Seba’s Thesaurus in Australian libraries; however, using the Biodiversity Heritage Library I have been able to compare our copy with copies around the world in libraries that I would be unlikely to visit. I have been able to identify that our copy is bound differently to the norm, with plates and text in separate volumes — presumably at the request of a previous owner. I was also able to deduce that the unusual teal nails on the opossum are intentional — we had thought it a quirk of hand-colouring! However, all coloured copies on BHL show the opossum sporting a teal mani pedi (fig. 1). 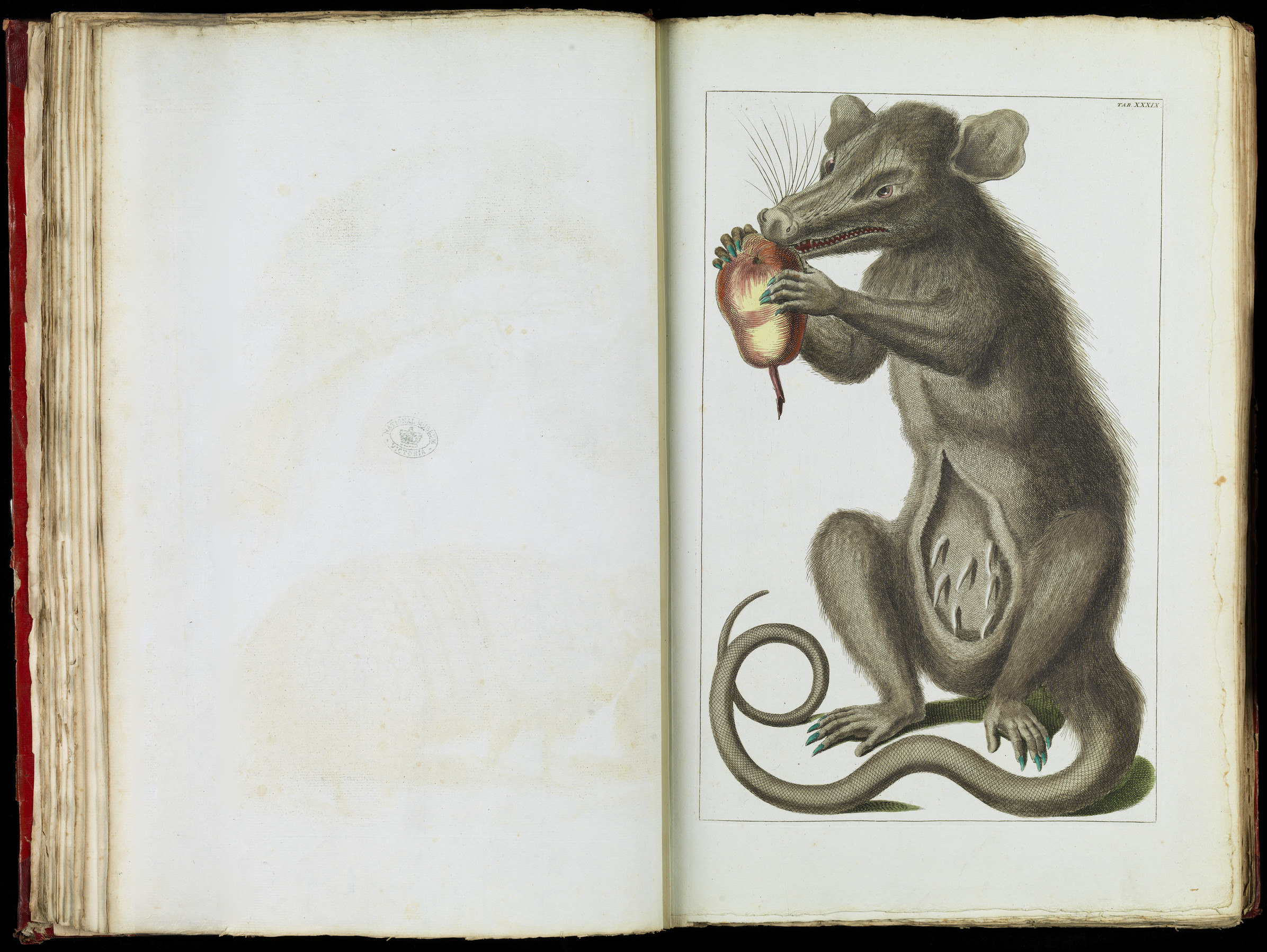 Lately, I have used our digitised items in conjunction with our Rare Book Collection to look at provenance and acquisition information in our collection. This was inspired by a fantastic course in “Provenance in Books” as part of London Rare Book School last year. Our instructor, David Pearson, took us through various aspects of provenance information in books, including bookplates, bindings, inscriptions, and annotations. Working in an institutional library, one of the things I was most interested in was different forms of library acquisition and provenance information. David told us of a project at the British Library to develop a research guide detailing the different stamps used across the institution’s history to assist in identifying when items had been acquired. I set out to develop something similar for our institution, and here is a sample of the work I have done so far, focusing primarily on one of our predecessor institutions, the National Museum of Victoria.

The National Museum of Victoria was established in the 1850s, and the library collection has been developed since its foundation. Accessioning practices have changed over the 160-plus year history of the library. The most consistent practice appears to have been to mark or apply stamps to the title page, or first few flyleaves, of a book. The stamps that appear on these pages are therefore usually the most reliable for dating an acquisition or to assist in narrowing a date range for archival research.

The information available in each library book varies. A book may include all or none of the following: accession number, date of acquisition, library stamp, inscription or bookplate of a previous owner. Books purchased between 1854 and the end of the nineteenth century are the least likely to carry acquisition information; many only bear a stamp, as shown below (fig. 2).

The practice from around 1900 seems to have been to write the accession date on the top left corner of the title page or the abbreviations ‘Entd.’ Or ‘E’ (fig. 3). 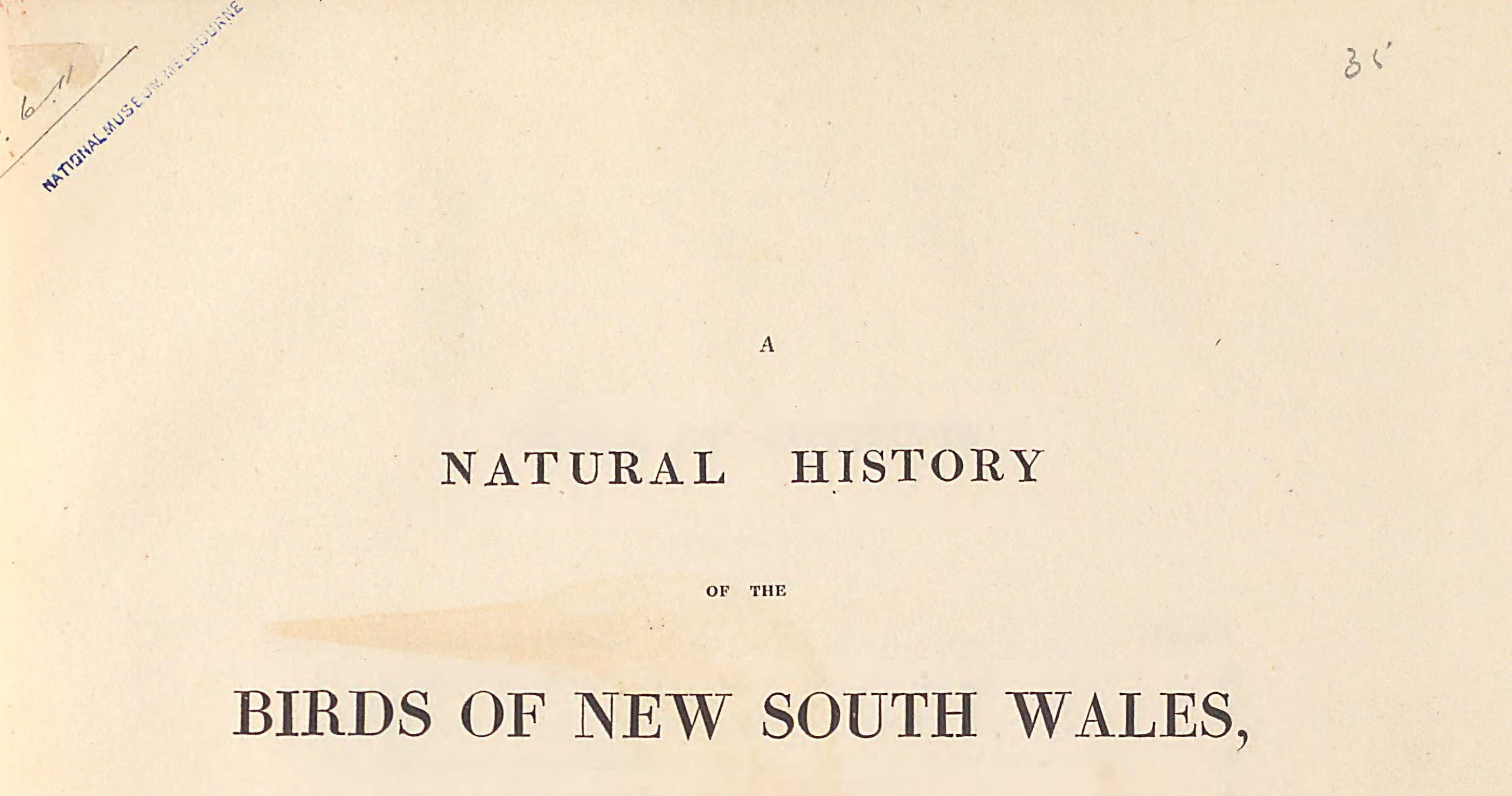 Fig. 3. Title page of Museums Victoria’s copy of A natural history of the birds of New South Wales (3rd ed. 1822) by John Lewin. Unfortunately, Museums Victoria doesn’t hold a first edition of this work, however we have digitised the 3rd (1822) and 4th editions (1838) for everyone to enjoy!

Fig. 4. Title page of Museums Victoria’s copy of Monographia Aranearum (or Monographie der Spinnen in German) (1820-1836) by Carl Wilhelm Hahn with National Museum Melbourne stamp. This title is very rare, with only 13 complete copies recorded in Peter Sacher’s census in 1988.[1] 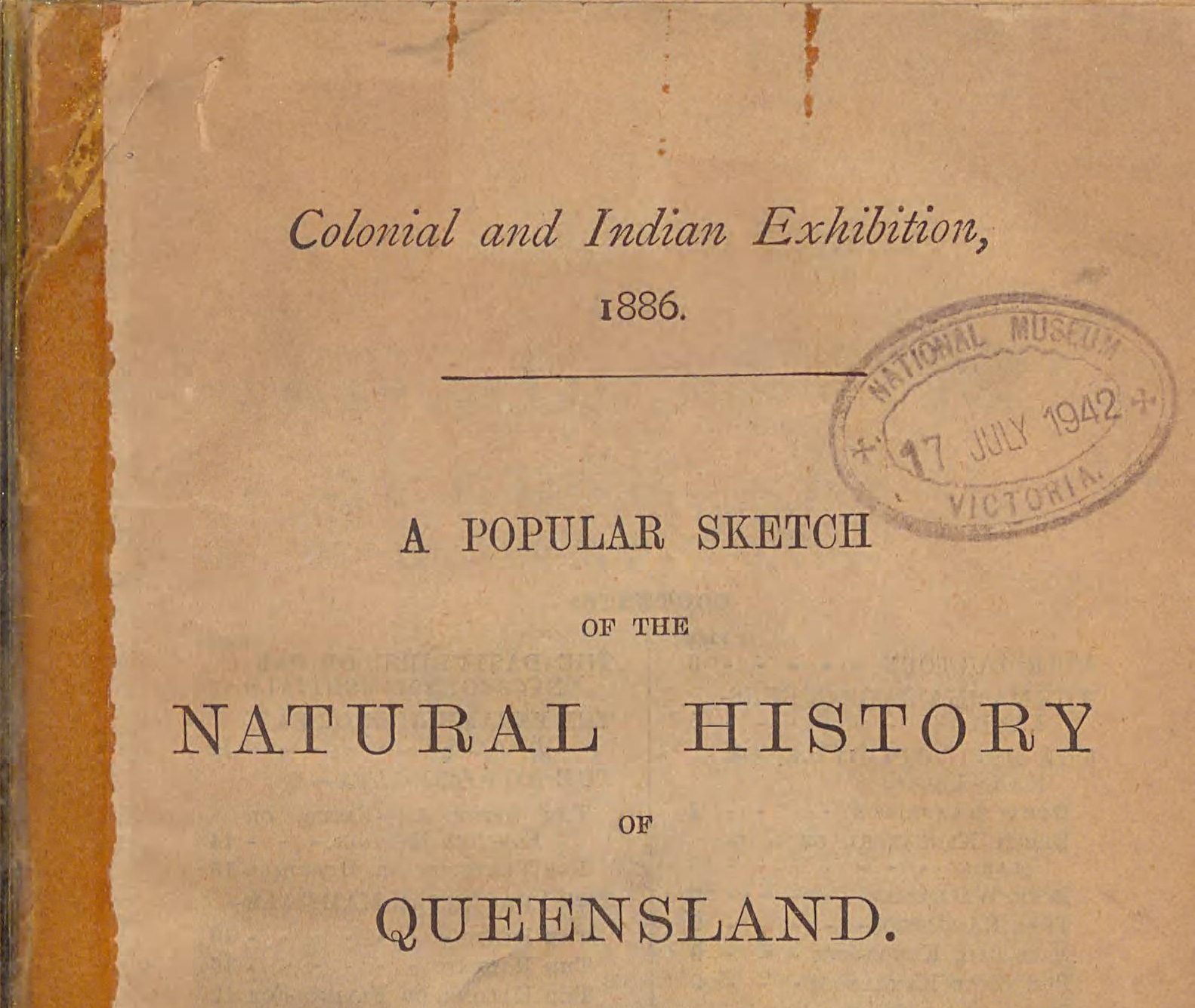 Fig. 5. Museums Victoria’s copy of A popular sketch of the natural history of Queensland (1886) by Price Fletcher with dated stamp. With a specific date available, this acquisition would be easy to trace in our archives. 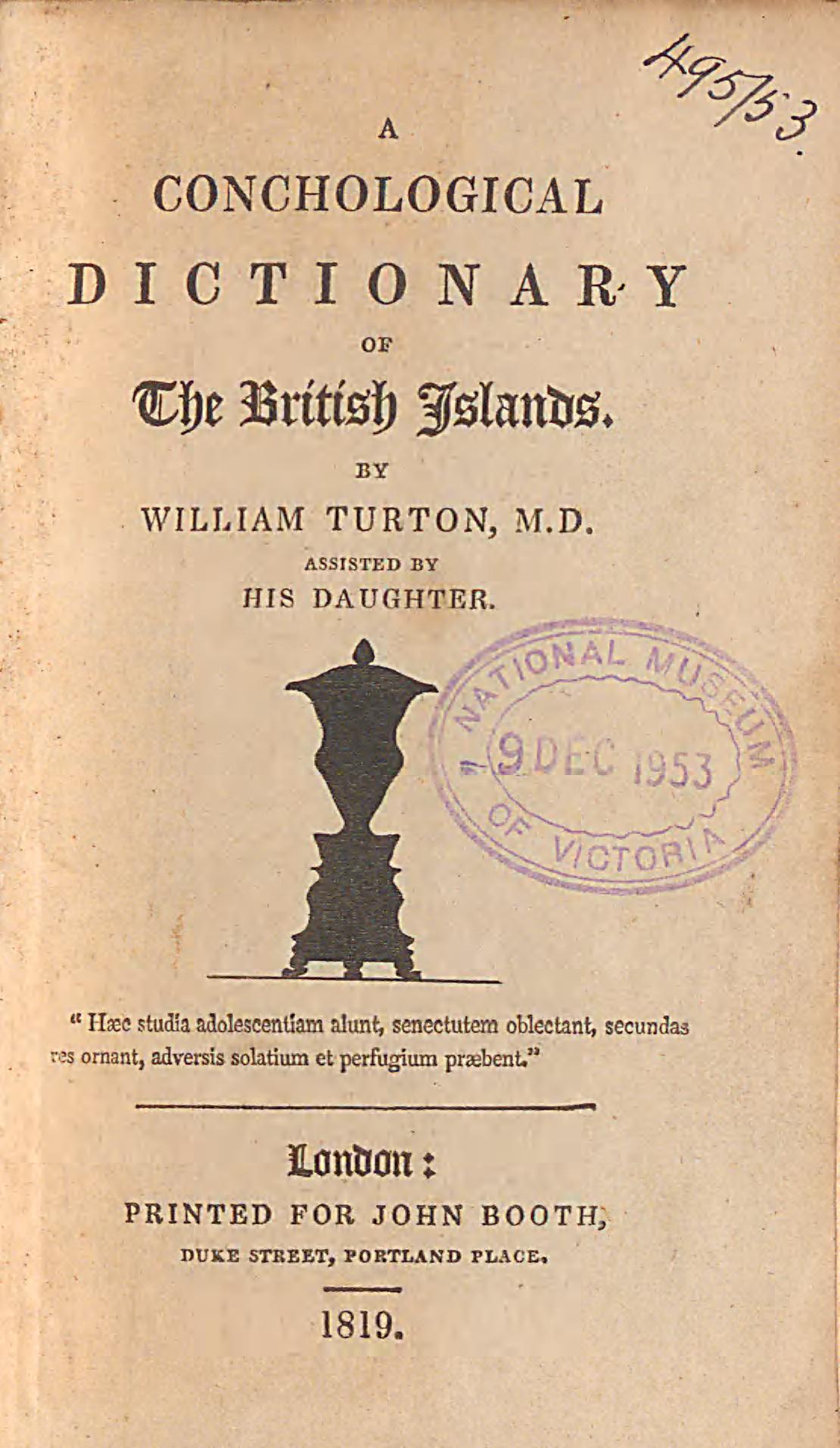 Fig. 6. Title page of Museums Victoria’s copy of William Turton’s A conchological dictionary of the British Islands (1819) with dated stamp. The acquisition number in the top right-hand corner makes this title even easier than the last example to trace in our archives. Keep looking through this item and you will spy some lovely additional illustrations added in the margins by a former owner.

While dated stamps continued to be used after the 1970s, a blind stamp was used for items that were being directly entered into the Rare Book Collection between the late 1970s and early 2000s (fig. 7). 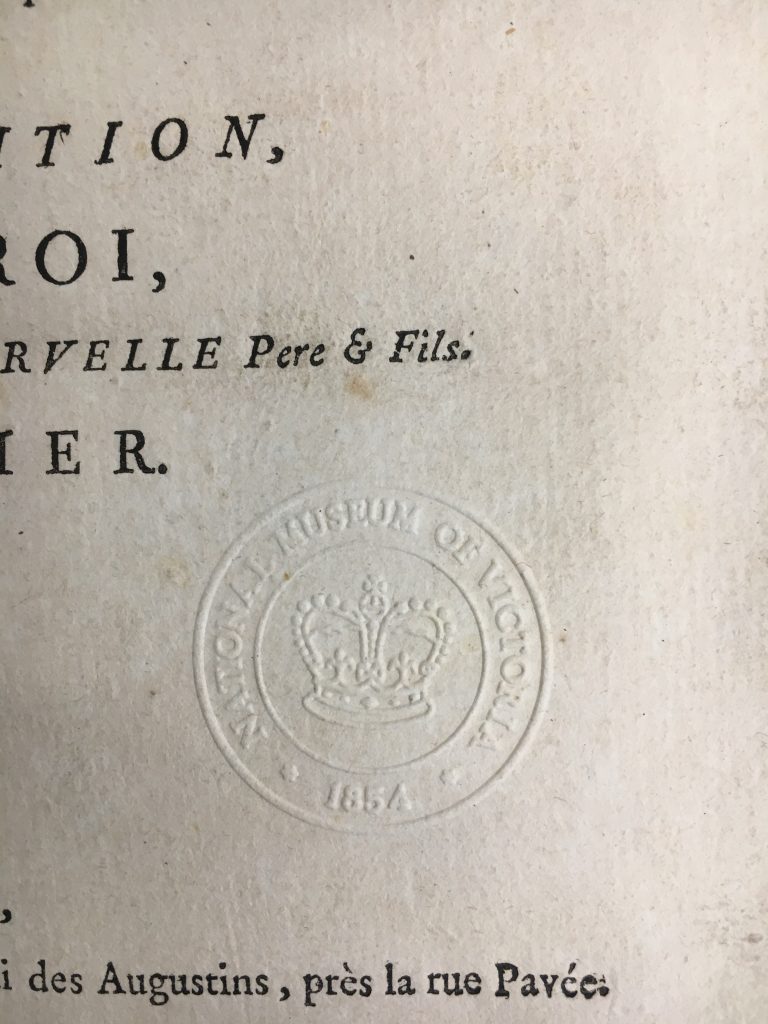 Fig. 7. This blind stamp would have been considered less intrusive, while still clearly indicating ownership.

This is representative of a shift in library practice towards the designation and separate management of rare book collections. By the late 1970s, the Museums Victoria Library was housing its rare books separately from the general collection. 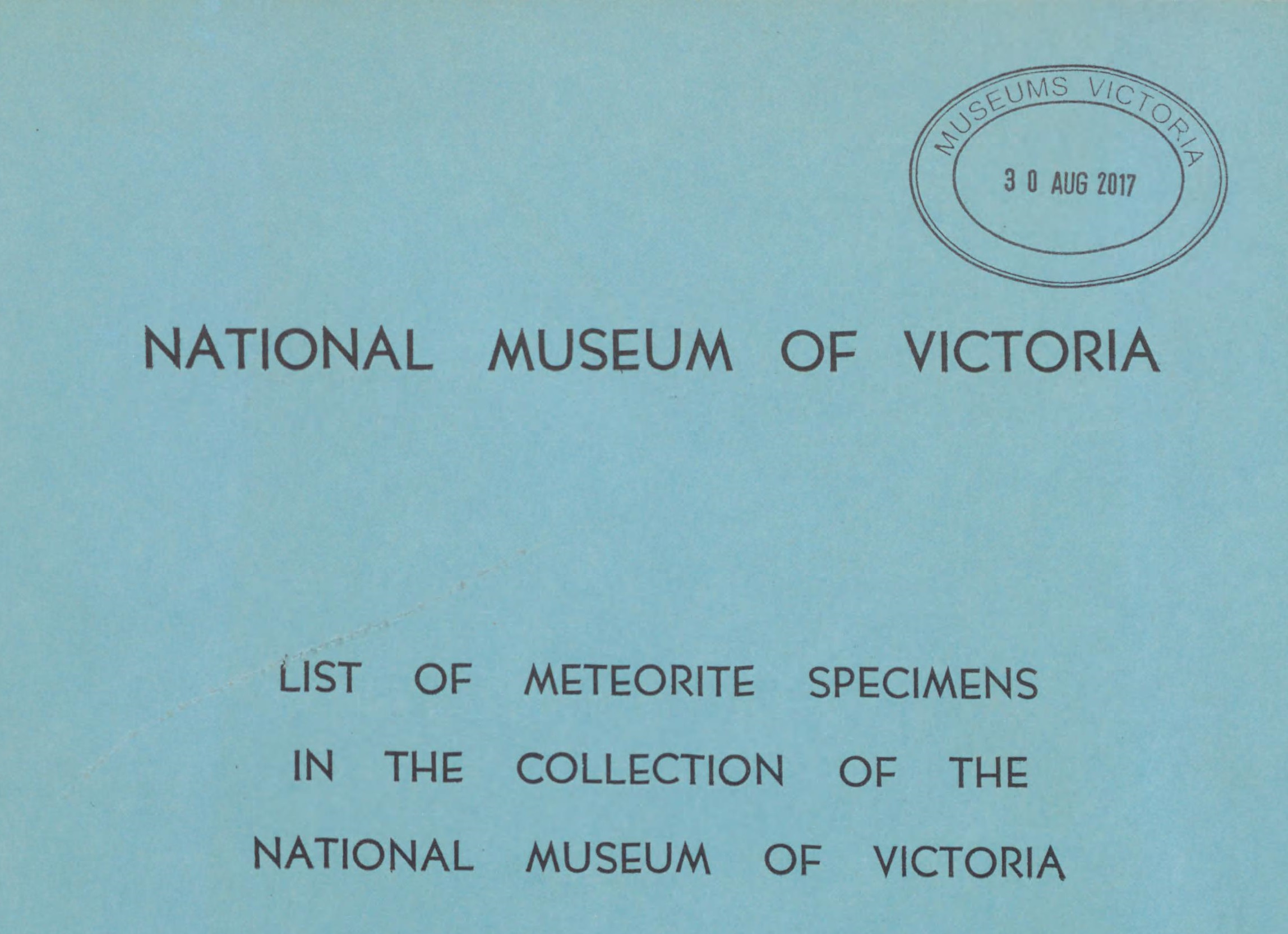 Archival research is usually needed to confirm the date of acquisition. Items frequently bear multiple stamps, which may have been applied after accessioning. It appears that stamps were applied to the verso of plates retrospectively, while items may also have been routinely stamped if they were rebound.

While the stamps can be a bit confusing at times, having a general understating of them can help refine a date range for archival research. It also allows me to give a quick answer to a question often asked by tour groups — how long has this item been in your collection?

Guide to researching provenance of books now in the British Library 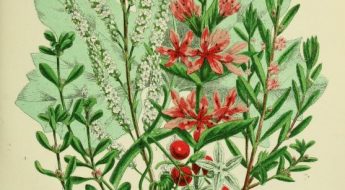