Ten years ago in June 2010, the Atlas of Living Australia and Museums Victoria signed an agreement with the Biodiversity Heritage Library – and BHL Australia was born. 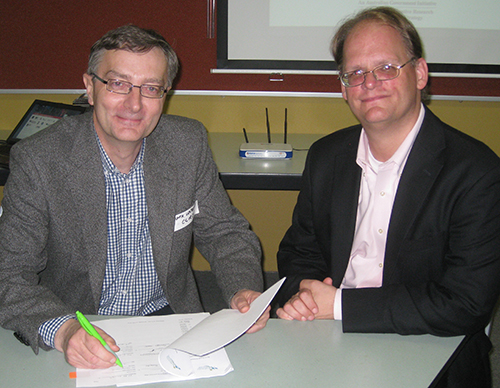 BHL Australia’s mission is to make Australia’s biodiversity literature freely accessible and discoverable. Ten years ago, we started with a single contributing organisation, Museums Victoria, and a team of five incredibly dedicated volunteers.

Over the past 10 years, BHL Australia has grown considerably. Our operation is still hosted by Museums Victoria (at the Melbourne Museum), but we now digitise literature (and ingest born-digital material) on behalf of 27 organisations across the country. 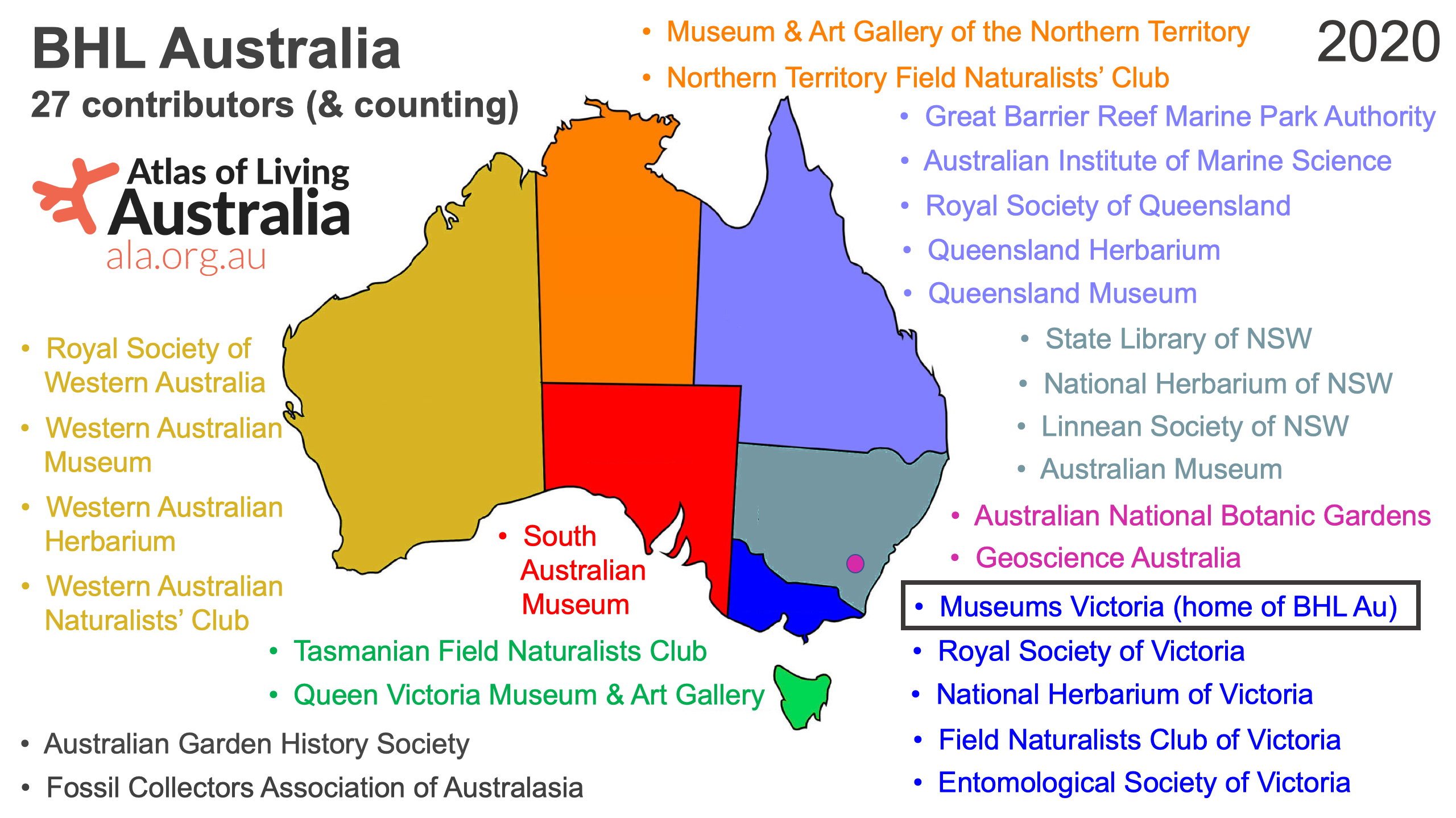 We are now a truly national project, representing Australia’s state and territory museums, herbaria, royal societies and field naturalists clubs, as well as government agencies and natural history publishers. Together these organisations have contributed more than 350,000 pages from over 2,400 volumes. 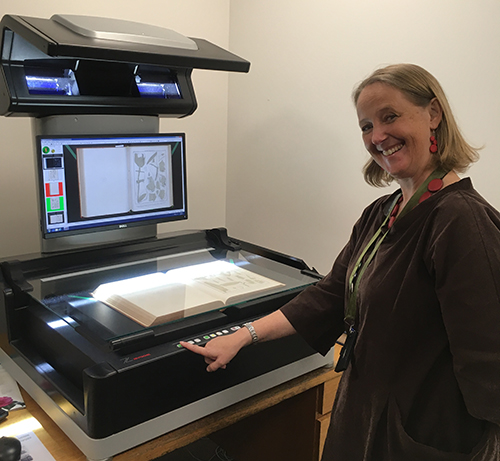 These volumes include treasures such as George Shaw’s The Naturalist’s Miscellany (1789-1813), Helena Forde and Harriet Scott’s Australian lepidoptera and their transformations, drawn from the life (1890-1898) and John Gould’s A synopsis of the birds of Australia, and the adjacent Islands (1837).

BHL Australia has also uploaded an extensive list of journals onto BHL (they may not be as pretty, but they’re just as important). To peruse all 2,400+ volumes, see our full BHL Australia Collection. 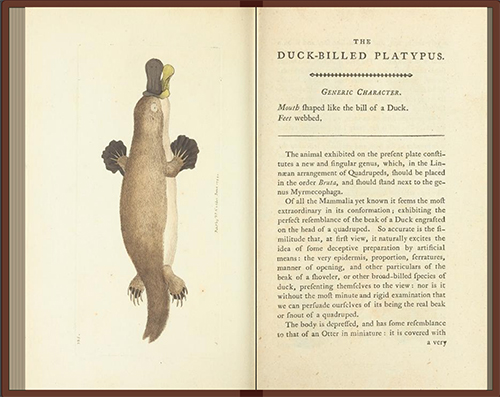 Our volunteer team has also grown since 2010; BHL Australia now has 15 amazing volunteers who do the majority of our scanning, cropping, image processing and metadata addition work, as well as three science communication volunteers. (You may have seen their hugely successful takeover of the BHL Instagram account during #BirdWeek last year.) 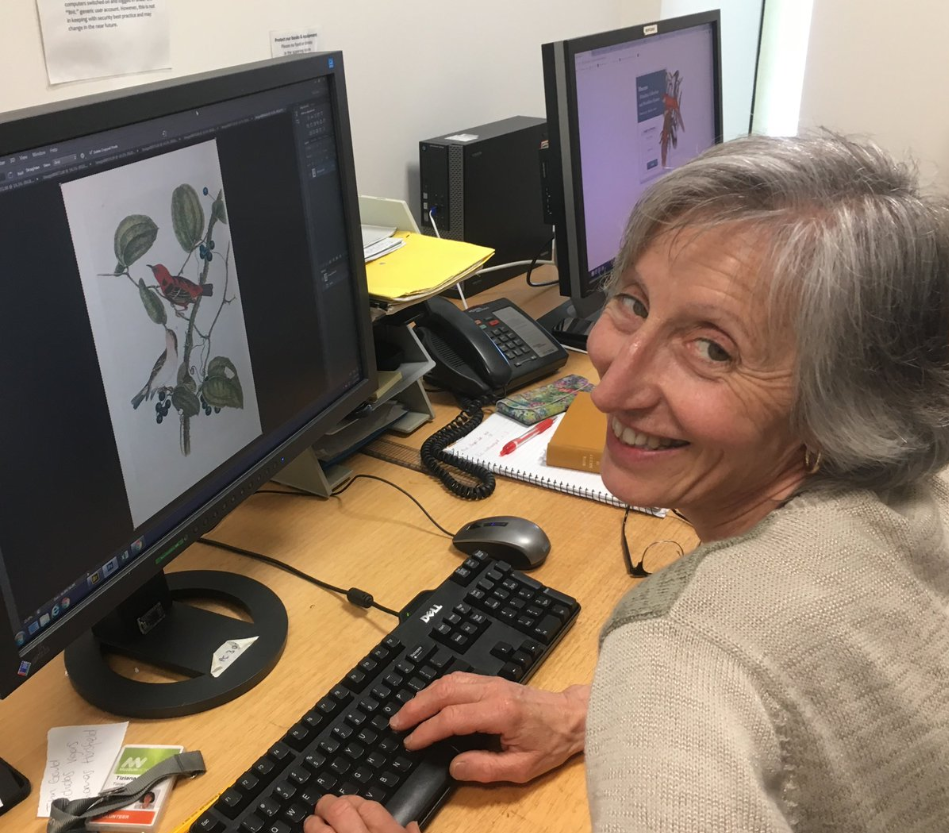 Of course, like so many other digitisation operations around the globe, BHL Australia is now in lockdown (and has been since mid-March). But out of adversity comes opportunity. While in lockdown, we’ve switched our focus from physical to born-digital material. We’ve welcomed new contributors and have uploaded journal volumes published as recently as 2020. We’ve also started a major project (in collaboration with BHL superuser Rod Page) to upload article metadata for every Australian journal on BHL (we’re pretty obsessed with discoverability). 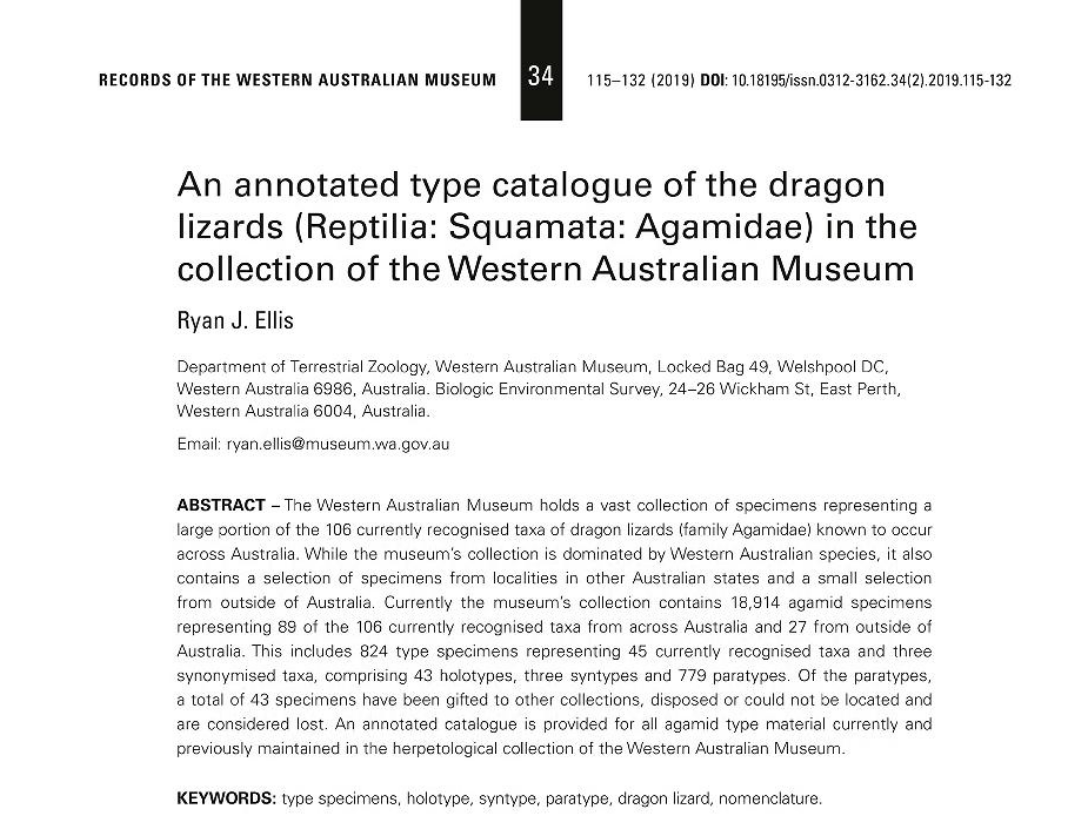 The Records of the Western Australian Museum is now complete on BHL from 1910 to 2019 as a result of our efforts (during our COVID-19 lockdown) to upload born-digital material from Australia’s journals.

And, like so many others, we’ve also had to postpone our celebrations. We had planned to invite all our Australian contributors and volunteers to a big BHL birthday bash. That’s on hold for now, but in the meantime, here are our BHL staff — Cerise, Chris, Veronica and myself — waving our thanks to all those who support BHL Australia. To our volunteers, our contributors, the Atlas of Living Australia and our BHL community around the world — thank you for a wonderful 10 years!