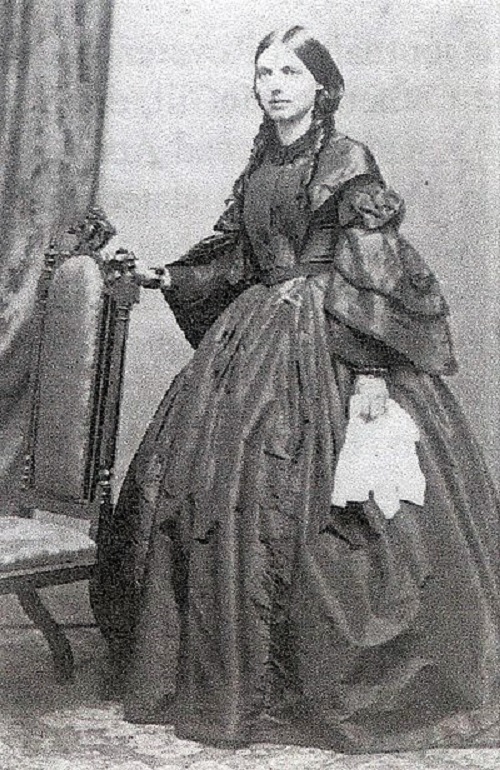 This flora included several plant species Crooks recorded in the southwestern Ontario communities of Cambridge, London and St. Thomas, and their presentation was accompanied by a large collection of specimens (roughly 500!) prepared by Crooks. The following year, Crooks’ collection was exhibited in London, England, as part of the official Canadian display at the International Exhibition of 1862. She received an Honourable Mention for her herbarium of native Canadian flowers, shrubs and trees.

Crooks documented several rare species native to Canada’s Carolinian ecozone, such as Andromeda polifolia, Liatris cylindracea, and Lupinus perennis. In fact, her observations captured a record of southwestern Ontario’s flora before the landscape changed forever. Today, some parts of southwestern Ontario have only 12.1% forest cover, and its wetlands are much-reduced, due to agriculture, urban sprawl, and aggregate extraction [1].

While the Annals of the Botanical Society of Canada offers a tantalizing glimpse into Crooks’ contributions to the documentation and study of southwestern Ontario’s flora, her name is all but unknown today. Those details that are recorded in the Annals’ pages, however, inspired librarian Anna Soper’s quest to learn more about this elusive woman in science. 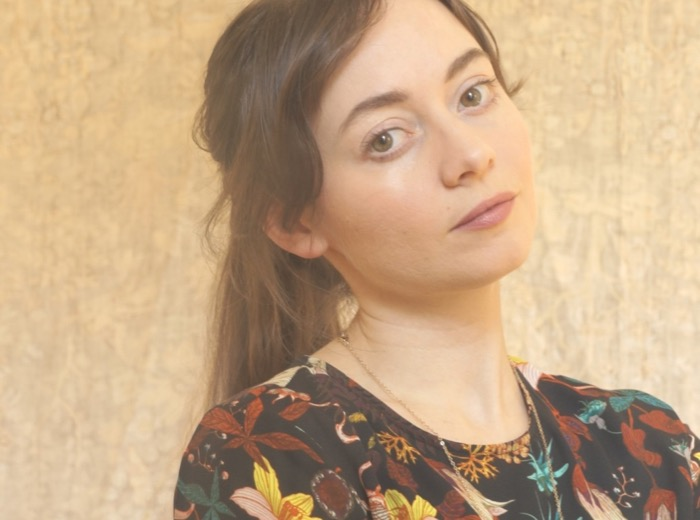 The sole librarian operating a small, special library in Kingston, Ontario, Soper has a personal interest in botany and environmental history. This interest was further nurtured by her discovery of the Biodiversity Heritage Library while obtaining her Master of Library and Information Science degree. Whilst exploring the Annals in BHL, she was introduced to Crooks—and was both intrigued and baffled by what she read.

“I asked myself, ‘How come I’ve never heard of Kate Crooks?’,” recalls Soper. “She lived and worked in Ontario in the same era as Catharine Parr Traill—arguably Canada’s most prominent nineteenth-century naturalist. In fact, Crooks and Logie published their flora years before Parr Traill published her 1868 text Canadian Wildflowers. Parr Traill’s book was subsequently praised as ‘one of the greatest botanical triumphs which anyone could achieve.’ So what happened to Crooks’ specimens? How could her legacy have been so forgotten?”

Motivated by these unanswered questions, Soper began an intensive personal research project on Crooks, but found that very little of Crooks’ life and work appeared to have survived the years since her death.

“Sadly, not a single piece of her original (ca. 1860) collection has turned up,” shares Soper. “I contacted many curators who said they just don’t have complete records of their herbarium collections, so it is hard to assess whether any of Crooks’ specimens might be in their care.”

Eventually, Soper was able to locate a single botanical specimen attributed to Crooks—a pressed cutting of Sabatia angularis held in the collection of McGill University Herbarium. While this specimen is mentioned in a 1982 publication, Atlas of the rare vascular plants of Ontario, it might have been mis-catalogued when it was added to Canadensys (a database for Canadian biodiversity data), where it is attributed to an “M. Crooks”. Upon receiving a photo of the specimen and its label, Soper realized that what had been interpreted as an “M. Crooks” was actually a “Miss Crooks”. 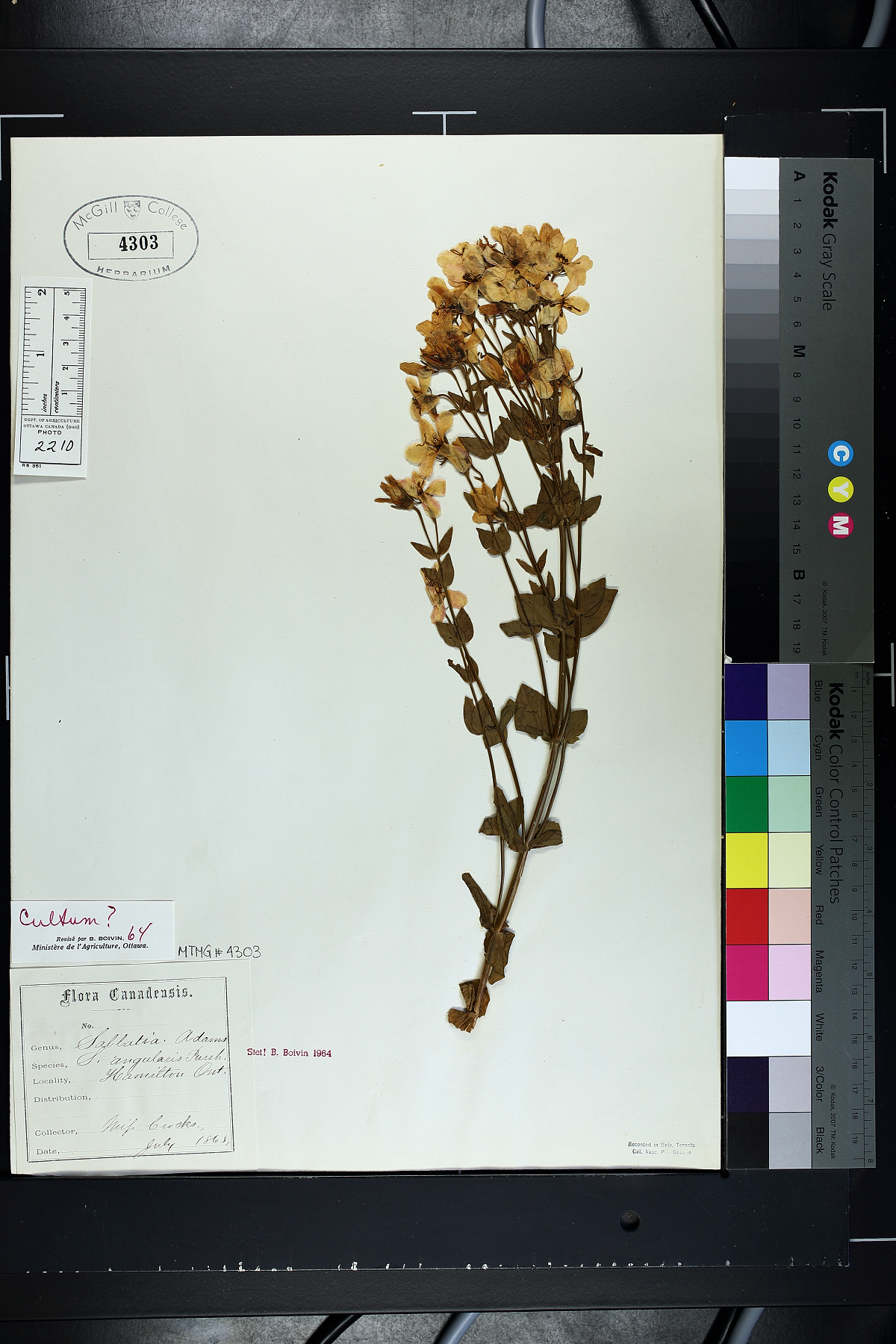 Since then, Soper has continued to piece together more of Crooks’ story, which she shared in an article for Atlas Obscura last year. Sadly, Crooks died at the young age of 38, eight days after the birth of her third child. She is buried in Hamilton, where, in 1865, she is believed to have collected the only known Ontario specimen of Sabatia angularis—a native plant now extinct in that province.

Thanks to Soper’s research, Crooks’ legacy is now emerging from the shadows of obscurity under which it had fallen over the past century. BHL played an important role in making this happen.

“The Biodiversity Heritage Library kick-started my research on Kate Crooks, and I know that without this valuable resource it would have been much harder to work on this project,” asserts Soper.

Soper’s interest in BHL’s collections extends beyond her research on Crooks. She regularly uses the Library, either to browse the image collections or to retrieve some piece of information for her other research interests.

“The sheer variety of botanical illustrations and natural history texts in BHL is what initially sparked my interest in the collection,” recalls Soper.

BHL offers many services that facilitate Soper’s research and reuse of the collections—particularly full text search and the availability of DOIs for many titles. She also appreciates BHL’s efforts to curate and provide context to its materials, such as through its image collections on Flickr and themed social media campaigns.

Soper regularly posts content from BHL to her own Twitter feed (@Flora150Project), where she explores botanical subjects around folklore, scientific illustration, and local flora. In fact, it was her activity on Twitter that first led her to the Annals of the Botanical Society of Canada, and by extension Kate Crooks.

“I originally began my Twitter page in 2017, during Canada 150, the 150th anniversary of Canadian confederation,” explains Soper. “I planned to create a flora of Kingston, and started posting photos from rambles around the city. I turned to BHL’s catalogue to see whether I could find an earlier example of Kingston’s flora, and that’s what led me to the Annals of the Botanical Society of Canada.” 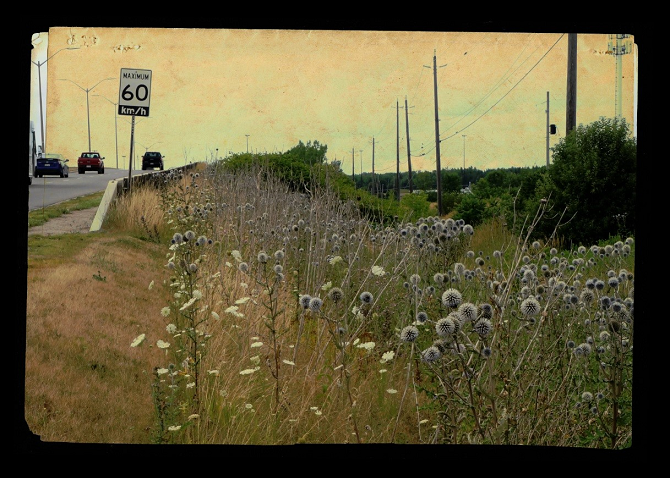 Anna Soper. Detail from A Flora of Kingston, 2018. The series featured digital and analogue photographs of Kingston’s flora, layered over blank sheets from the Smithsonian Field Notes collection. In 2018, Soper exhibited photos from A Flora of Kingston as part of a temporary public art installation created by the City of Kingston. Whilst creating A Flora of Kingston, Soper discovered that a teenage member of the Botanical Society of Canada had published his flora of Kingston in the Annals. This gave her an historic precedent with which to compare her work. As Soper shares, “I was pleasantly surprised to find some of the same species he had recorded, including two plants (Rubus odoratus and Staphylea trifolia) in the same wooded area in which he found them!”

More recently, Soper’s interests have turned towards phenological records — specifically, calendars of flora. Published in 1762, Miscellaneous tracts relating to natural history, husbandry, and physick… includes two calendars of flora—one recorded in Norfolk, England, and the other, in Uppsala, Sweden.

“Each calendar dovetails with the other; evoking a sense of time unfolding from one season to the next,” shares Soper. “There’s also a rather poetic quality in the writing.”

For example, one entry, from September 1755, reads almost like a haiku:

There was a useful function to these calendars. According to the Swedish calendar, May 13th was “The best time for sowing barley, and the seeds of garden plants.” Since the Wheat Ear (Oenanthe spp.) had recently arrived from its winter home, it was unlikely any further frosts would follow.

Shortly after the world went into lockdown, in the winter of 2020, Twitter user @VenetiaJane posted a prompt for her followers: “Please share your favourite nature-related photographs, poems, quotes…Let’s spread a little #joy and #positivity around the world at a time when we all really need it.’” The hashtag #SolaceInNature was born.

“At the time—mid-March—not much was blooming where I live; just a few willow catkins on a tree near my home. So I turned to the Biodiversity Heritage Library for content,” explains Soper. “Using the hashtag, #CalendarOfFlora, I have been posting these centuries-old documents on my Twitter feed. In fact, a calendar of flora lends itself to sharing on social media, since you can match the content with that day’s date!”

On April 1, 1755, Alex Berger saw signs of spring: “Moss…sheds its dust”, he wrote. By the 3rd, Berger saw stones loosened from the ice. On the 6th, “Hills begin to appear, the snows being melted,” and serpents came out of their holes. #CalendarOfFlora #OTD #SolaceInNature pic.twitter.com/W4c5FpAj2U

“People are finding new ways to relate to each other—and the world around us—at this time,” remarks Soper. “Since I could not contribute much #SolaceInNature at the start of this crisis, I turned to the work of others; keeping vigil with their words as they, too, waited for spring.”

Anna Soper. Detail from A Flora of Kingston, 2018.

With centuries of knowledge captured within its pages, the annals of natural history are a rich resource for anyone interested in exploring the natural world. As Soper’s experience shows, any turn of a page could inspire new and unexpected discoveries. We are proud to work with a global network of partners to ensure that anyone, anywhere can be empowered to feed their curiosity, uncover the history of natural history, and be inspired by biodiversity.

“Since I’m outside of academia, I have no opportunities to take time off for research and writing,” shares Soper. “Online, open access resources like the Biodiversity Heritage Library are crucial to piecing together a story like Kate Crooks’, while giving me much-needed leads for in-person research in my spare time.” 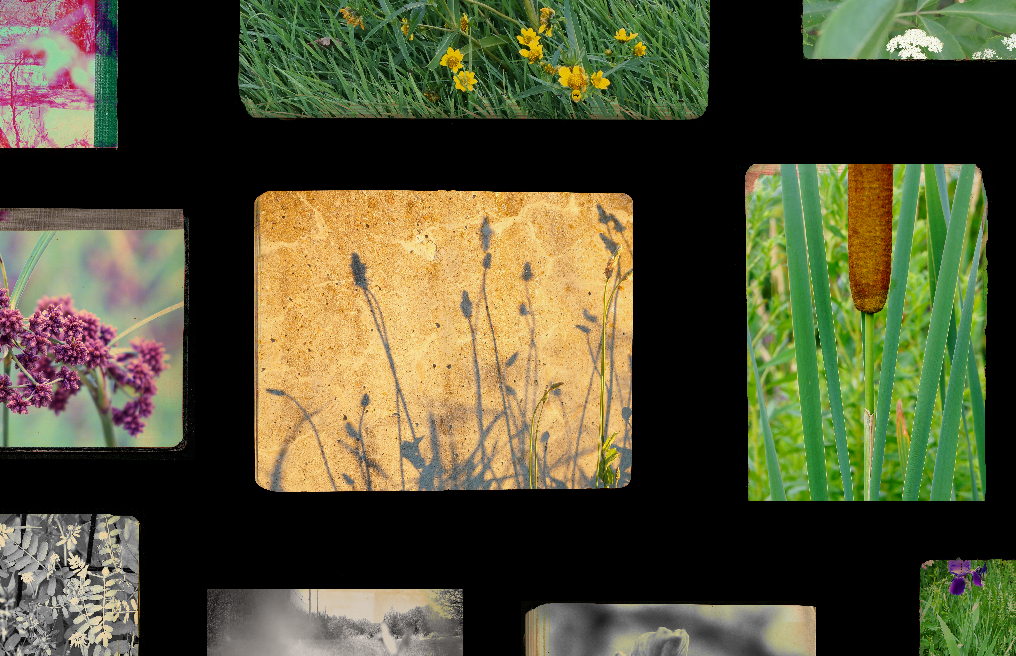 Anna Soper. Detail from A Flora of Kingston, 2018.

Anna Soper has a Bachelor of Fine Arts degree from OCAD University, where she won the OCAD University Medal in 2011. She has studied abroad at the Glasgow School of Art, and has a Master of Library and Information Science degree from Western University. Soper has exhibited her work in Toronto, New York, and London, UK. She lives and works in Kingston, Ontario, Canada, where she has created two public art works for the City of Kingston. She also serves as the sole librarian operating a small, special library in Kingston, Ontario.

We All Remember the Hessian Mercenaries…. 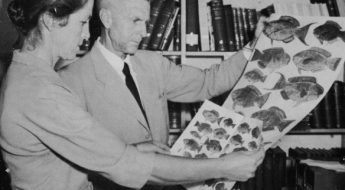