When Le Vaillant published his account of the species within Histoire naturelle des oiseaux d’Afrique (v. 5, 1806), he named it “Le Coucou de Klaas” in honor of “mon ami Klaas”, writing:

“Puissent les naturalistes conserver à l’espèce que je vais décrire, le nom que je lui donne, et consacre ainsi les services que tu m’as rendus: ils me prouveront par là que mes travaux ont eu quelque prix à leurs yeux.” [“May naturalists preserve for the species I am going to describe, the name I give it, and thus consecrate the services you have rendered me: they will prove to me by this that my work has had some value in their eyes.”] 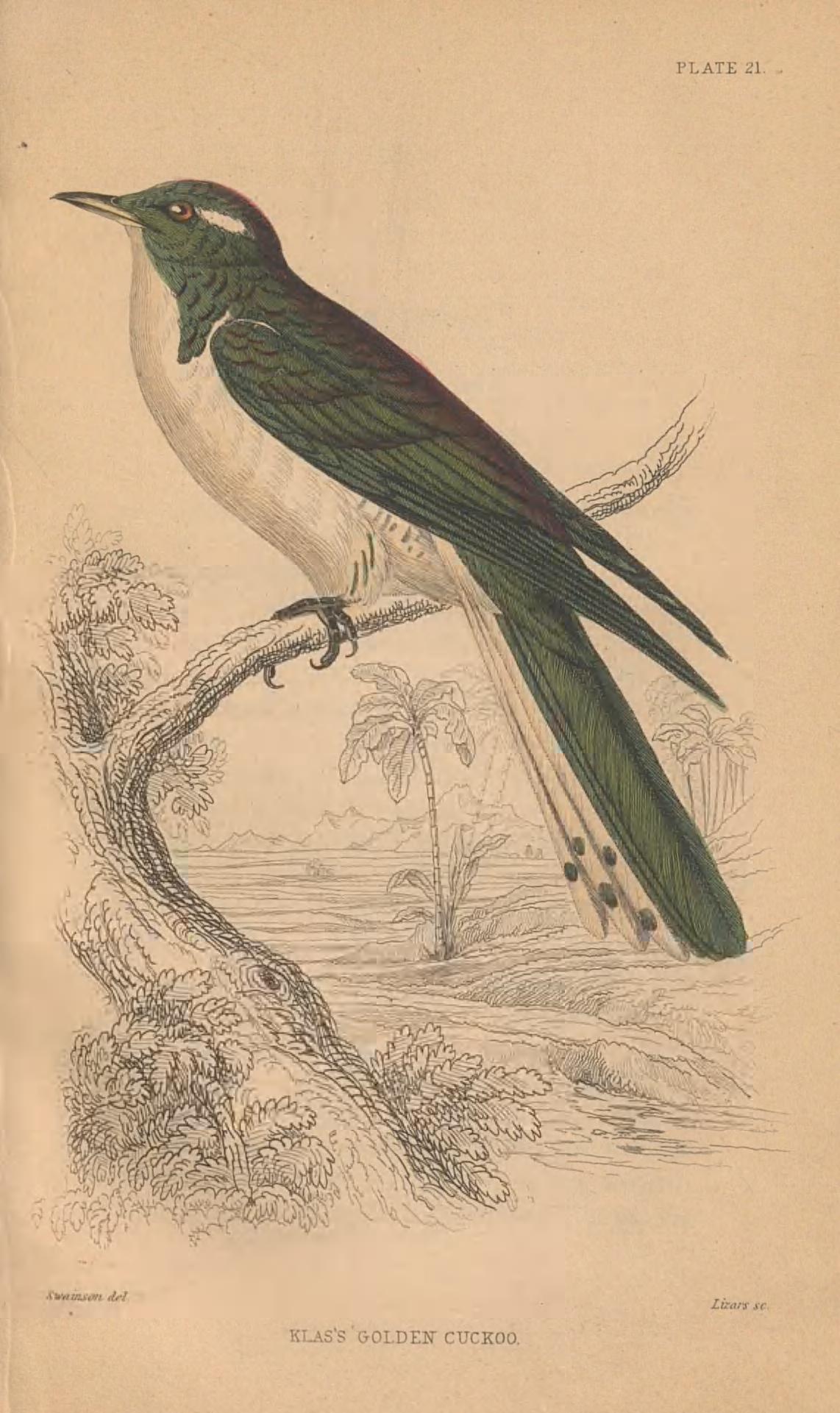 While Le Vaillant, who opposed the Linnaean classification system, provided only French names to the species he described, future naturalists did fortunately honor Le Vaillant’s commemoration of Klaas. Some ten years after Le Vaillant’s description was published, English zoologist James Francis Stephens made a formal redescription of the species, designating it Cuculus klaas (now Chrysococcyx klaas).

Eponymous scientific naming, or the practice of naming a species after an individual, is the subject of Dr. Stephen B. Heard’s book, Charles Darwin’s Barnacle and David Bowie’s Spider (2020). Klaas’s cuckoo is the earliest example of a species being named after an Indigenous person that Heard has been able to trace. While researching the name for his book, Heard relied on the Biodiversity Heritage Library (BHL) to access Le Vaillant’s description of Klaas’s cuckoo and uncover more about the story behind the name.

“BHL is an incredibly rich resource,” lauds Heard. “These older names are often frustrating to puzzle out. In general, there’s no single index of name etymologies—you have to look for the paper that originally described the species and hope the name is explained. When I’m working on books or blog posts where I can explore my interests in the history of science, I use BHL every day.” 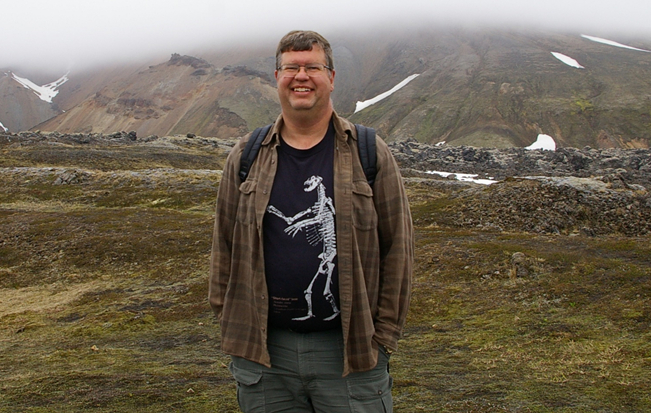 Dr. Stephen B. Heard, pictured in the Wesman Islands of Iceland. Photo by: Kristie S. Heard.

Heard, an evolutionary ecologist, is a Professor of Biology at the University of New Brunswick in Canada. His “everyday” research concerns the ecology and evolution of plant-insect interactions, for which he relies on modern literature. However, some of his recent projects have taken a more historical turn—a turn that led him to BHL.

“My first book, The Scientist’s Guide to Writing, explores some of the history and social context of scientific writing,” shares Heard. “In trying to explain the evolution of what’s now a quite standardized writing form (the scientific paper), I dipped into writing as far back as the 1660s. BHL is a wonderful place to find that old literature.”

Heard found himself relying on BHL once again during his research on eponymous names for Charles Darwin’s Barnacle and David Bowie’s Spider.

“As I began work on Charles Darwin’s Barnacle and David Bowie’s Spider, I discovered that an enormous amount of taxonomic literature, in particular, is available online via BHL—and not just the obvious major journals,” says Heard. “The collection includes books, obscure memoirs of regional natural history societies, you name it. Most of that older and more obscure literature is not available through my university library, so BHL is a critical resource for me.”

For Heard, one of the best things about eponymous scientific names is the insight they provide on the personality and humanity of scientists. Take, for example, French ornithologist Charles Lucien Bonaparte (nephew of Napoleon Bonaparte), who named over 200 bird species and over 250 bird genera. Heard was particularly struck by a paradox in two of Bonaparte’s namings: the bird of paradise Diphyllodes respublica and the imperial pigeon Ptilocolpa carola. 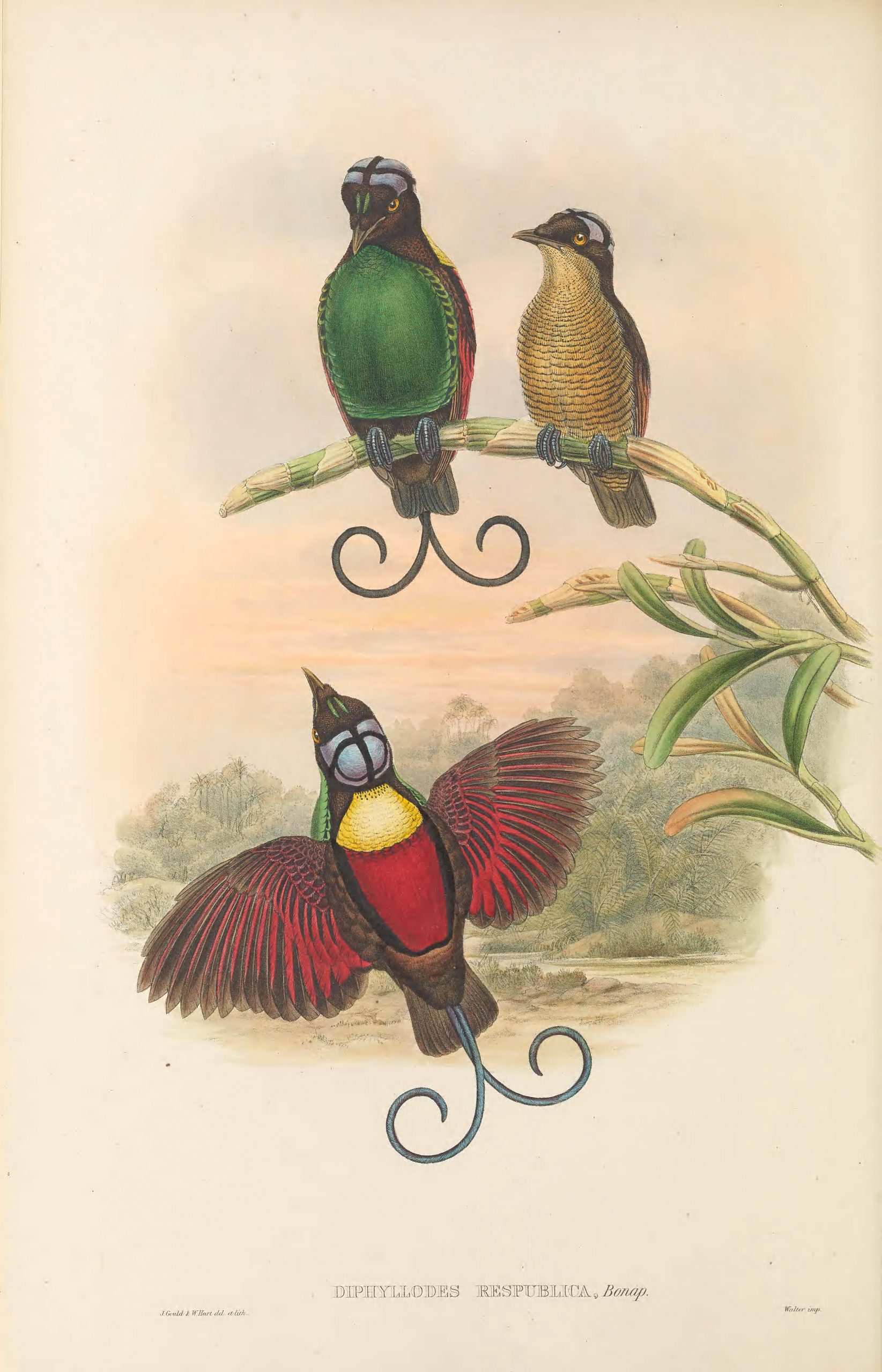 Bird of paradise (Diphyllodes respublica). Illustration by John Gould and William Matthew Hart from Gould’s The birds of New Guinea and the adjacent Papuan islands, v. 1 (1875-1888). Contributed in BHL from Smithsonian Libraries.

“Bonaparte named the bird of paradise as a statement of his republican ideals (perhaps a bit risky for a nephew of Napoleon), but he named the pigeon for his ‘daughter the countess Primoli, Charlotte, herself worthy of her illustrious name,’” explains Heard. “The inconsistency between Bonaparte’s republicanism and his mention of his daughter’s title and ‘illustrious name’ is fascinating—a good illustration of how scientific practice isn’t immune to the foibles and humanity of scientists themselves. As I worked on Charles Darwin’s Barnacle and David Bowie’s Spider, and spent more and more time with the writing of those who describe and (eponymously) name species, I was more and more struck by the creativity and humanity behind the act.”

By providing free and open access to scientific literature, BHL is not only empowering modern taxonomic research, but also allowing researchers like Dr. Heard to learn more about the history of taxonomy and the people and stories behind the names. BHL’s impact on science has been recognized through modern-day eponymous naming. In 2015, a new land snail species from Laos—Vargapupa biheli Páll-Gergely, 2015—was named in honor of BHL. As author Dr. Barna Páll-Gergely wrote in the paper publishing the name:

“The new species is named after the Biodiversity Heritage Library (www.biodiversitylibrary.org) to thank the multitude of rare literature made available to us. The name ‘biheli’ is an acronym derived from the name BIodiversity HEritage Library.” 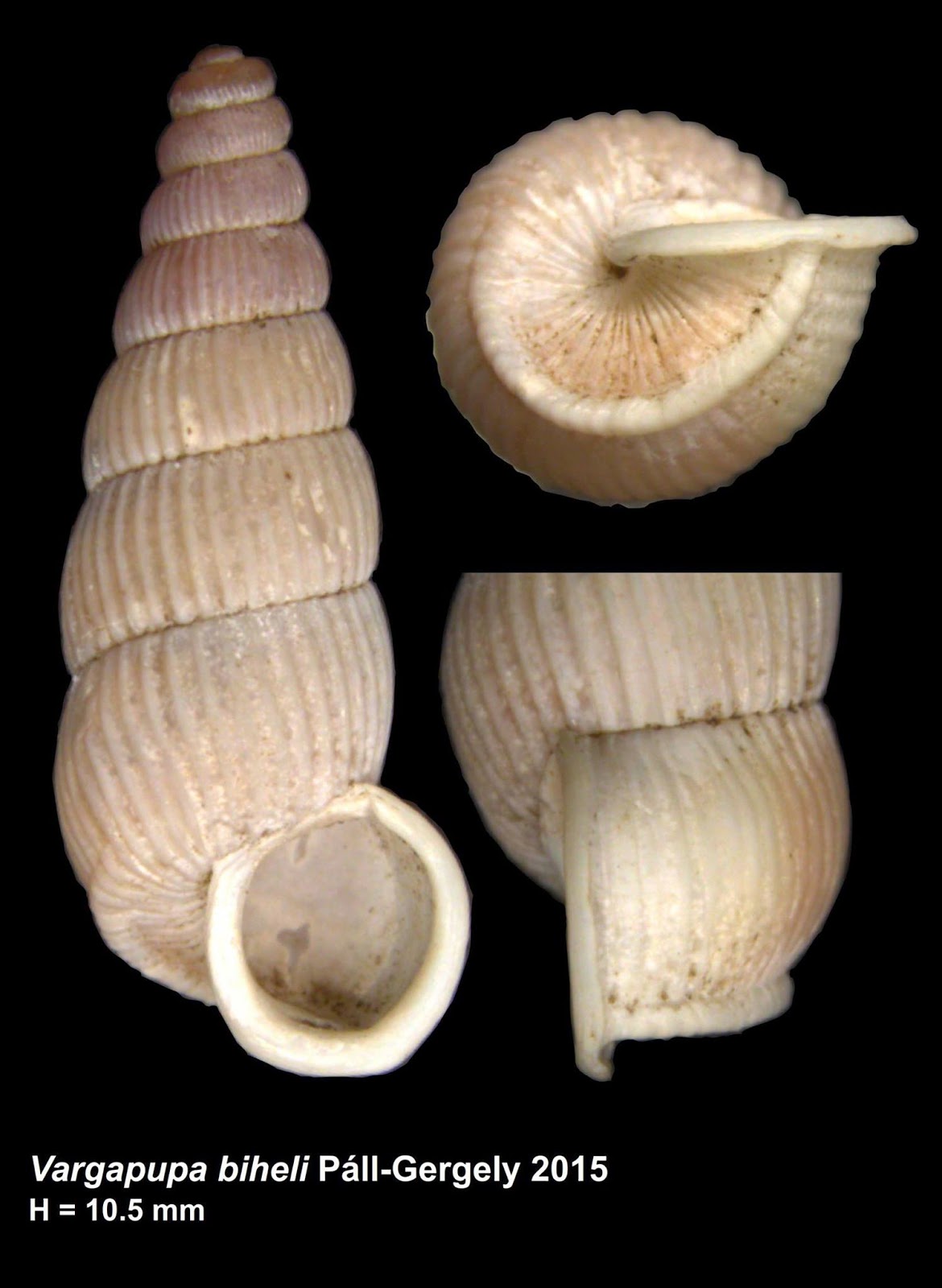 In 2019, a new species of fossil robber fly—Kishenehnoasilus bhl Dikow, 2019—was named in honor of BHL. On selecting this name, author Dr. Torsten Dikow shared:

“Taxonomic research involves not only the study of specimens, but also the review of often old literature. Having digital access to publications enhanced with tools such as scientific name recognition makes my research so much more efficient. The Biodiversity Heritage Library provides a lens into the literature published a long time ago. The same is true for this new species of robber fly, as it helps us to understand and document the past of biodiversity.” 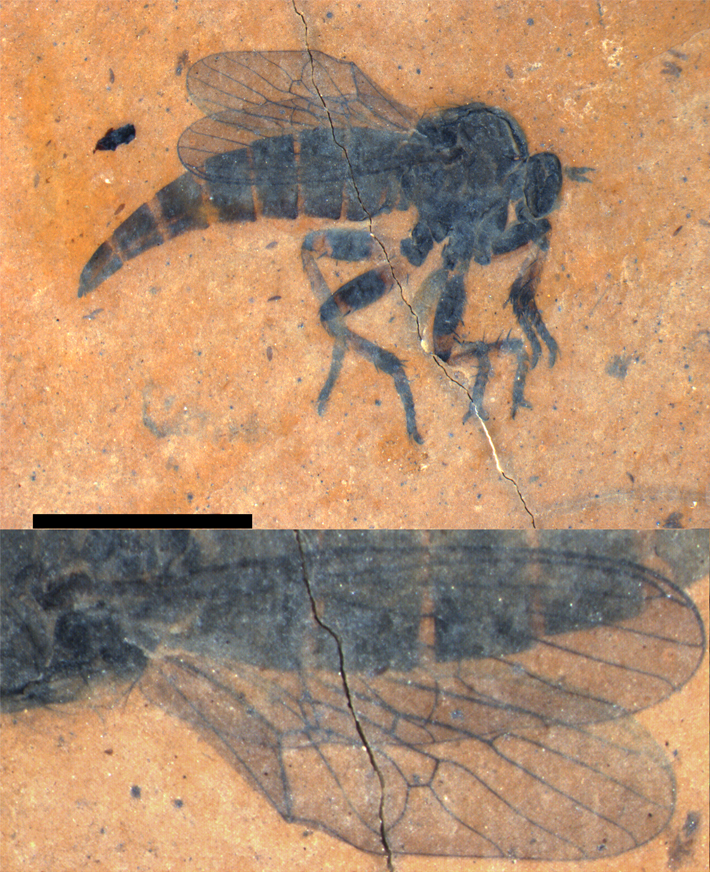 Whether it be as a vehicle to teach us more about an individual recognized in a species name, a window into the personalities and lives of the scientists naming species, or an opportunity to highlight the impact of policies like open access on global research, a species name is often a story waiting to be told—stories that BHL and its open access collections can help tell. 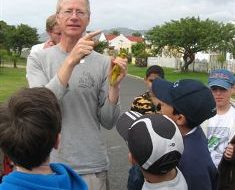 « Previous post
Birds Brought Back from the Brink
Next post »
No Egrets: The Story of Fashion and Feathers Through Books