We often think of natural history libraries serving as memorials for lost species—animals like the passenger pigeon and the dodo living on only in books, photos, and illustrations that tell sad cautionary tales of once-abundant populations lost to overhunting or habitat destruction.

However, historic records also tell stories of hope, providing valuable resources for modern scientists working to protect threatened wildlife. Since it was founded in 2006, BHL’s historical documents have supported the work of conservationists devoted to saving everything from Caribbean mammals to rare wetland plants. Not only are accessible records that describe the historic ranges, populations, and other characteristics of a species essential for researchers, but they help remind the public of how vibrant historical ecosystems were—and the importance of protecting what is left. 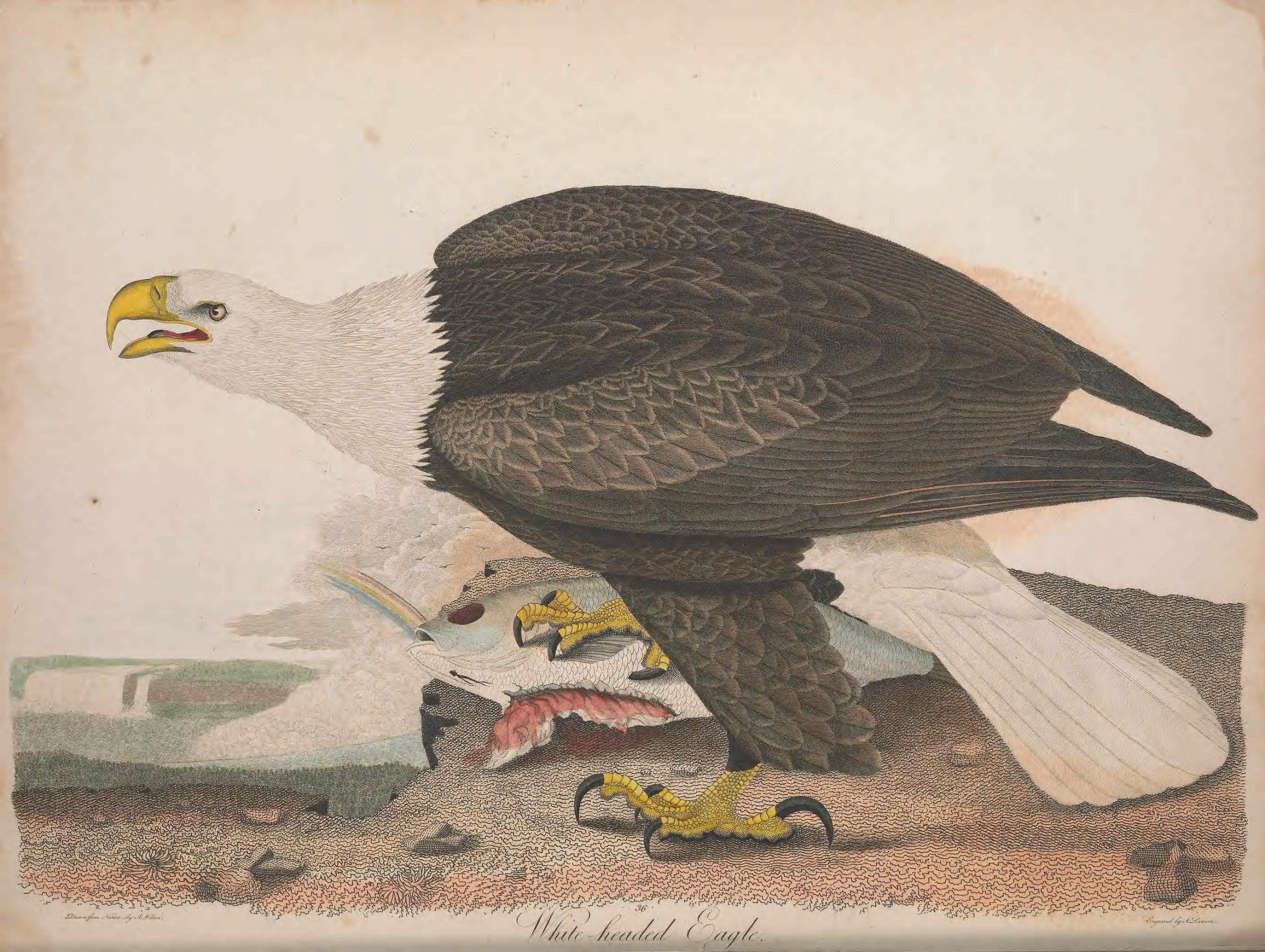 The United States’ emblematic bird was almost lost in the mid-20th century. The eagle officially made the nation’s symbol in 1782 and received special attention in early natural history texts documenting the country’s wildlife. Alexander Wilson (1766-1813), the first naturalist to publish a complete ornithology of North American birds, noted that they were, “as the adopted emblem of our country, entitled to particular notice.”

Overhunting caused the decline of bald eagle populations in the early 1900s. While the hunting of the birds was prohibited in 1940, the widespread use of the pesticide DDT—a chemical that collects in fish, a staple of the eagles’ diet—reduced their numbers to only 417 mating pairs in 1963. As researchers raised awareness of the eagles’ plight, conservationists rallied to save them, and bald eagles became some of the first species protected under the US Endangered Species Act of 1973. Since then, they have made an impressive recovery, thanks to the restriction of DDT use and reintroduction programs. 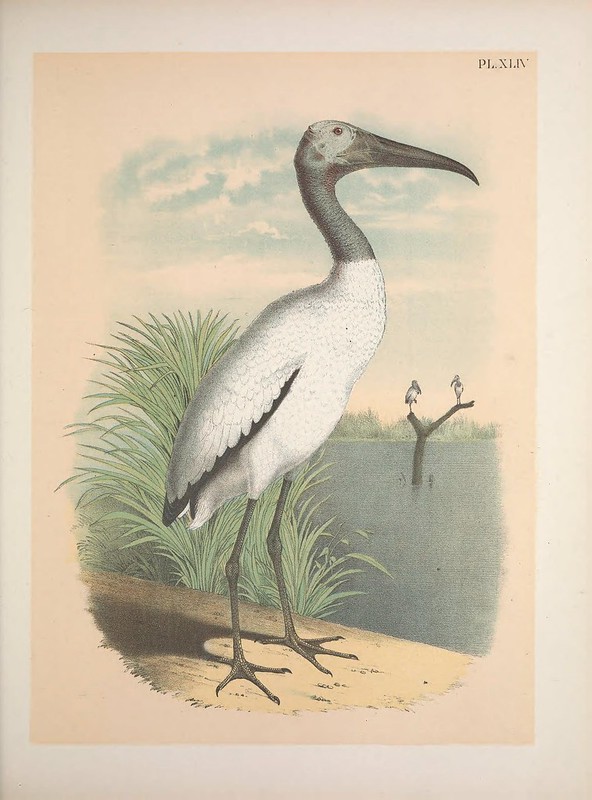 Populations of the wood stork plummeted in the late 20th century, until efforts to protect its delicate wetland habitat raised its numbers. In The Birds of America (1827 -1838), John James Audubon described wood storks (then known as wood ibises) as being “abundant in Florida and lower Louisiana” and wrote that he had seen flocks of thousands. By 1984, the once-populous wood stork was labeled as federally endangered. While the birds had previously nested primarily in Florida, changes to the hydrology in their habitat from the late 60s to early 80s had resulted in a significant decrease in their population, driving them north.

“By the 1970s, almost the entire population of wood storks were dependent on the nesting success that the birds had here,” said conservationist Charles Lane in an interview with the Oak Spring Garden Foundation. Lane is a leader of the ACE Basin Taskforce, which aims to protect the basin around South Carolina’s Ashepoo, Combahee and Edisto rivers—one of the largest undeveloped estuaries on the Atlantic coast.

A three-decade effort from Lane and other concerned landowners to restore and manage the ACE basin wetlands for wildlife caused a marked increase in wood stork populations. The basin now supports the largest concentration of wood stork nesting colonies in the nation, and the bird was removed from the endangered species list in 2014. 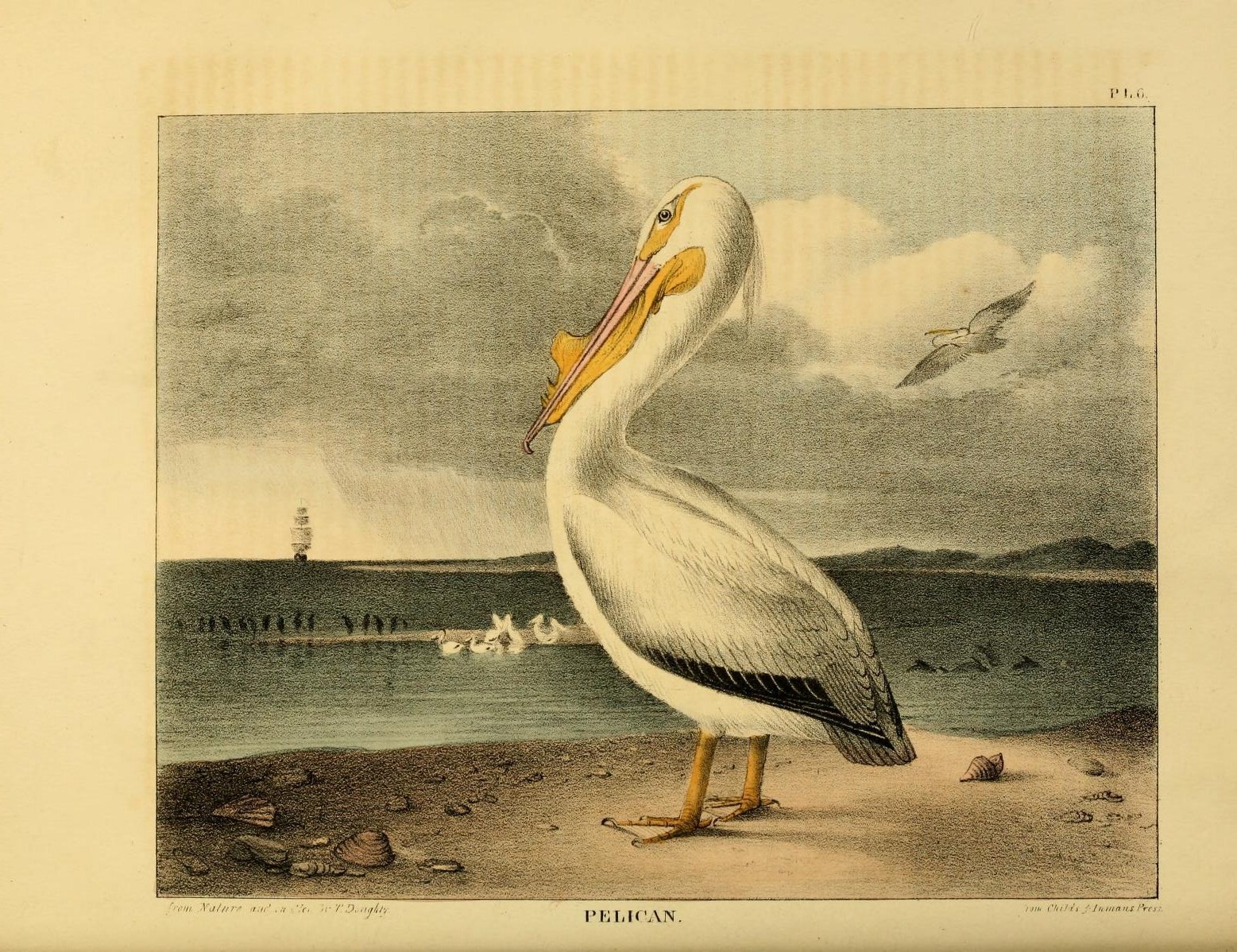 Another wetland bird whose impressive size and curious appearance drew the attention of early naturalists, the white pelican was nearly lost in the mid-20th century, largely due to habitat degradation. The birds primarily breed on isolated islands located in the North American interior, and the use of pesticides, as well as the draining of wetlands, caused breeding populations to nosedive. However, the national ban on DDT in 1972—as well the implementation of more stringent environmental protection laws, including the US Endangered Species Act—resulted in a reversal of fortune for the birds. As of 2014, their population has increased roughly tenfold since the late 1960s, resulting in the species’ conservation status being changed from “endangered” to “threatened” in 2016 in Washington State. Along with the wood stork, they can be seen in South Carolina’s ACE Basin. 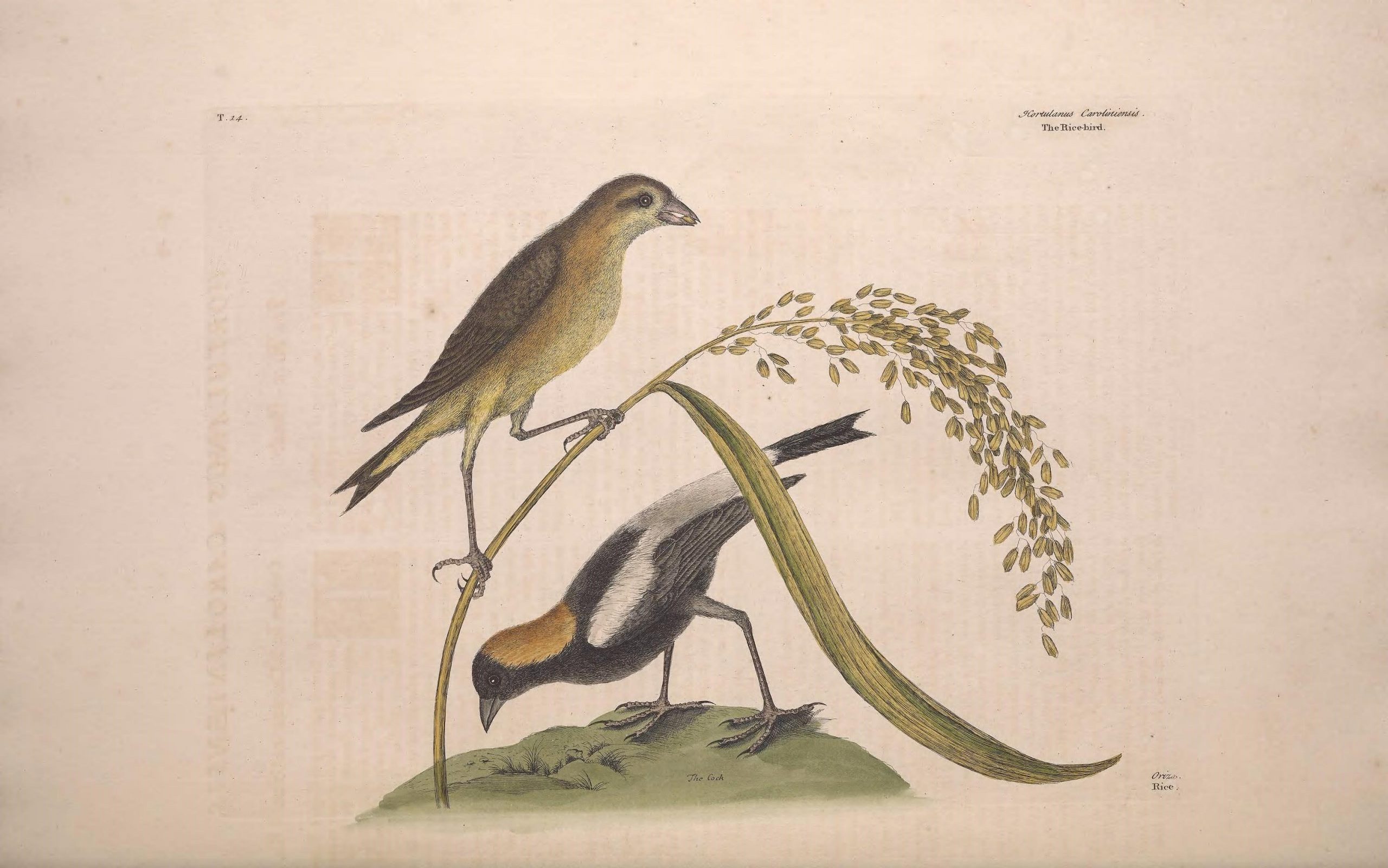 The distinctive characteristics of the bobolink have captured the attention of writers, artists, and scientists for centuries. Early colonists knew them as rice birds due to their annual descent on southern rice fields; in the Natural History of the Carolinas, Florida, and the Bahama Islands (1729-1747), Mark Catesby wrote that the male birds’ black-and-yellow plumage was “so singular and extraordinary . . . I cannot pass it over without notice.”

Long a fixture in hayfields and grasslands throughout the United States, the bobolink has declined by around 65% over the past several decades, largely due to the loss of their easily-developed habitat. However, as grassland bird conservationists work with landowners to change their land management practices, researchers have observed an increase in bobolinks in certain areas over the past few years. One of those regions is Northern Virginia, said Amy Johnson, Program Director at Virginia Working Landscapes.

“…Folks are setting aside that acreage to allow these birds to breed,” Johnson told the Oak Spring Garden Foundation. “I would say anecdotally that we’re seeing an increase in bobolinks in that area, right around Upperville.”

To learn more about how the Oak Spring Garden Foundation is working with other organizations to protect declining bird species, visit the OSGF blog.

Emily Ellis is a communications associate at the Oak Spring Garden Foundation in Upperville, VA, where she creates content for the foundation's blog and social media accounts. She holds a master's degree in Journalism and Latin American Studies from the University of Arizona.

Book of the Week: An Experiment in Illustrations

« Previous post
BHL at TDWG 2020
Next post »
Exploring the People and Stories Behind the Names: BHL Empowers Research on Taxonomic History