Did you know that the city of Boston is blessed with one of the largest and the oldest urban forest reservations in America?

At the turn of the 20th century, Boston saw a rapid increase in human settlement and industrialization which quickly transformed the once pristine Commonwealth into a highly developed, unsightly, and unhealthy metropolis. The movement to preserve what was left of Greater Boston’s natural wonders was inspired by the writings by transcendental thinkers like Ralph Waldo Emerson and Henry David Thoreau, who were advocates of the idea to “keep the New World new.” Local activists for the cause included Wilson Flagg, Elizur Wright, Sylvester Baxter, and Charles Eliot. They envisioned a place where the citizens of Boston could escape the “noisy ugliness” of the overcrowded city and revitalize their spirits in the requiem of nature’s untamed beauty.

A Dream Comes to Pass

Boston’s budding conservation movement had the foresight to identify large tracts of Massachusetts wilderness for preservation in perpetuity. A four decade campaign ensued and resulted in the passage of the Acts of 1893, Chapter 407 which established the Metropolitan Park Commission. This legal entity was charged with restoring, preserving, and increasing the beauty of the undeveloped woodlands surrounding Boston and this landmark legislation would serve as a model for other American cities. The Metropolitan Park Commission’s first order of business was to hire the noted landscape architecture firm, Olmsted, Olmsted and Eliot, to survey the vegetation in the recently acquired woodland reservations, the Middlesex Fells, Beaver Brook, Stony Brook, and the Blue Hills.

The firm appointed landscape designer Warren H. Manning who led a team of twenty volunteers to complete the fieldwork. Local botanist Walter Deane was hired to compile and edit the survey’s findings and in 1896, he published the results in this month’s book of the month, Flora of the Blue Hills, Middlesex Fells, Stony Brook and Beaver Brook Reservations, of the Metropolitan Park Commission, Massachusetts. While Deane is credited with the organization of the specimens and botanical observations for publication, the project would not have been possible without collaboration among many amateur and professional botanists. This collaboration was so successful that it led to the formation of the New England Botanical Club (NEBC), which still meets regularly and has amassed a collection of 250,000 specimens housed in the Harvard University Herbaria (HUH).

This example of an early successful citizen-science project is highlighted in the launch of a new collection in the BHL: The Archives from the Boston Metropolitan Park. This collection is composed of approximately 8,000 pages of manuscript material documenting the progress of the survey. Readers can peruse Walter Deane’s field notes, diaries, datebooks, and correspondence. His diaries reveal fascinating insights into his work on compiling the Flora and the details of its publication, as well as how the formation of the NEBC resulted from the Metropolitan Flora survey. His diaries also give rich pictures of the botanists of his time and are highly useful to anyone writing about the history of the NEBC and its members. The collection is now freely available and opens up this fascinating slice of history to the public for the first time. As part of the Connecting Content project, the digitization of the archives and original specimens from the Metropolitan Park Reservation was made possible by an Institute of Museum and Library Services (IMLS) National Leadership Grant.

One of the most compelling aspects of the correspondence related to the Metropolitan Flora survey is learning about people and information not evident from Deane’s Flora or from the botanical specimens. One example is a letter from the tree expert Loren Dame to Manning in which he encloses a list of trees compiled by a “non-botanist”, George Perry. Perry states that “I have made it a point to crawl through the densest tangle of greenbrier and thicket… to become familiar with every rod of the section.” As a result of his efforts, his list of trees is very thorough. He also found some very rare plants not seen by other surveyors, including maidenhair fern. Unfortunately, because he wasn’t considered a reliable source, his data wasn’t included. In another letter to Manning, Dame reported three rare tree species found only in an area adjacent to the Fells, which was added to the reservation after Flora was published. All of these omissions are significant, and the knowledge revealed in these letters is highly valuable for understanding the full extent of the past flora of the area.

Surveying the Flora of Middlesex Fells: Yesterday and Today

Between 2003 and 2011 a new survey  very much like the original survey of the Fells flora was undertaken by a team of NEBC and HUH botanists. Using Deane’s Flora as a basis for comparison, the team found that most of the native species from the original survey persist, despite substantial increases in the number and frequency of non-native plants. These native species face several threats, including habitat disturbance, and loss due to construction and recreational use of the Fells, herbivory from increases in deer and insect populations, as well as environmental changes effected by climate change and afforestation. Sustaining populations of native species, some of which are rare and endangered, will require a more active management of the Fells.[1]

Urban forests purify the air that we breathe, provide a habitat for local flora and fauna, help reduce energy demands, provide recreational opportunities, reduce stress and crime rates—the list goes on. Since eighty percent of us live in urban areas most of us owe quite a bit of thanks to the astute conservationists who fought to keep the untamed wilderness close by. Now it’s our turn to preserve their legacy.

“Something like five miles northerly from Boston lies a great tract of country, all stony hills and table-lands, almost uninhabited, and of wonderful picturesqueness, and wild rugged beauty… and at its heart is that most beautiful of Boston’s suburban lakes, Spot Pond, which lies high up among the hills.” Sylvester Baxter, 1886. 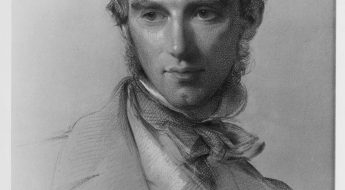