Having a number of items from the Museums Victoria Library digitised and openly available on the BHL website enabled me to access collection items virtually for students and create engaging online content showing real-life examples of features such as collation, signatures, catchwords, and provenance. These are some of the things we look for when cataloguing rare books from the hand-press era, which for Western printing spans roughly from 1440, around the time when the Gutenberg press was invented, to the early 19th century, by which time the machine age was well established and steam-powered machines dominated printing. 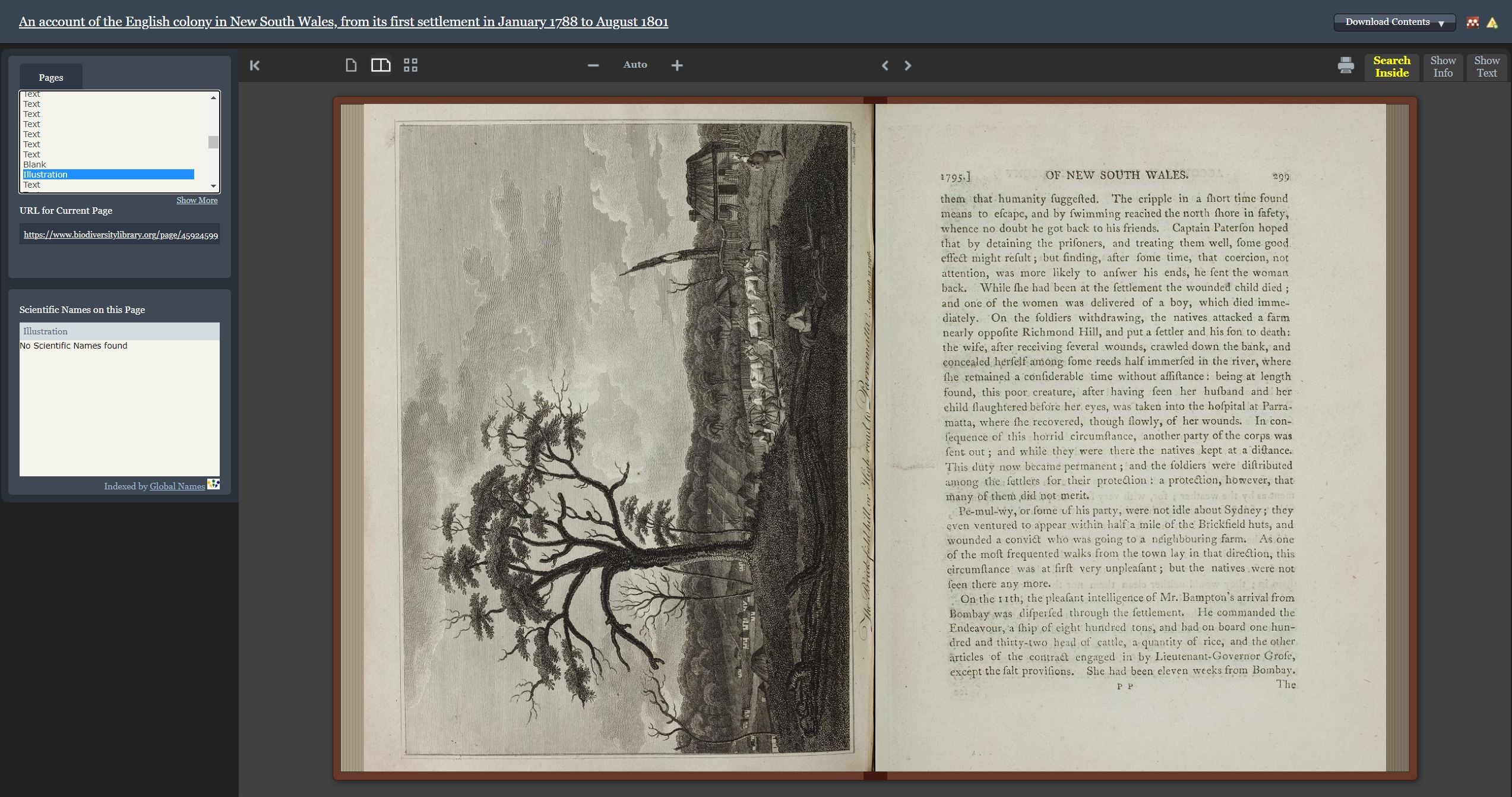 The two-page view on BHL allowed me to flick through books virtually in the same manner as a physical object in order to indicate some of the things we might look for when cataloguing rare books. Plate and text page 299. Collins, David. An account of the English colony in New South Wales, from its first settlement in January 1788 to August 1801. 1804. Contributed in BHL from Museums Victoria.

A central part of a bibliographical description is to record the format and the physical structure of the book. In determining a book’s collations—or in other words, how it was put together or assembled—we can look for evidence on books, including the impressions that the paper mould have left on the paper and devices used by printers to keep track of page order such as signatures and catchwords.

A catchword will show the first word on the following page and a signature will indicate how many pages are in each gathering of the book. Both generally appear near the bottom of a page and both are also useful for rare book cataloguers to check that the item they are cataloguing is not missing any pages.

Close-up of a page indicating the location of the signature and catchword. Preface. Collins, David. An account of the English colony in New South Wales, from its first settlement in January 1788 to August 1801. 1804. Contributed in BHL from Museums Victoria.

During the lecture, I used BHL to flick through David Collins’ published journal, An account of the English colony in New South Wales … (1804), where I could clearly demonstrate to the students what I am referring to when I say “collations”, “signatures” and “catchwords”, and what aspects of the book that I might record in a catalogue record.

Another thing that I touched on was provenance markings and how to record any marks of ownership, custody or location on an item. In the case of books, this can mean autographs or notes written in books, as well as bookplates and stamps—people scribble, affix or slip all sorts of things in or on books! Generally, when cataloguing, I’d aim to note anything in our copy that might deviate from the “perfect” copy, so in other words, anything that’s happened to the book after publication. 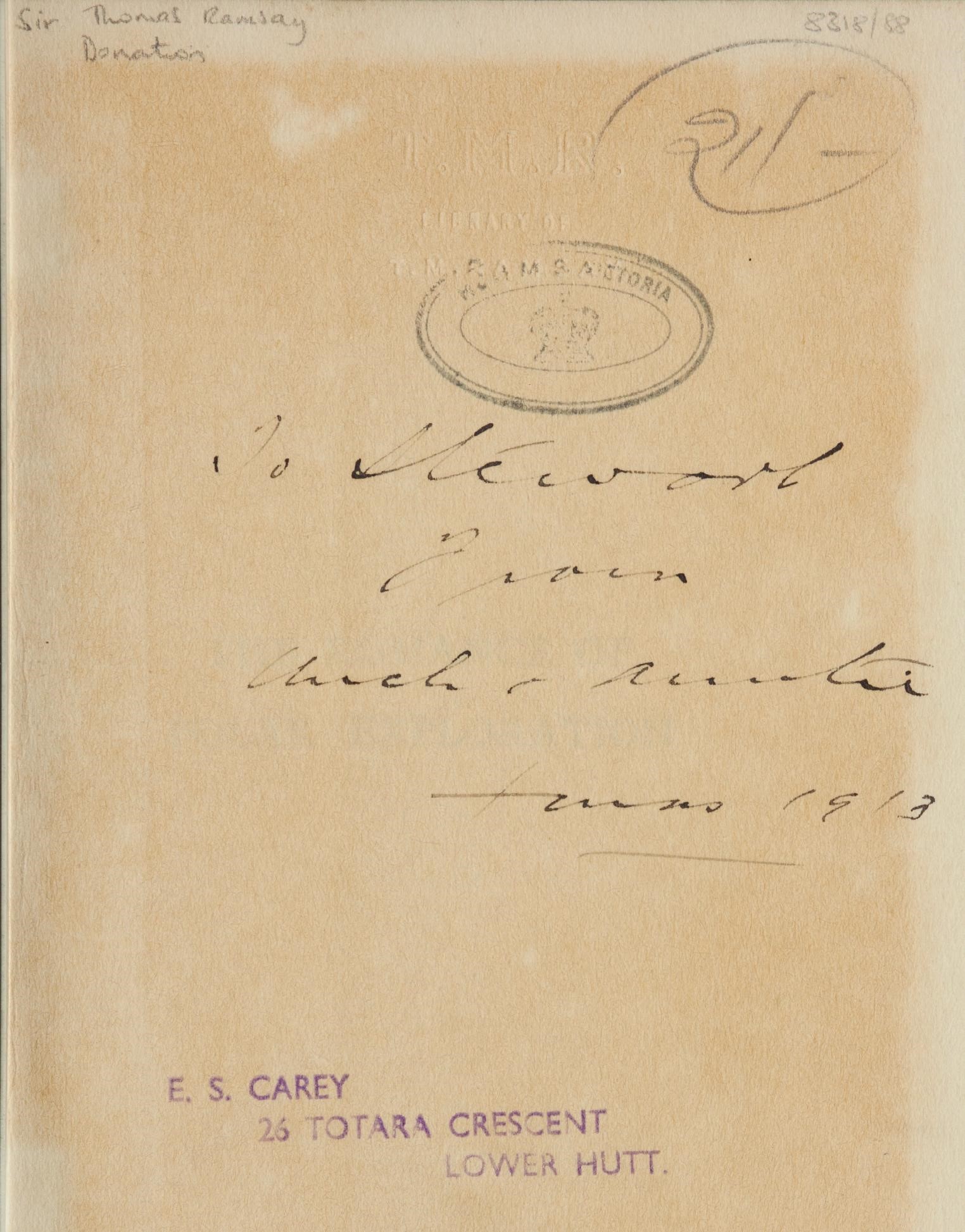 The front flyleaf of the Museums Victoria Library copy features several marks of provenance, including an acquisition number, a blind or embossed stamp near the top of the page, and an inscription. Front flyleaf. Scott, G. Firth. The romance of polar exploration. 1909. Contributed in BHL from Museums Victoria.

Once again, BHL delivered the goods on provenance markings. I was able to browse some of the 600+ volumes that Museums Victoria has contributed to find many different kinds of provenance markings, including several marks of provenance in our copy of The romance of polar exploration by G. Firth Scott (1909) as well as bookplates, annotations and even a cheeky manicule! If you are interested to know more about provenance markings in our collections, take a look at this BHL blog post from 2019 by Hayley Webster.

So yes, the pandemic has been challenging, but not always in a bad way. It has certainly forced me to be adaptable and creative around my approach to my job, and I’ve also learned to love and appreciate the digital surrogates of the books in the Museums Victoria Library as much as I do the real thing. 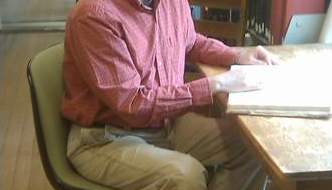