The Biodiversity Heritage Library is pleased to announce that nine of the Smithsonian field books that were cataloged and imaged as part of the Field Book Project are now available through the BHL portal!

With over 43 million pages of the published biodiversity literature, BHL has greatly improved the efficiency of access to the published literature–much of which was previously available in limited physical copies in but a few select libraries in the developed world.  As unique primary source documents, field books present similar challenges and we are very pleased to provide another layer of access to these important materials.

Scientists’ field notes are, in many ways, the precursors to the published literature.  Journals (the unpublished kind), diaries, collecting lists, photo albums, and other primary source documentation of collecting events can enhance not only the scientific understanding of what has already been published but can also provide insights into the historical, sometimes even personal, context behind the research.

The Field Book Project has cataloged over 7,000 Smithsonian field books and imaged over 400 of those which are available through the Smithsonian Collection Search Center along with additional contextual information in the form of collection records and authority files.  The nine field books chosen as the first testbed set for ingest into BHL include item records and page scans for seven diaries created by David Crockett Graham and two photo albums from the Harriman Alaska Expedition (1899) from the collections of the Smithsonian Institution Archives.  Each item not only tells its own fascinating story of exploration but also provides information and insights that complement materials already in BHL.

In addition to making these available alongside the related literature in BHL, we are especially pleased to see these notes joining the 62 other field notes that are already in BHL thanks to the Connecting Content project.  The original vision for the Field Book Project was to create one online location for field books, regardless of physical location. Now you can view the Smithsonian field notes alongside those from the California Academy of Science, Missouri Botanical Garden, New York Botanical Garden, Harvard Botany Libraries and Museum of Comparative Zoology.  And with the crowdsourcing transcription efforts underway both at the Smithsonian Transcription Center and kicking off with BHL’s Purposeful Gaming project earlier this month, we’re looking forward to seeing more great things come out of our continued partnership with the Field Book Project!

David Crockett Graham (1884-1961) was an American missionary and collector working in China over the period of 1911-1948.  In the U.S., Graham had studied theology, anthropology, and ethonology.  As part of the Proceedings of the United States National Museum (v.80, 1932), BHL has made available an article authored, detailing the architectural structures, carvings and artifacts he observed in the artificial caves in Szechuan Province.  But his work was not limited to cultural and anthropological inquiry.  Graham also spent summers collecting biological specimens for the U.S. National Museum (now the National Museum of Natural History), receiving the honorary title of Collaborator in Biology in 1932. His diaries from those summers provide a fascinating perspective onto his experiences while collecting, from the logistical aspects of organizing a collecting team and their supplies to the impact of heavy rains and extreme heat on their travels.  His natural curiosity is evident as he pesters a stinky beetle (June 6, 1928) and marvels at how, after discovering a large number of moths in a nearby bush, they do not come to his lantern at night (June 14, 1928).

The Harriman Alaska Expedition (1899) is the fascinating–and true–story of a railroad tycoon’s family vacation and scientific expedition rolled into one.  After his physician recommended a vacation to combat exhaustion, Edward Henry Harriman, President of the Union Pacific Railroad, began planning a big game hunt for his family.  Exhausted as he may have been, though, he remained ambitious even in rest.  By the time they set sail for Alaska on May 31, 1899, the family vacation transformed into a full-scale exploring expedition.  The list of participants reads like a roll call of renowned scientists, naturalists, and artists of the time, many of whom whose names are still well-known today: Clinton Hart Merriam, Frederick Vernon Coville, Thomas Kearney, William Healey Dall, Robert Ridgway, and over a hundred others.

Not surprisingly, the expedition resulted in several publications, including the Harriman Alaska Series a multi-volume report on Alaska’s geography and biodiversity, including insects, crustaceans, and invertebrates.  The two photo albums were assembled as souvenirs for expedition participants and include hundreds of photographs, the bulk of which show Alaskan landscapes and glaciers as they appeared in 1899. While some photographs from the expedition were also included in the reports and other publications, as a whole, these albums help to fill in our contextual understanding of the place and time in which Alaska’s biodiversity was being recorded by the Harriman Expedition.  They also offer a glimpse into the human experience of the expedition, from a family outing on Lowe Inlet to a fire drill aboard the George W. Elder.

We hope you enjoy taking a look through the first of the Smithsonian field notes to be added to BHL. Let us know what you discover by leaving us a comment! 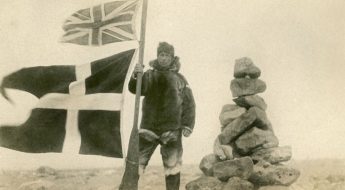 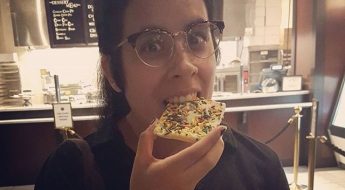 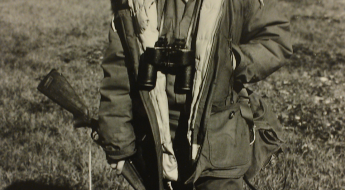