The American Museum of Natural History selected two unique sets of material to digitize for the CLIR BHL Field Notes Project: field books from the Whitney South Sea Expedition and the Archbold Expeditions. These were two long-running undertakings to systematically explore and collect the flora and fauna of Oceania. Both contributed invaluable specimens to the scientific research and exhibition collections at AMNH. We recently completed digitization of the Whitney South Sea Expedition field notes and are thrilled to have commenced work on the Archbold material. Arguably, the most rewarding aspect of participating in this project is raising awareness of some rather remarkable individuals and expeditions. One example is the 2nd Archbold Expedition to New Guinea. We recently digitized leader Richard Archbold’s journal from that journey, which helps shine a light on this particularly fascinating story.

Archbold Expeditions is a corporation originally founded and led by Richard Archbold. It funded a research collection and staff at the AMNH Department of Mammalogy and sponsored a series of scientific collecting journeys to New Guinea and northern Australia. Heir to a substantial fortune, Archbold was a collector, explorer, ecologist, photographer, mountaineer, and pilot. As a youth he developed a love of nature and technology which carried over into all his future endeavors. He was a Research Associate at AMNH since his participation as photographer and mammalogist in the Mission zoologique franco-anglo-américaine à Madagascar, an experience which would directly inspire him to continue exploration work. He led the first three of the Archbold New Guinea Expeditions himself, and in 1940 founded the Archbold Biological Station in Florida. This research station and Archbold Expeditions were associated with AMNH until the 1980s. The Archbold Biological Station is still vitally active today.

Archbold excelled at organization and planning, recognizing needs and filling them. He regularly made use of and adapted the most current technology and also sought after the best scientists and personnel for his expeditions.

This ability to recognize needs and adapt is never more evident than in the 2nd Archbold Expedition, which took place between 1936 and 1937. There were seven ‘numbered’ Archbold Expeditions to New Guinea, reaching all areas of the region. The focus for this journey was the largely uncharted area of the Western Province of Papua New Guinea from Daru up the Fly River. After the success of the first expedition to New Guinea between 1933 and 1934, Richard Archbold hoped to continue the systematic exploration of Papua New Guinea, but he recognized that one of the main challenges to exploration in this region was in the effective provision and transportation of supplies overland in this mountainous terrain. Describing it as “the biggest bugbear of former travel in New Guinea,” (1) the lack of local food availability resulted in a need for a continuously moving food relay transport system manned with native assistants.

Demonstrating the above-mentioned practical planning and technological skills, Archbold and crew proposed and designed an innovative system of communication, transportation and delivery using aircraft, radio, and parachutes to utilize in the next trek. In addition to Archbold, the scientific party included ornithologist and assistant leader Austin Rand, botanist Leonard Brass, and mammalogist G. H. H. Tate.

Archbold purchased a Fairchild Amphibian seaplane which he named the Kono, to be used to deliver supplies to the remote areas by parachute. The combination of air transport, along with a system of radio communications proved to be highly successful in practice. The use of the radios allowed the various divisions of the expedition (advance land party, collecting group and plane) to keep in contact and coordinate supply drops and pickups from remote areas, communication on which they were dependent.

Besides transportation, the aircraft was also used for a series of reconnaissance flights to determine mountain camp sites and possible landing areas. In Archbold’s journal we see multiple lists of observations from these flights. They note the time, the participant making the observation, and even where they were seated, an evident effort to fully survey the viewed areas.

Initial plans called for the group to travel up to high elevations in the mountains but in July of 1936, only a few months into their endeavor, the Kono was tragically capsized in a sudden storm. Although no one was harmed, the devastation of this loss is clearly conveyed in a series of radio messages: “Our plane sunk.” In Tate’s expedition journal, which will soon be digitized for this project, he relates receiving the message, stating “What a calamity for Archbold!”(2)

Besides the obvious financial setback of this loss, the team was forced to quickly adapt their plans, arranging for alternate means to transport the collections. The scientific staff and the carriers built a flotilla of rafts to move the specimens and supplies down the Fly River. According to Rand, “Tate had his rats on his rafts, Brass his plants on his, and I had my birds on mine.” (3) Not to be deterred, they simply moved forward and continued collecting in the lowlands, a resilience I find enviable. This is not to say that the irony of the situation was lost on the participants. In an article for Natural History magazine, Rand and Archbold noted that during the expedition both the most current and the most primitive methods of transportation were used: planes, ships, homemade rafts, and foot. (4)

It is important to note the very practical advantage and benefit of their radio system at this juncture. It not only allowed easy communication, remote organization and project direction across the region, but also contact with New York. A copy of a radiogram received at AMNH on July 16, 1936 from Archbold at Daru reassures the safety of all parties. “Absolutely no cause for alarm stop Rogers dropped more food advance party in Guinea Airways plane stop in constant radio communication advance party stop they advise absolutely no danger.” (5)

Archbold immediately began planning for the next expedition, even looking to purchase a replacement plane. A copy of a radio message from his mother shows her practical opposition to such an expense so soon. Archbold remained single-minded, however. “Though we had failed to reach the mountains our large collections from the Upper Fly were extremely valuable and our new methods of transport had proved so feasible that we plan to use the same system in collecting at the highest altitudes in the little known Snow Mountains of Dutch New Guinea early next year.” (6) That expedition also used the combination of seaplane delivery and radio with great success, incidentally also managing to set world aeronautic records! Amusingly, Archbold named this next plane the ‘Guba,’ which is the local dialectic term for the type of storm that downed the Kono.

For context, it is interesting to place these expeditions in the overarching history of biodiversity exploration and collection in the region. In 2015, AMNH scientists participated in a collaborative Explore21 expedition to Papua New Guinea. Department of Ornithology Collections Manager Paul Sweet noted their place in the legacy of exploration in New Guinea, notably with the use of now modern technology: “Papua New Guinea is well known as a biodiversity hotspot, but it’s still not fully explored. The Museum has a long history of making expeditions to the island of New Guinea [the eastern half is part of the nation of Papua New Guinea; the western half is governed by Indonesia], so we were following in the tradition of naturalist explorers like Ernst Mayr, Richard Archbold, and E. Thomas Gilliard. And that’s really the thrust of these Explore21 expeditions. It’s a great way to continue the tradition of scientific collecting expeditions alongside cutting edge 21-century methods like genomics.” (7)

Kendra Meyer is a Field Book Project Archivist at the American Museum of Natural History. 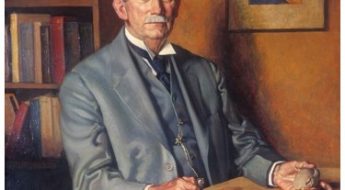 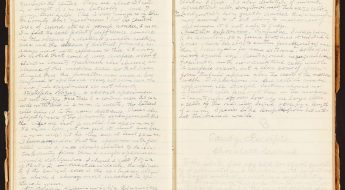 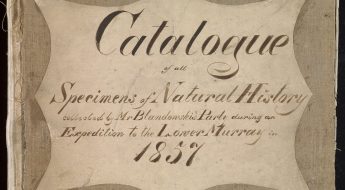