BHL Egypt, led by the Bibliotheca Alexandrina (BA), joined the Biodiversity Heritage Library in 2009. A major library and cultural center located in Alexandria, Egypt, Bibliotecha Alexandrina has long brought considerable technical expertise to the BHL consortium. The BA provides access to a subset of the BHL collection through its own Digital Assets Repository, which features an Arabic-aware (right to left) book reader. As an Affiliate, BHL Egypt will continue to provide technical support and services to facilitate BHL’s ongoing development. 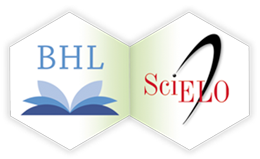 The BHL SciELO Network is the Biodiversity Heritage Library’s first Affiliate in South America. BHL SciELO is implemented by the Scientific Electronic Library (SciELO) Program, which encompass a network of national collections of open access journals in 15 countries. SciELO Brazil coordinates the BHL SciELO Network involving the main biodiversity libraries of Brazil with political and financial support from the São Paulo Research Foundation (FAPESP) and the Secretary of Biodiversity of the Ministry of Environment. SciELO joined BHL as a partner in 2010, and since then it has contributed over 107,000 pages to BHL’s collection. 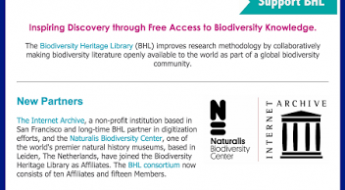 « Previous post
Using the materials at hand: Richard Archbold and the 2nd Archbold Expedition to New Guinea
Next post »
The Rhododendrons of Sikkim-Himalaya