This post was originally published on The Field Book Project blog on 30 June 2017.

In 1907, the U.S. Bureau of Fisheries—now known as NOAA Fisheries or the National Marine Fisheries Service—embarked on a 2 ½ year research trip to the Philippine and neighboring islands. Of the many research trips conducted on their steamer the USS Albatross, the Philippine expedition resulted in a staggering estimate of 490,000 specimens turned over to the U.S. National Museum, what is now the National Museum of Natural History. When specimens are stored in ethanol, as these were, they do not retain their original coloring. To capture this information, these trips would also include efforts to document the specimens in other ways, such as photos or illustrations.

At the time of this expedition, a portable, reliable way to create quality color photographs was still several decades away, so it wasn’t an option for researchers in the field. Having an artist on board was the only option to capture the brilliant colors of the collected marine species. For this particular outing of the Albatross, Tokyo-based artist Kumataro Ito was hired to illustrate specimens collected by researchers.

Ito studied under Gyozan Nakajima, noted illustrator of the 19th century, and had already established himself as a natural history painter at Department of Zoology of Tokyo University and working on publications such as the Fishes of Japan, an account principally on economic species.

Over the course of the expedition, Ito created over 200 paintings of specimens collected by the small research crew, including mollusks collected by Smithsonian’s Paul Bartsch. Last month, our team digitized one of Bartsch’s notebooks from the expedition. The notebook caught our eye from the first time we saw it because of the beautiful full-color paintings of nudibranchs, all by Ito. Each painting includes notations in Japanese which supplement Bartsch’s notes. Based on how well the paintings have aged, it’s likely they were created on quality Japanese paper similar to what is used today for book repairs.

Unfortunately, Ito’s paintings often went unattributed or incorrectly credited to the researcher when later reproduced in publications. It’s a shame considering the clear talent Ito had in capturing the diversity of marine life. The nudibranch paintings in the Bartsch notebook are an incredible sight and we are pleased they are now available to view online, with proper credit to Kumataro Ito.

Digitization of this field book was sponsored by a grant from Arcadia – a charitable fund of Peter Baldwin and Lisbet Rausing. 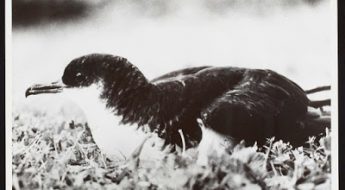 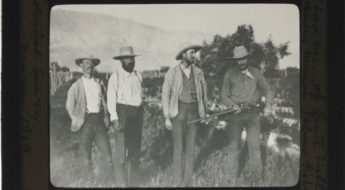