If you are reading this post then the world hasn’t ended…but, you probably already knew it wasn’t going to end.

Don’t look so disappointed. Yes, the human race regrettably has always had a collective death wish, eagerly awaiting the promise of the end of times since the beginning of times. Or have we? Ironically, it was the Maya, the ancient civilization that gave us such a precise date by which to count down to our own demise: December 21, 2012, that Mayan archeologist William Saturno explains looked for evidence that life goes on:

“We keep looking for endings. The Maya were looking for a guarantee that nothing would change. It’s an entirely different mindset.”

Mayan cosmology is more concerned about looking for assurances of continued life on earth, not death. So be comforted on this day – a day like any other – and use it to reflect on the greater value that life seems to take on in the face of our imminent death.

Besides a hopeful view of the future, the Maya had many beliefs worth adopting. Another foreign notion to our fast-paced-commerce-driven society is the worship of nature and animals as divine gods. The Mayans had a great reverence for nature which might explain why their entire religious pantheon is made up of deities that are either animals or humans with anthropomorphic features. They believed in worshiping life in its diverse manifestations.

Book of the Week

To honor this ancient civilization’s deep reverence for biodiversity we have chosen a singularly unique study undertaken by Alfred M. Tozzer and Glover M. Allen, for this week’s book of the week:

Animal Figures in the Maya Codices (1910)

Mr. Tozzer is one of the most famous American Mayanists to date and Mr. Glover was a zoologist specializing in Mesoamerican species at the turn of the last century. Together, the duo was determined to match Mayan hieroglyphic characters, glyphs and artwork depicting Mayan gods to modern species analogues. They were fairly successful in identifying the specific species that the Maya would come in contact with and thus idealize as religious deities.

Gilbert Borrego, our Flickr Guru, has scoured the BHL in search of Meso-american species and put together a 58 plate Flickr Collection dedicated to Mayan plant and animal life. We have matched these illustrations with the respective Mayan hieroglyphs present in Tozzer and Allen’s work. Your job is to examine the glyphs and see if you see any resemblance between the Mayan art and their species counterparts. 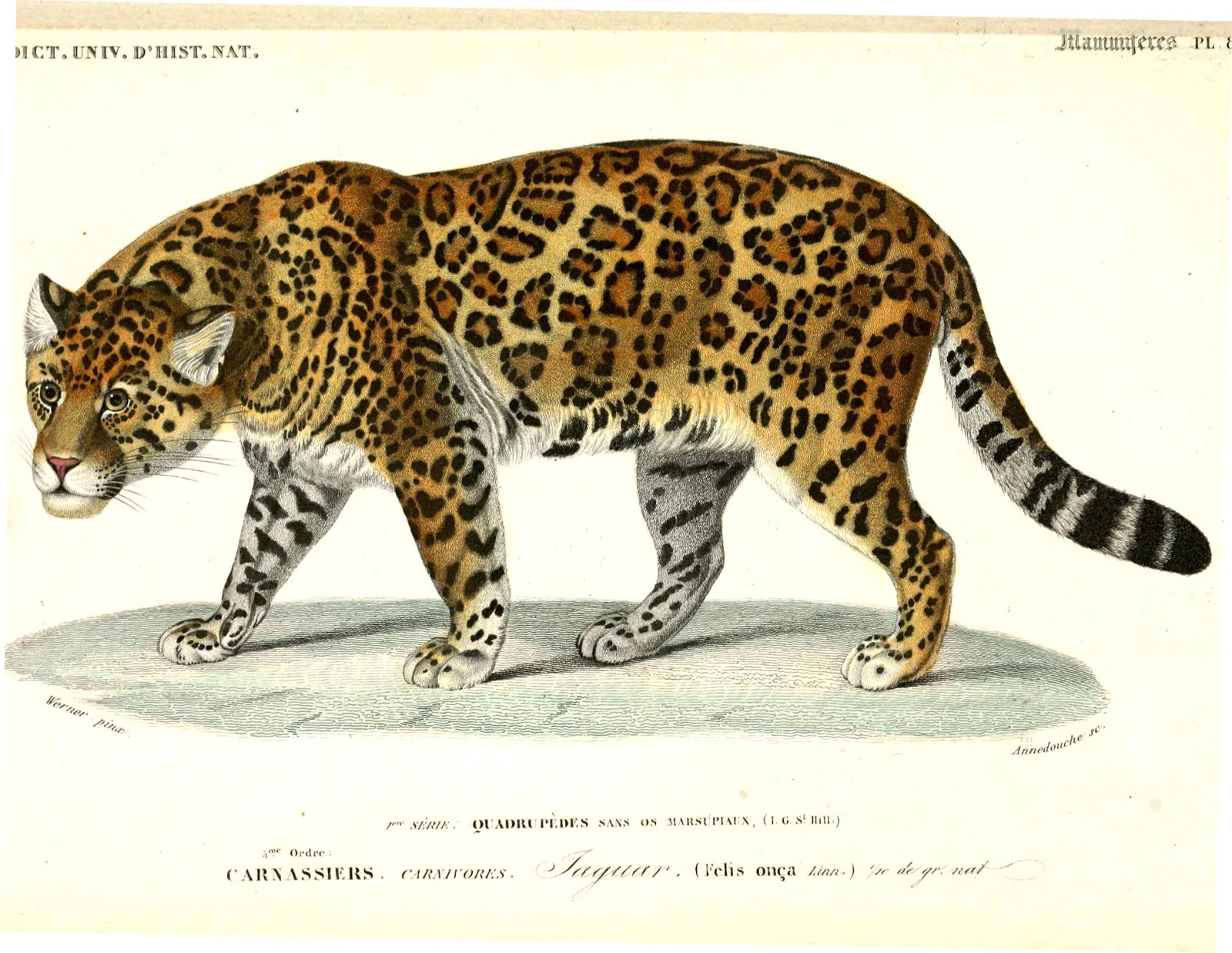 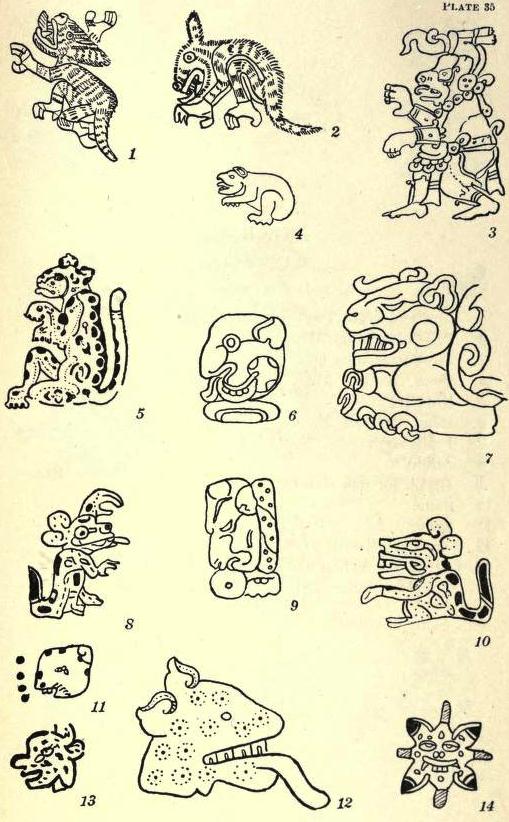 The jaguar a predatory animal symbolized strength, courage, associated with great Mayan warriors. Some scholars have also purported that the beautiful animal is the ruler of the Underworld. 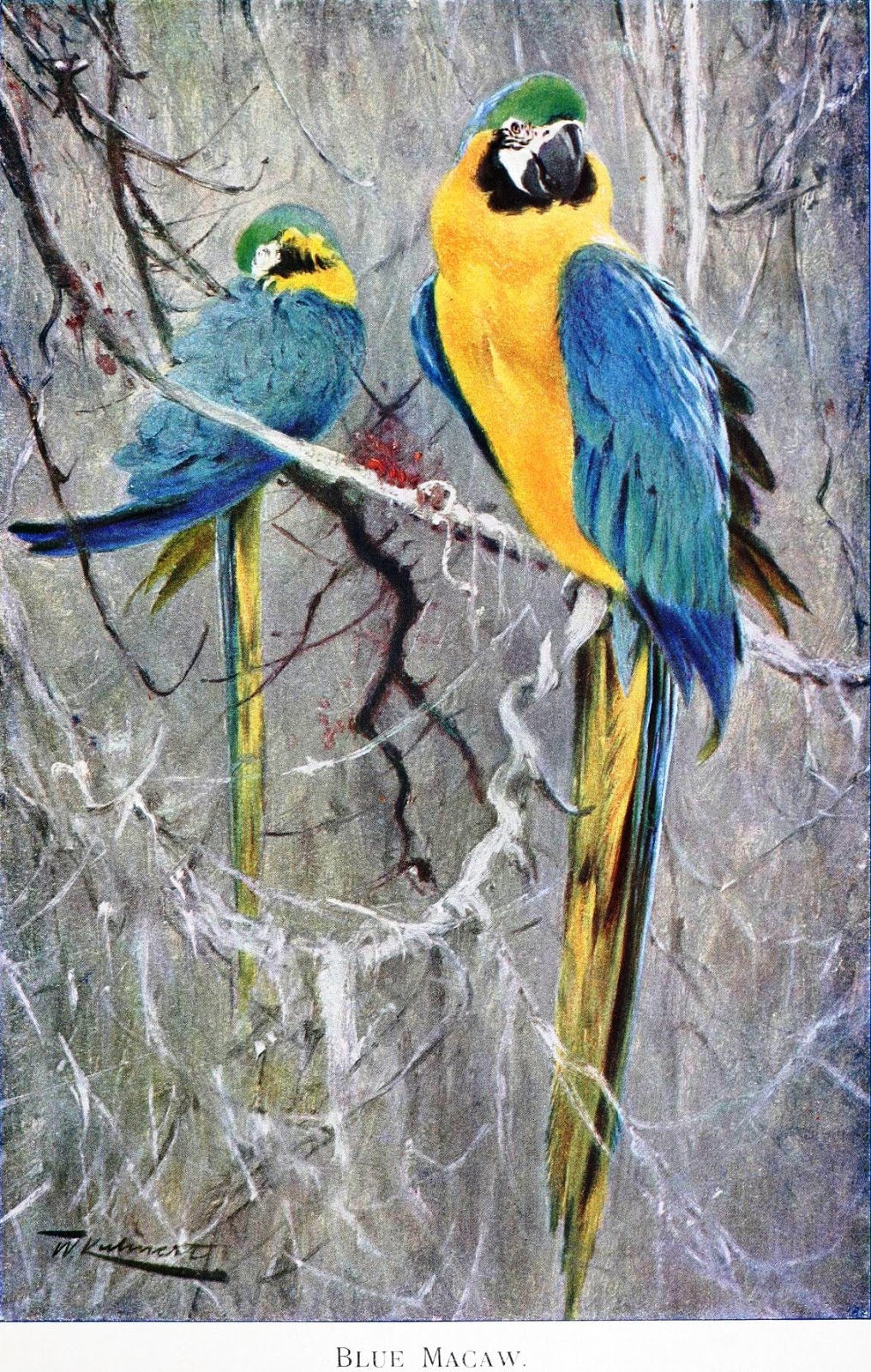 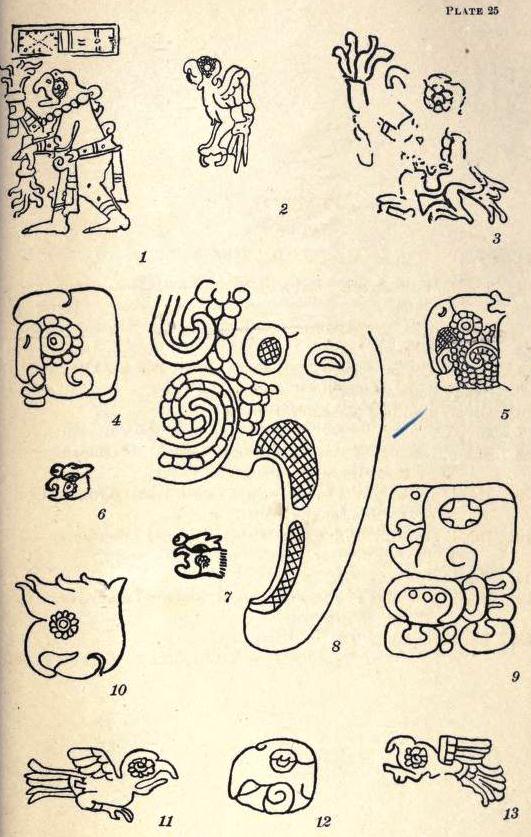 According to Tozzer and Glover, the  Macaw was one of the lightning beasts associated with the worship of fire and the sun. Their brilliant blue feathers were often used in ceremonial headdresses. 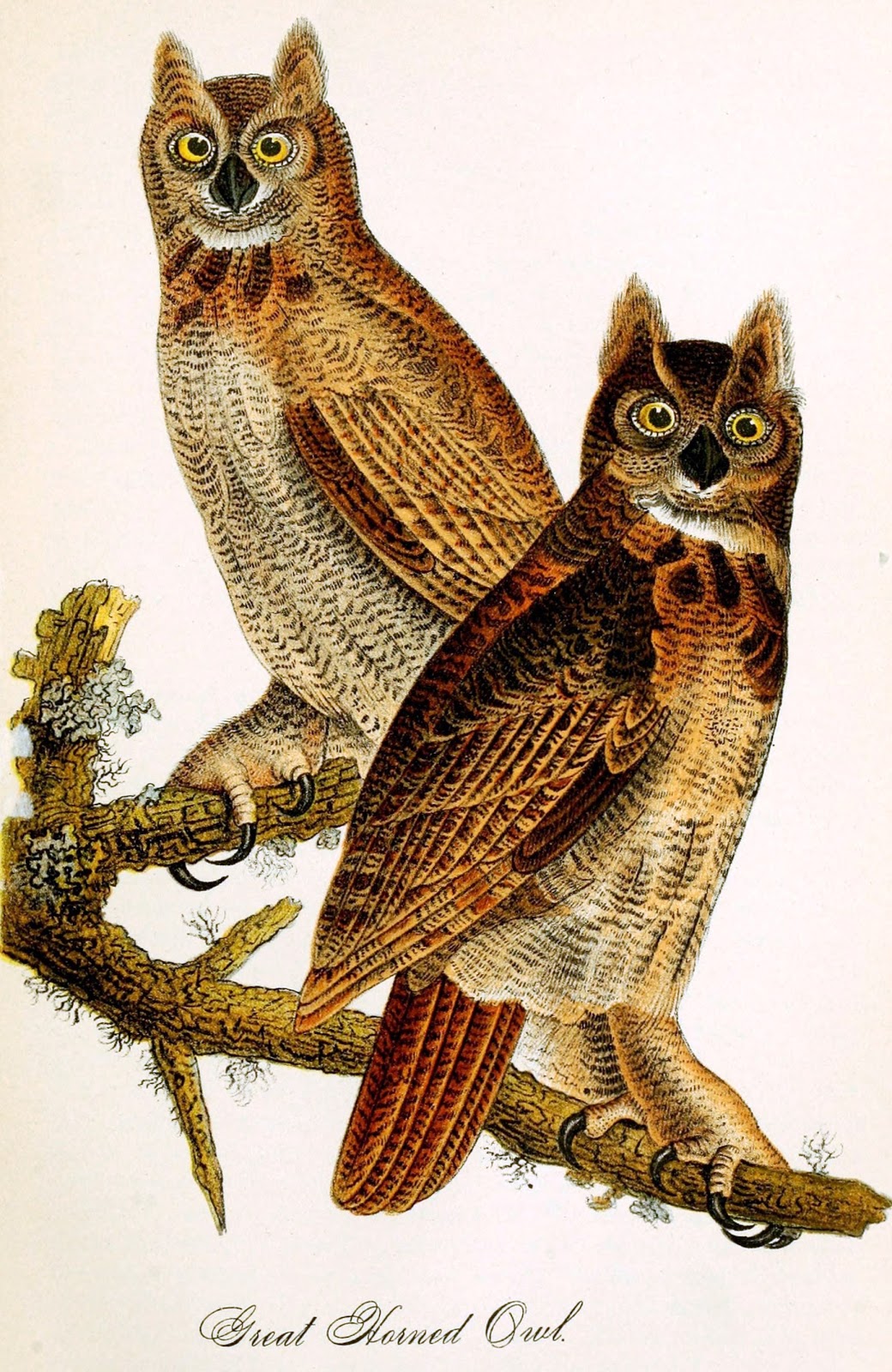 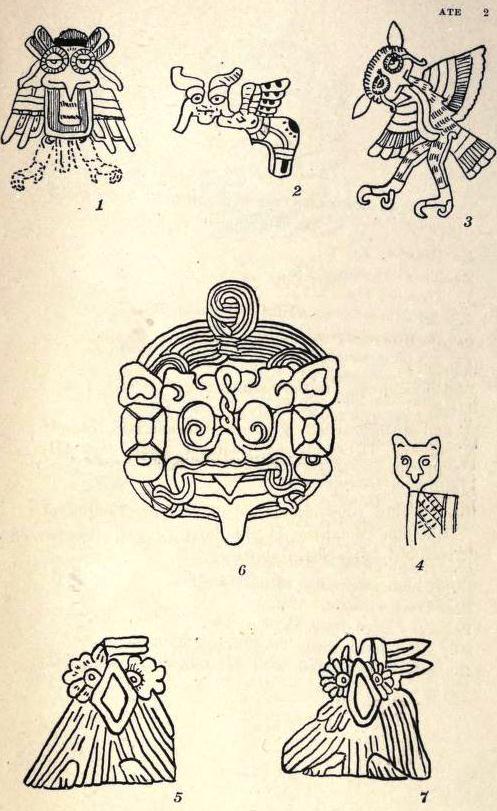 The owl is a symbol of death and destruction and is regarded as the Moon or Night God. The Owl resides in the  mythological “House of Drought,” unlike the serpent which occupies the “House of Rain”  therefore symbolizing life.< 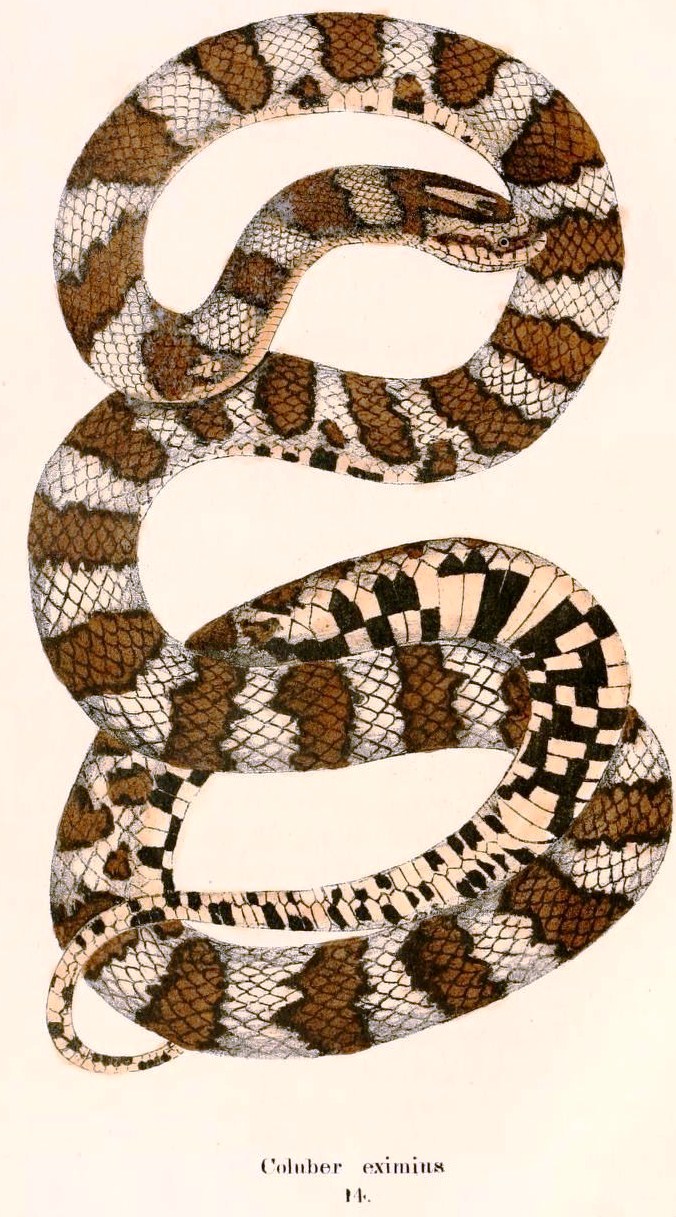 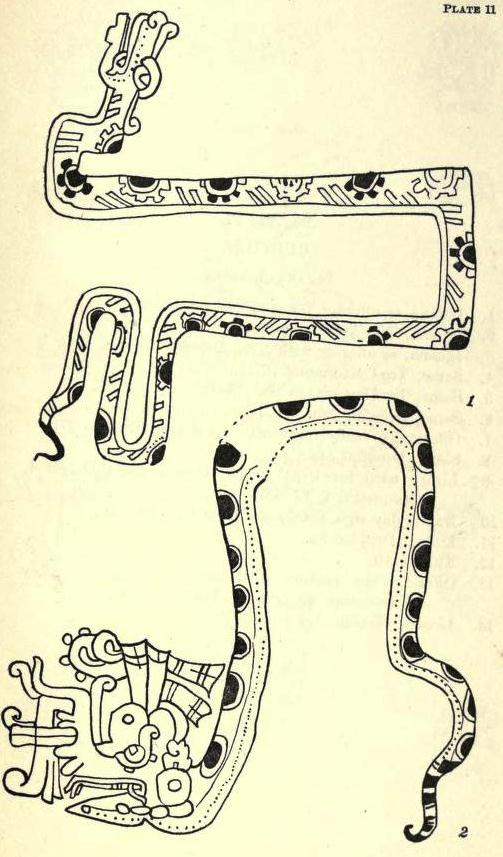 The serpent was extremely important for it symbolized the live-giving force rain, and thus regulated the annual yield of  crops. It is most likely that this association was made because snakes show themselves in large numbers before and after rainfall. 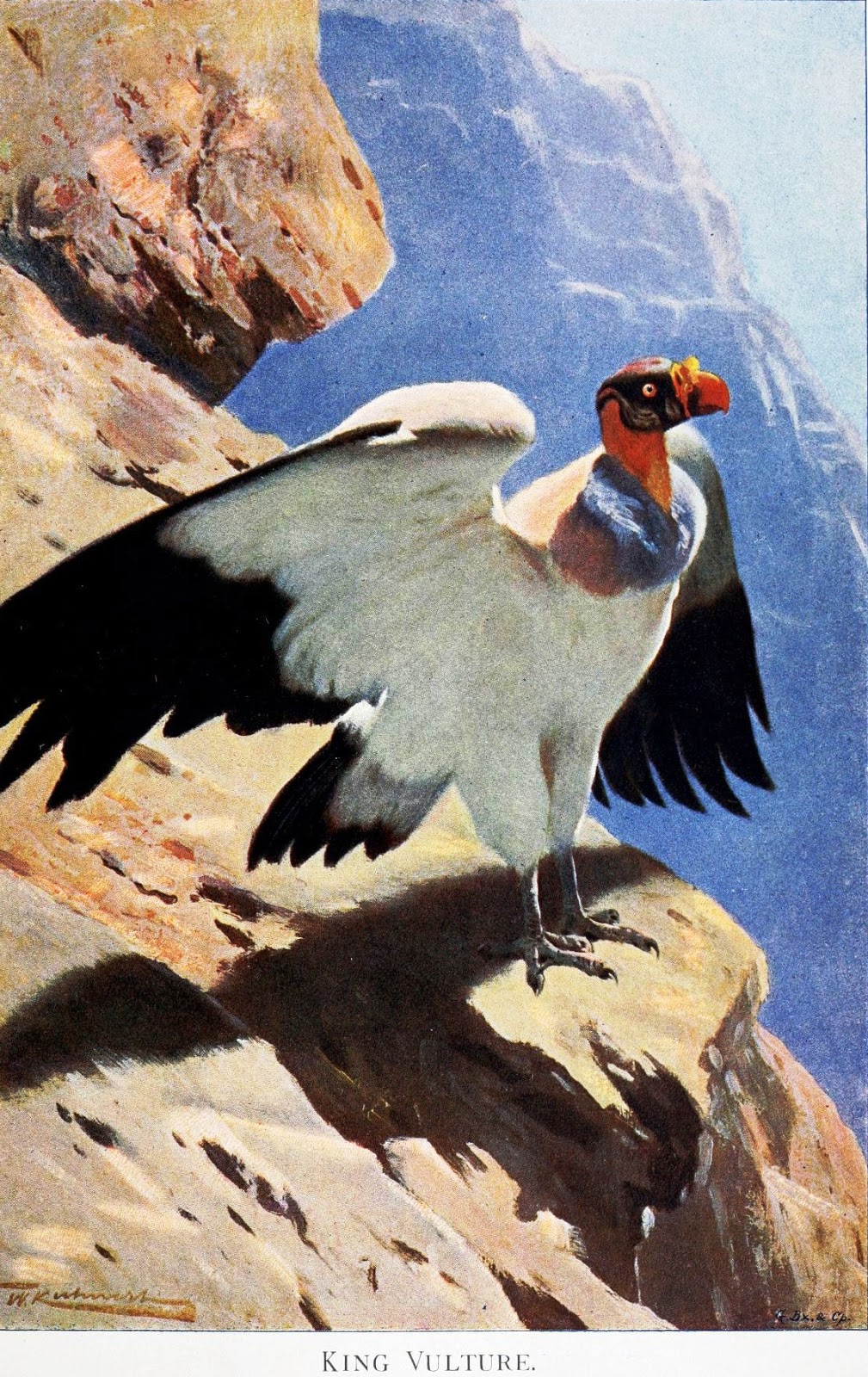 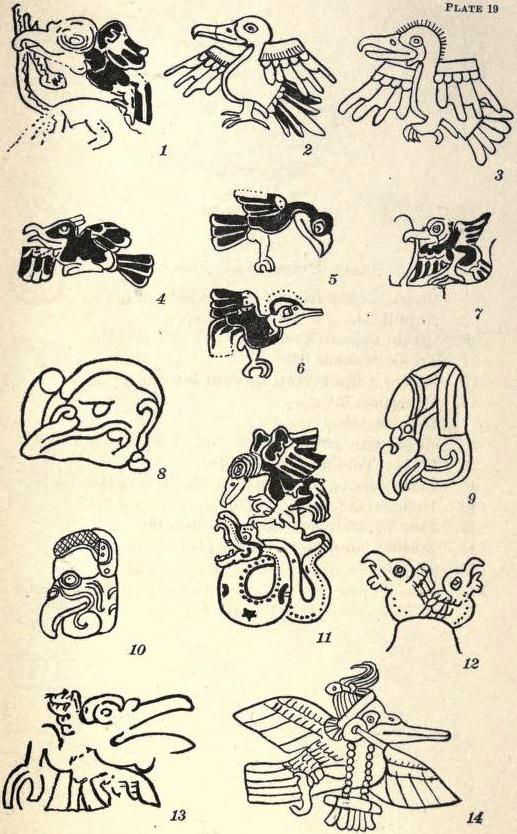 Scholars have speculated that the King Vulture symbolizes power as well as sacrifice. According to Mayan mythology ‘lesser’ Vultures would not eat until the King came down and plucked out the eyeballs and entrails of the dead. 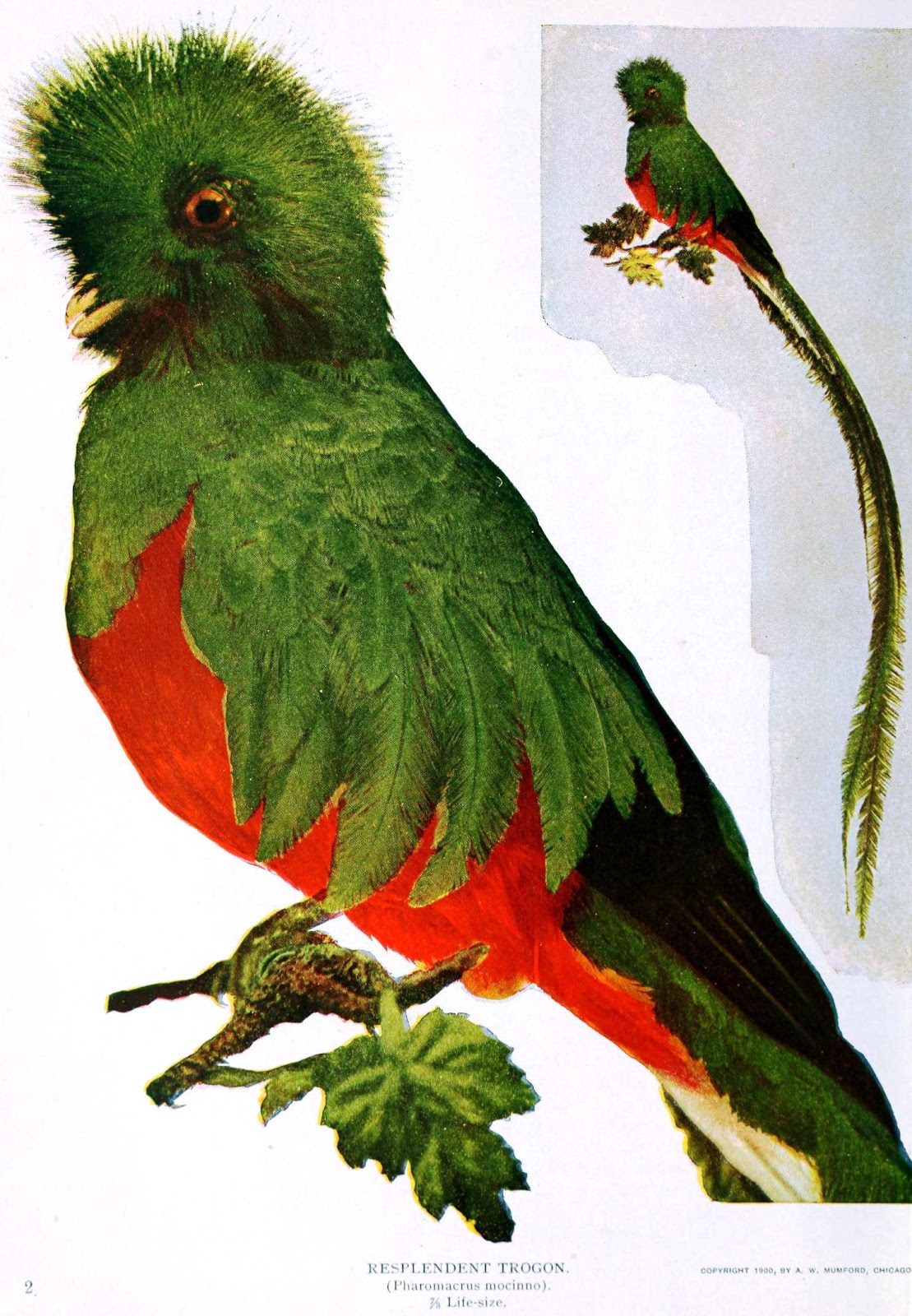 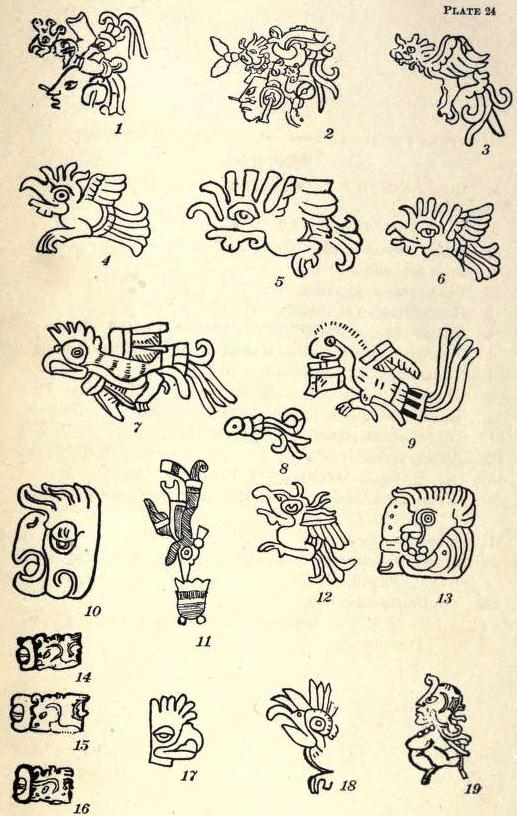 The Quetzal, meaning ‘large brilliant tail feather’, is a rare bird found in certain parts of Southern Mexico. Its brilliant green color and particularly long tail feathers made it a sacred bird to the Mayans that was reserved for use in headdresses of rulers. The bird is associated with the mythical hero Quetzalcoatl, the feathered serpent god, whom the Mayans mistook conquistador Hernán Cortés for. According to an account by Alexander von Humboldt, the Mayans were impatiently awaiting the return of this god because he would bring a time of great peace with him. Read more about that here.

Clearly, Mayans were more concerned with the cycle of life rather than the end of the world as we know it. In the spirit of their great culture, take the time to celebrate your continued life today. And if for some reason you were in a panic about the world ending, then calm yourself and visit NASA’s 2012 de-bunked website.You’ll surely feel better.

« Previous post
Is that an Elephant on Your Christmas Tree?
Next post »
The Wright Brothers, the Piping Plover, and the Seaside Amaranth