The Biodiversity Heritage Library thrives on international partnerships and collaborative projects. In the fall of 2021, representatives from BHL participated in a number of planning meetings and conferences in support of global biodiversity projects.

BiCIKL is a European-funded partnership with 14 partners from 10 countries. The objective is to improve infrastructure to create a Biodiversity Knowledge Hub that provides a full set of linked, open biodiversity data, including names, genetics, occurrence data, natural history, authors and publications. The end result will be access to data at all points in the research cycle. The underpinnings of BiCIKL are Open Science and FAIR (Findable, Accessible, Interoperable and Reusable) data practices.

Within the BiCIKL project, there are 12 work packages. While most of the work packages are of some interest to BHL, BHL Chair Constance Rinaldo is participating most consistently in Work Package 6: “Liberation of data from literature, next-generation semantic publishing and delivery of FAIR data.” The main goals are to rapidly find, extract and link information in published literature during as well as after publication. Plazi and Pensoft are key participants in organizing how literature and snippets of literature (location, taxonomic treatments, occurrence notation, figures and tables for instance) can be integrated into the Global Biodiversity Information Facility (GBIF) and made easily accessible in context.

During the week of 20-24 September, several teams from the BiCIKL technical community attended a hybrid hackathon, hosted virtually and at Meise Botanic Garden in Belgium. Teams worked on small pilot projects to extract data and test linkages among existing infrastructures. Constance Rinaldo and Martin Kalfatovic, BHL Program Director, attended the introductory and final sessions virtually. There were nine projects overall. The pilots that potentially reflect BHL interests included: Linking specimens with material citation and vice versa; Hidden women in science; and Enriching Wikidata with information from OpenBiodiv about type specimens in context from different literature sources. The higher level conclusions were: harmonizing APIs across platforms; the shared cloud facilitates collaboration; wikidata is very useful for connecting different infrastructures; and scalability/granularity will be ongoing issues. A summary of the hackathon was presented by Quentin Groom at the TDWG 2021 conference.

The GBIF GB28 was once again held virtually from 5-7 October 2021. GB28 brought together delegates and other representatives from GBIF participating countries and organizations. BHL Chair Constance Rinaldo represented BHL as Head of Delegation (non-voting), and BHL Program Director Martin Kalfatovic is the BHL Node representative.

Over the course of the meeting, reports from the GBIF Executive Secretary (Joe Miller), the Budget Committee, Science Committee, and Nodes Committee were presented. Updates from the GBIF Secretariat were delivered as well as the GBIF 2022 Work Programme and draft budget. 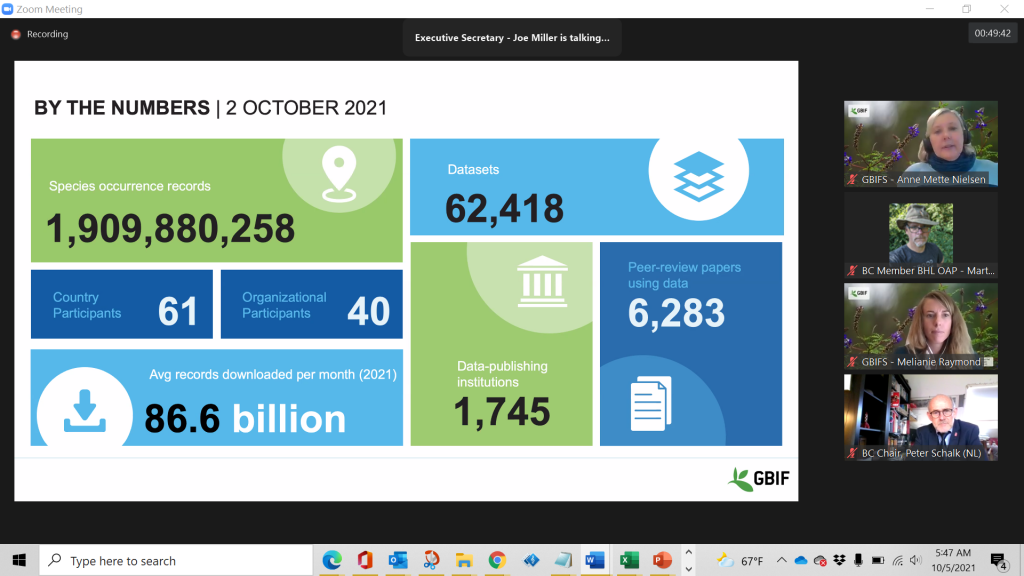 A highlight of the Governing Board meeting included the presentation of the winner of the Ebbe Nielsen Challenge. This year, an International team led by Alexander Zizka of iDiv won for creating a web-based tool linking natural science and political science. The tool, Bio-Dem, is an open-source web-app for exploring temporal and spatial relationships between the availability of biodiversity data and the dimensions of democracy.

The Young Researcher Awards this year went to:

In other actions, Belgium was selected as the host for the 2023 Governing Board meeting, and Martin Kalfatovic was elected as 2nd Chair of the Budget Committee.

Biodiversity Information Standards (TDWG) hosted its virtual annual conference from 18-22 October with a theme of “Connecting the world of biodiversity data: uniting people, processes, and tools.” Hosted by the University of Florida Biodiversity Institute along with the Florida Museum of Natural History and iDigBio, TDWG 2021 brought more than 400 attendees together via the Whova virtual conference platform. The community engaged in online discussions, interactive workshops, in-depth symposia, contributed oral presentations, and a TDWG 2021 Worldwide Bioblitz.

Moderated by Constance Rinaldo, the symposium included six talks from speakers around the world.

Discussions throughout the conference emphasized the need for better ways to extract and connect data from historic literature including the collections within BHL.

You can view a complete list of symposia, workshops, and discussion session descriptions on the TDWG conference website. All conference abstracts are published in the TDWG Proceedings 2021 in Biodiversity Information Science and Standards.

Colleen Funkhouser joined the Biodiversity Heritage Library as Program Manager in 2020, working to build strategic partnerships and to maintain and grow the infrastructure and services of BHL. A digital librarian with a background in biology, Ms. Funkhouser has previously supported academic and federal libraries with a focus on scientific research. She was first introduced to BHL as a Cataloging Intern for the Smithsonian Field Book Project in 2015. Ms. Funkhouser holds an MSLIS from The Catholic University of America and a BS in Wildlife and Fisheries Biology from Clemson University. 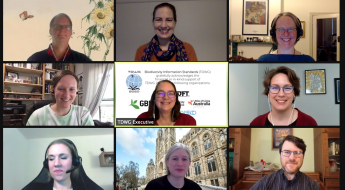 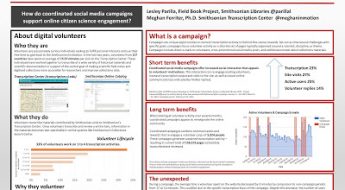