At the suggestion of Darwin’s friends Charles Lyell and Joseph Hooker, Wallace’s article, together with unpublished writings by Darwin on the subject of natural selection and evolution, were presented to the Linnean Society in 1858 and subsequently published in the Society’s journal as “On the Tendency of Species to Form Varieties; and On the Perpetuation of Varieties and Species by Natural Means of Selection,” with Darwin and Wallace as co-authors.

While important for its link to the theory of evolution by means of natural selection, Wallace’s Malay Archipelago expedition was also scientifically significant from a collecting standpoint.

Dr. George Beccaloni, Director of the Alfred Russel Wallace Correspondence Project (an open access archive of Wallace’s manuscripts), is working to catalog the animal species collected by him during his expedition. Not surprisingly, given the sheer number of specimens and the passage of time, this is a challenging endeavor.

“We know Wallace collected nearly 126,000 specimens: about 110,000 insects, 7,500 shells, 8,050 bird skins, and 410 mammals and reptiles, which ranged from Orangutans to Birds of Paradise, from land snails to cockroaches, from Birdwing butterflies to tiny parasitic wasps,” shares Beccaloni. “I have estimated that about 5,000 of them were new to science, but apart from the 295 species he described himself, there is no list of all the others – or the many species he collected which already had scientific names.”

Scientific literature is a valuable source of information on Wallace’s specimens, but locating the relevant publications is itself a challenge.

“I am collaborating with colleagues in Southeast Asia and at London’s Natural History Museum to produce a detailed list of the species Wallace collected,” explains Beccaloni. “It is a difficult task because the information about them is scattered through the scientific literature of the last 163 years, in an estimated 400 or more publications. To find these requires considerable detective work.”

Fortunately, the Biodiversity Heritage Library is making it considerably easier for Beccaloni to access the publications he needs for this research.

“BHL is an absolutely fantastic resource which is very important to my work,” affirms Beccaloni. “Locating mentions of Wallace specimens is tricky, but at least most of the articles are now available in the BHL. If they weren’t, it would mean going to a specialist library and searching through the physical publications, which would take a lot more effort and be logistically difficult.”

“The specimens can be digitized and the images and data made freely available on the Internet,” says Beccaloni. “Colleagues in Southeast Asia view this as ‘digital repatriation’ of the material Wallace collected in their countries.”

In addition to his work related to Alfred Russel Wallace (including the Alfred Russel Wallace Correspondence Project, Wallace Letters Online and The Wallace Website), Beccaloni is also a specialist in the taxonomy and ecology of butterflies and orthopteroid insects (especially cockroaches). He is the founder and author of the Cockroach Species File, a world catalog of cockroaches. Again, BHL provides access to key resources.

“For my work on the Cockroach Species File, I often need copies of old and often obscure taxonomic papers, which fortunately I am usually able to find in the BHL,” says Beccaloni.

Beccaloni’s favorite BHL feature is the ability to generate custom PDFs of relevant pages, eliminating the need to download an entire journal volume. To further improve the efficiency of his research, Beccaloni notes that the ability to search the full text of BHL’s collections for specific search terms (e.g. “Wallace”) would be of considerable value.

Full text search is a feature that BHL’s users have long-requested, and we are happy to confirm that its development is currently underway! Through increased research efficiency, full text search will enhance BHL’s ability to inspire discovery through free access to biodiversity knowledge. Stay tuned for more information on this new service.

Alfred Russel Wallace was truly a pioneer who left behind a considerable scientific legacy. Thanks to the work of Dr. Beccaloni and others on the Wallace projects, this legacy is being documented and made more accessible to a worldwide audience. We are proud to know that BHL’s collections are playing an important part in this valuable work. 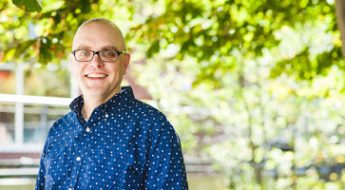 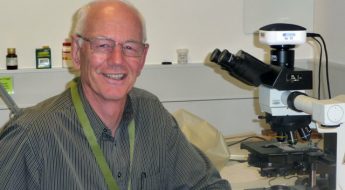 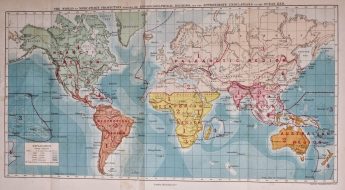