The Biodiversity Heritage Library (BHL) is revolutionizing the way scientific research is conducted by providing free and open access to biodiversity literature and archives representing over 500 years of scientific exploration, research, and discovery.

What’s so special about Historic Literature and Archives?

Historic literature and archival fieldbooks provide information that is critical to studying biodiversity. These documents are replete with data detailing the morphology, phylogeny and ethology of earth’s species. In many cases, this literature constitutes the only available knowledge for rare, endangered, and extinct species.

This information has a multitude of applications in modern-day science. It is used to populate species databases and datasets that inform present-day research. It not only allows scientists to study biodiversity, but also to save it by enabling new species identification and facilitating the development of holistic conservation methods that integrate all of the factors necessary for a species’ wellbeing into its overall protection strategy. Furthermore, the discoveries captured in historic literature provide the foundations upon which contemporary models, theories and disciplines are based.

Sadly, much of these publications and archival content are available in only a few select libraries in the developed world.

“Science is all about disseminating knowledge and building upon what has come before, yet so much of our knowledge of plants and animals has remained inaccessible to those who could make use of it,” laments Dr. John Sullivan, an evolutionary biologist with the Academy of Natural Sciences, Philadelphia and Cornell University. “This has been a big part of the ‘taxonomic impediment.’”

The Biodiversity Heritage Library is Alleviating the Taxonomic Impediment

The Biodiversity Heritage Library boasts a collection of over 45 million pages from over 150,000 volumes and has served more than 3.5 million people in nearly every country since its launch in 2007. Additionally, BHL has made over 93,000 of the illustrations within its collection available in Flickr, which in turn have been viewed over 80 million times. Services such as taxonomic name finding tools, custom PDF downloads, and open APIs allow users to easily locate and reuse these resources.

“BHL is radically changing the status quo and democratizing access to knowledge about biodiversity,” lauds Dr. Sullivan. “Now anybody in the world has instant access to the original species description in a couple of clicks!”

Open access to biodiversity data is beneficial on a global scale, advancing scientific fields more quickly and connecting scientists and their research more efficiently than ever before, especially in developing countries with traditionally limited access to vital resources. “[The Biodiversity Heritage Library] has done an enormous amount to enhance the capacity of developing countries to undertake taxonomic research on their biota,” asserts Dr. Dai Herbert, a malacologist at the KwaZulu-Natal Museum in South Africa.

The repatriation of knowledge can also help countries better assess, monitor, and protect their native biodiversity. Recognizing that “identifying the factors that shape biodiversity locally helps to preserve them better in the future,” the United Nations, through the Convention on Biological Diversity, requires every signatory country to “identify and monitor the biodiversity of the organisms within its borders.” Thanks to BHL, countries now have access to information about and catalogs of the species within their boundaries, which can be used to form the basis of national biodiversity indexes and direct local conservation efforts.

As we face a global biodiversity crisis that threatens the future of many species and habitats, unfettered access to biodiversity information has never been more important. 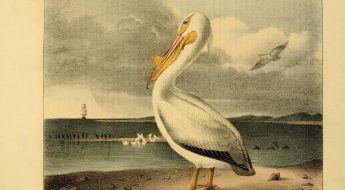 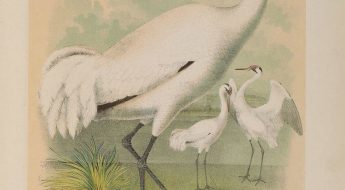 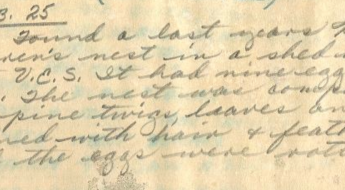